No State is immune to racism

This sorry statement comes from UN Special Rapporteur on racism, Githu Muigai, as he presented two reports to the UN General Assembly on Monday. His findings are a sad comment on Mankind's development, namely that racism and xenophobia plague every society. 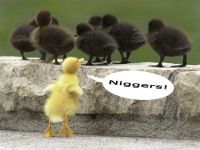 "Racism and xenophobia are not yesterday's problems; they remain an immense challenge for today" stated Githy Muigai, appointed UN Special Rapporteur on Racism, Racial Discrimination, Xenophobia and Related Intolerance by the UN Human Rights Council in August 2008. In the two reports he presented to the General Assembly on Monday, he expressed concern that there remains discrimination against people because of their religion or beliefs, there continue to be attacks on religious sites, there continues to be ethnic and religious profiling and negative stereotyping of religions, as well as negative ideas as towards migration and migrants and widespread xenophobia and racism due to a person's ethnic group.

The report is, in a word, shocking: "Be it the member of an ethnic minority who is attacked or killed in the context of a conflict due to his or her minority status; the individual subjected to stop and searches, interrogations or arrests, solely because of his or her perceived religious or ethnic background; the migrant, the refugee or asylum-seeker who faces daily discrimination due to his or her status as a non-citizen; or the football player who is insulted because of his skin colour - all these people unfortunately demonstrate the validity of my statement".

Worse still, Mr. Muigai declared that the practice of racism is widespread, and that no state is immune to extremist political parties, movements and groups, while pointing out that "racism may lead to genocide, war crimes, ethnic cleansing and crimes against humanity".

Migration, according to Githu Miugai, is one area in which the dehumanisation of the individual through hate speech can engender negative actions and incite people to acts of violence, including murder.

The report calls on nations to "be vigilant against extremist groups and to condemn and outlaw organizations and activities that promote or incite racial discrimination" while pointing out that "migrants, refugees and asylum-seekers, regardless of their migration status, are entitled to have all their human rights protected by the State where they live without discrimination".

Racism, the fear of the unknown. Racism, a puerile, knee-jerk reaction by an uneducated or misguided simpleton afraid of what is different, just as he is afraid of the dark. Racism, a perfect vehicle for an "us and them" mentality, in which black and white form the two extremes at the foot of the rainbow, without any ability to enjoy the beauty in between, a mentality where the "them" justifies the "us" and the weaker the ego, the stronger the need to portray "them" as an evil id.

When is the world going to come together as one, realizing that no human being can be "illegal" anywhere on a planet that belongs to everybody and to nobody any more than a migratory bird can be regarded as a trespasser when it flies over an invisible national boundary?

When is the international community going to start recognizing that when Europeans started globe-trotting, drawing lines on maps, wiping out civilizations, claiming this is "ours" and that is "yours" then yet again steps towards a globalized planet were being taken - again, because the great migrations in humanity's proto- and classical history had already seen mass movements of peoples on an intercontinental basis?

On the tenth anniversary of the International Space Station, now that our Governments and scientists have created a project which transcends all national frontiers, all ethnic, racial and religious divisions, which has housed men and women from almost all the corners of the Earth, Mankind as a whole should follow suit. After all, we are all Terrestrials, we are all human beings.