Some liberals, fewer conservatives and most Muslims are pathological

Now for the pathology of conservatives 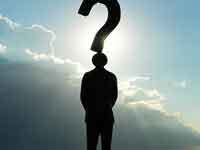 One way of illustrating these opposite natures is to compare attitudes toward national defense as expressed by two very different leaders. George McGovern, ultra-liberal, failed Presidential candidate, when asked in 1972 how he would get our POWs back after withdrawing our troops, replied, "I would go to Hanoi on my knees." Compare that to General Curtis LeMay, whose critics have characterized him as a belligerent, warmonger (even nicknaming him "Bombs Away LeMay".) General LeMay was cold warrior, who was portrayed in the satirical film Dr. Strangelove in the dual roles as the trigger-happy General Jack D. Ripper, played by sterling Hayden and Gen. 'Buck' Turgidson played by George C. Scott, who also played another "strong" man, General George Patton. General LeMay is credited with coining the phrase "Nuke ‘em ‘til they glow."

All these conditions for extreme liberals and conservatives have specific definitions in the DSM-IV and usually occur in clusters; if you have one you probably have several. Most, if not all of them, are available on the internet, so please don't start making comments or disagreeing with me until you familiarize yourself with the actual diagnostic regimen.

It is important to remember that we all have traits that tend toward disorders. It is only when the traits become extreme that it is accurate to think of them as pathologies. Without being so technical, most of us can discern the difference between an ordinary liberal and an extreme liberal. This is likewise true for conservatives.

No matter how pathological American liberals and conservatives become, I doubt they will ever be as dangerous to mankind as the radical Islamic sect. I believe that the majority expression of today's Islam is pathological. There are also notable and noble exceptions to that majority. Muslims are people. Islam is a multifaceted thought paradigm. Individual Muslim people exposed to the larger religious pathology are not all going to get sick, any more than everyone in an epidemic dies. In fact, one of the most important fields of research in epidemiology, the study of disease, is to study those who do not get sick when exposed. Maybe there is a clue there for us in dealing with Islam.

Next, it isn't just Islam. Those of us who study religion as a sociological phenomenon see religions as divided into different categories than do the practitioners of religion. For instance Confucianism and Judaism are both "wisdom" religions. Old Testament Judaism was a ritualistic/legalistic religion. When the temple was destroyed, it was impossible to observe temple rituals, so ritualistic Judaism morphed into a wisdom religion. Today's leaders of Judaism have the title Rabbi, "teacher" rather than "priest."

"Fundamentalism" is a specific sect that shows up from time to time in all the major religions.

The main characteristics of fundamentalism are:

1. Selective/Narrow - Fundamentalist religions are very selective about what they embrace and accept from the main stream of their religion. Christian fundamentalists are ignorant of most Christian tradition, and are very selective about which scriptures they read or quote. Trained theologians call this "proof-texting," meaning they find a text to "prove" what they already believe. Non-fundamentalist Christians use a different yardstick for scriptural interpretation. Intellectually-honest Christians will ask, "What is the full testimony of the scriptures?" What is the message of the entire body of scripture verses relevant to a particular subject? Islamic fundamentalists ignore classical Islam and the traditions of Islam. They focus on those passages in the Koran that talk about infidels, and ignore the passages about compassion.

2. Static/Entropic - Fundamentalist religions are very reactive to change. They want things to stay the same. They fear modernity and they can not be comfortable with ambiguity. They must slow the world down and simplify thinking to the point where it will fit on a bumper sticker. Fundamentalists are not sophisticated thinkers. They have primal anxiety reactions to change and to complicated, uncertain thinking. By contrast, Paul Tillich, the preeminent protestant theologian of the twentieth century, became known as the ‘Apostle to the Intellectuals' because his intellectual quest was to communicate the Christian faith to humanistically educated skeptics. To quote Paul Tillich, "Doubt is not the antithesis of faith. Doubt is an essential element of faith. Without doubt there is no faith, there is only dogma." That describes a living faith, and is the opposite of an entropic religion.

3. Supramoral/Anti-social - This is the aspect of fundamentalism that is criminal and psychotic. The fundamentalist Christian who decides his "morality" is so important and right that it is ok to kill abortion doctors is close kin to the guys who flew airliners into the WTC. Entropy is just another name for death. Fundamentalists are anti-life. Wait, you say, fundamentalists are opposed to abortion. Yes, but they are praying for the end of time when all mankind will die and a select few will become spiritual beings, very similar to Islamic fundamentalists. This anti-materialism is a left-over heresy from the early church. Main stream Christians are more likely to say "It is more important to be loving than it is to be right." Maybe they would say, "People are more important than ideas."

So here is the gist of my thinking. Islam is a "Poster Child" for a desperately-needed, twelve-step program called "Fundamentalist's Anonymous." The big problem is that Islam is about one thousand years behind the development of other world religions. Hundreds of years ago Christians were doing the same things that Islam is doing now. When any selective/narrow, static/entropic, supramoral/anti-social group is so sure that their idea is so important that they are willing to kill everybody who does not agree, they are of mortal danger to our planet. The Islam of today is dangerously fundamentalist. Most people do not understand the high degree of danger the world is exposed to by Islam. When the practitioners of Islam start cleaning up their own religion, I will believe that Islam has turned the corner and is reversing its destructive trend toward pathology.

That is a perfect segue to my next major point. I find it predictable that Dr Wafa Sultan, a psychiatrist from the Middle East would accurately see the symptoms of a sick Islamic religion.

Keep in mind that a diagnosis does not require that the person be completely sick. When it comes to individual humans, they only need to be "significantly" dysfunctional to accurately be assigned a diagnostic code. "The murderer, when he is not a murdering, walks through the meadow with his daughter and picks flowers for her." Hitler was kind to his dogs. What? Am I supposed to believe that Hamas is moral because they do charity work? As I understand it, Ted Bundy was charming, socially appropriate, and had many friends.

My next door neighbor who lives in this "up-scale" neighborhood was stabbed in the stomach and his wife was slashed in the breast by a person with the same mind set as fundamentalism. "Whatever I want is more important than you and yours." How would you respond to a psychotic invading your bedroom?

I wish I could remember the spiritual teacher's name who, after a long sermon on non-violence and peace, was asked how he would respond to a robber in his home. He responded, "I would beat the crap out of him and call 911. If that didn't work I would kill him, if I could."

Well said! I suggest the same policy toward Islamic fundamentalism, before it is too late.

Rev. Sam Sewell is an ordained Christian clergyman, a psychotherapist, a member of Mensa, a U.S. Navy Veteran, and a Member of the Association of Former Intelligence Officers. He is a frequent commentator on religious and political issues.