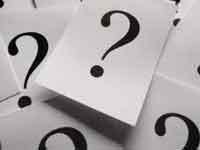 My purpose here is not to persuade or debate, but to make clear my own thinking on this subject. The very nature of the pathology I write about precludes listening to opposing views or being rational. Another name for the pathology I describe is "true believer".

For a philosophical perspective on group pathology, please familiarize your self with Eric Hoffer and his book "The True Believer". If you have any familiarity with the story of Jim Jones and his Jonestown Kool-Aid mass suicide, or of the group suicide of the members of the cult who found new meaning in the passage of the Hale Bop comet, or of the mental make up of those who bought into the seven seals dogma of David Koresh in the fatal Waco fiasco, then you will recognize that which Hoffer describes. Read this book for further insight into the fanaticism of the holy warriors of Islam, and perhaps it will steel your resolve for the long struggle.

I hop around the internet forums quite a bit. In fact I have taken to deliberately provoking debates and keeping track of the irrational responses, personal attacks, ad homonym arguments, logical absurdities, hyperbole, extreme examples (would everybody please quit comparing your favorite villain to Hitler,) and hard-headed, narrow-mindedness in general.

I have been collecting on-line responses to illustrate the premise that members of "movements" have certain predictable responses to information that contradicts their "faith" or "party line." In almost any "faith group" there are beliefs that are irrational and will not stand up to logical examination. It is amazing how political parties, special interest groups, advocacy groups, religions, doctors, nationalists, philosophical schools of thought, and even scientists, are so narrow minded about information that contradicts their particular paradigm. If you want to see this kind of pathology rear up in front of your own eyes, try some of the following experiments:

1. With black forums: present conclusive historical documentation that the American slave trade depended on Black African chieftains who either sold their own tribe members into slavery or captured other tribe members and sold them as slaves to the Arabs who controlled the slave trade. I add the historical fact that it was white abolitionists who ran the "underground railroads" and ended slavery in America.

2. With fundamentalist Christians: present solid evidence that the Bible is not literally true.

3. With the NRA members: present several of the solid studies which support the premise that having a gun in the house is more dangerous than remaining unarmed.

4. With law enforcement officers and law and order advocates: I present many studies which reveal that almost any alternative sentencing program results in less recidivism than imprisonment or punishment.

7. With homosexuals: present evidence that "gayness" is not genetic and that Dean Hamer, a homosexual and molecular biologist, is under investigation by the federal Office of Research Integrity for fraud connected with his highly touted "gay gene" study.

8. With feminists: present over 100 social science research studies on domestic violence showing that women are at least as violent, if not more violent, than men in domestic settings.

9. With Republicans: talk about the very real accomplishments of the Clinton administration.

10. With Democrats: point out that it was the Republican policy and Republican leadership that won the cold war.

In our little informal study we check for 10 standard responses and rank the willingness to accept conflicting information accordingly.

Typically, people have very low evidence standards for accepting the validity of things with which they agree, and very high evidence standards for accepting things with which they disagree. An example: Feminists seem perfectly willing to accept law enforcement statistics as an accurate description of the domestic violence problem (low standards for accepting.) Scientific studies are far more reliable in presenting an accurate view of the problem. However, the scientific studies clearly show that domestic violence is a two-way street. Therefore, feminists clutch onto misleading Justice Department statistics with the same obsession that Silas Marner clings to his gold, while at the same time denying the validity of statistical evidence with the same narrow minded belligerence of a fundamentalist who is confronted with evolutionary science (high standards for accepting.)

Another example of narrow-mindedness is a comparison of scientific thinking skills between a group of PhD scientists and a group of Protestant Ministers. These men were advised that "science" had already determined the "four correct" (there were actually more than four) solutions to a given problem. Both groups were given an ample amount of time to construct rules governing the behavior of certain variables. The Ministers conducted three times as many experiments before they offered an answer. The ministers were only half as likely to return an answer that had already been disproved. The ministers were three times slower in venturing to offer their first hypothesis. The ministers found twice as many acceptable solutions to the problem as the scientists. In other words, the Ministers were far more "scientific" in their thinking than the PhD scientists. It seems the scientists were more indoctrinated with their brand of dogma than the ministers.

The American public is beset by a plethora of irrational delusions which are widely believed. There is a very serious problem in this country with "advocacy research" and "True Believers." The public needs to be educated to know that fanaticism and propaganda is all around us, and it is very dangerous.

To date the most pathological group I have yet discovered is a web site called "Democratic Underground." http://www.democraticunderground.com/
I see modern liberals as far more influenced by "true believer" type pathologies than traditional Democrats and conservatives.

Now on to the pathology of some liberals.

There is much discussion by political sages of the Right about the roots of liberalism being entwined with human weakness and pathology.

Some of the issues being raised are:

These are just a few of the indicators of "character disorders" seen in liberal thinking, feeling, and behaving. It is fascinating to me to look at "collective personality traits" and then diagnose them as if they were individuals. Buy yourself a DSM-IV (Diagnostic Service Manual) and have some fun. Another excellent book on pathological personality traits is "New Personality Self-Portrait" by John Oldham, M.D. who wrote the Personality Disorder section of the DSM-IV.

Personality disorders are different from other mental health problems. Personality disorders are extreme examples of traits we all have. For instance, if I carefully planned every detail of a trip I was taking and packed my suitcase in an orderly and through manner; I would just be a conscientious person. If I took so much time planning and packing that I missed my plane, I would be diagnosed as having obsessive/compulsive disorder.

Those drawn to definable political philosophies might also exhibit personality traits that become so extreme they could be called pathologies
In general the Liberals would represent the "weak" disorders. Liberals may be dependant, self-defeating, avoidant or passive-aggressive.

For those of you who care to further familiarize yourself with the "weak" disorders that characterize liberal pathologies, here are the names and a link for more information:

One of the significant indicators of pathology of personality is an inability to act in one's own self interests. This also has to do with self loathing. You can see this manifested in liberal "hate." A good example is the left's attitude toward President Bush. It seems to me that if one hates with that much venom one must have self hatred first. I may not be fond of the likes of Michael Moore or John Kerry, but I sure can't be bothered working up the energy to hate them like liberals hate "W."

Many liberals seem to be unable to act in a clear path of self-interest, even the interest of their own country. Guilt contains some of the main elements of the "liberal" self loathing. I have had many clients raised in an atmosphere heavy on guilt; they had tremendous amounts of fear (fear of failing, fear of being found wanting, etc.) always a sort of low-level, non-specific sense of guilt. These are the perfect specimens to become card-carrying "liberals." I should feel guilty because there are others in need, I should feel guilty because my country is so much more prosperous than anyone else's, I should feel guilty because my army can beat up their army, etc. (The CIA sucks, we are stupid, we are evil, we are greedy.)

The liberals are a good example of insular thinking. They reinforce each other constantly, and instantly crush any idea competing with their "party line." All "movements" do this, including the extreme right wing. This is another symptom of the "True Believers" pathology. This is one of the things that make political groups so dangerous. "All movements go too far." Bertrand Russell. There are none so blind as those who refuse to see.

Rev. Sam Sewell is an ordained Christian clergyman, a psychotherapist, a member of Mensa, a U.S. Navy Veteran, and a Member of the Association of Former Intelligence Officers. He is a frequent commentator on religious and political issues.