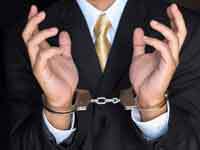 The American media would have you believe whatever they want you to believe. If they don't say it, it aint true! If they don't show it, then it's not important. They know what is best for you so shut up! The Democratic party has ABC, CBS, NBC, MSNBC and CNN on their payroll. As I wrote in my article, "Valma Hart, Voice of America", "The American media treats black conservatives like slaves". Actually, they treat all good people that way.

Abraham Lincoln wrote the famous "Emancipation Proclamation" that legally freed all black slaves in the South during America's Civil War. Lincoln was a Republican. The North was the home of the abolitionists who wanted to eliminate slavery in America. Remember, there was no slavery in the North.

The Democrats were in the South. Most Democrats opposed the Civil Rights Act of 1964 which made discrimination against blacks and women illegal in America and ended segregation. Yet, this is not widely known. Investigative journalism in America is rare and non existent when it comes to unveiling this truth. Maybe American journalists never took history in college. Maybe journalists had no money for books? Too bad, so sad.

Among the Democrats who voted against it were Senator Byrd and Chicken Little's father, I mean, Al Gore's father, Senator Albert Gore, Sr.. Fortunately, Republican votes made the Civil Rights Act a reality. In other words, if it were not for the Republicans there would still be discrimination and segregation. You wouldn't know that from our obtuse American media today.

I say this because there are many examples of the American media accepting anything the Democrats say as truth for the last several decades. It has been a show to sell us anything so they can stay in power and grow in that power. A side show along the lines of a snake oil salesman who swears he is here to help you but instead robs you blind.

When Democrat Sen. Robert Byrd of West Virginia died this past July , Obama said, "it seems to me that his life bent toward justice" . Why didn't the media ask him, "Uhhhh, Mr President, Sen. Robert Byrd was not only a member of the racist KKK, he was very active in it. He was active against blacks. Mr. President, how can you call that justice???" All I heard were crickets in the room as Obama continued to talk. Who gave Obama a free pass?

Even Slick Willy, (AKA Bill Clinton) said about Democrat Sen. Byrd's membership in the triple K as, "maybe he did something he shouldn't have done... he spent the rest of his life making it up." OK, nice try, Bill!

Making it up??? Democrat Byrd personally spoke against the Civil Rights legislation for over 14 hours June 9 & 10, 1964. Making it up? That's like saying Stalin had made up with Germany by sending them barb wire. Maybe for the KKK he was making up.

Voting against a law that would end discrimination against blacks. Riiiiiiiiiight! Ole' Slick Willy and his charm. "How do I love thee? Let me count the ways", said silly Billy. I love thee to the depth and breadth and height My soul can reach." Yes, not a soul asked Clinton that day regarding the KKK. "Let 'em eat cake," screamed Hillary.

Why didn't they ask? "Well... that would be rude to ask during the funeral", the media would say. I would remind them ever so delicately, "HE'S ONLY BEEN A SENATOR SINCE 1959!!! Before most of you journalists were born! Maybe you forgot, huh? Too lazy to ask?

The Democrats called the Republicans "racists" recently (or should I say again?) The American media sees every word the Democrats say as ice cream and eat it up. "Yes, it must be true. Republicans must be racists!", the media agrees. No one questions it. The "Tea Party is racist. It has to be true!" TV says so. ABC, CBS, NBC, MSNBC and CNN all say so. Even all the newspapers say it is true!

Who was that woman last August at the Washington D.C. tea party? Martin Luther King's niece? Alveda King? "Oh she's nobody", said the media. "She's another crazy nut. She doesn't agree with us!"

Alveda King proclaimed last August, "If Uncle Martin could be here today ... he would surely remind us that as brothers and sisters, united by one blood in one single race, the human race, we are called to honor God and to love each other." The purpose of the "Tea Party" rally was "to focus on honor and on the content of our character, and not the color of our skin," echoing the words of her uncle's famous speech of 1963.

I look at the journalists who sold their souls to the devil and chide them for it. Rev Wayne Perryman asks the more in depth question, ""Why are most blacks in America, Democrats??? "His book, "Unfounded Loyalty: An In-depth Look Into the Blind Love Affair Between Blacks and Democrats," is something to behold.

His newest book, " Whites, Blacks & Racist Democrats" The Untold History of Race and Politics within the Democratic Party from 1792-2009. It clearly shows the Democrats as KKK supporters and proves the Republicans gave their lives to end slavery.

Another book, "Unveiling the whole truth". Clearly emphasizes the warped American media. Rev Wayne Perryman's investigative journalism demonstrates the past headlines from newspapers and TV should have been:

"Democrats Convinced Bush & Others That Iraq Had Weapons of Mass Destruction."

"The Katrina Disaster: It Started Before Bush Took Office."

The Race Card: The Liberals Played it to Launch the Abortion Movement in America"

"Bush: a True Friend of Black and the Poor"

Forgive me for quoting Rev. Perryman so much, but he is a true leader in every sense of the word. If the American media will not pay him notice I will.

The American media makes Rev Wayne Perryman an invisible man in America. Just like Alan Keyes, who ran twice for president of the United States of America. If you ever met the smartest man to run for president you met Dr Alan Keyes. In America, if you are a conservative and a minority you are invisible to the media. Perryman and Keyes are on the side of truth. The media and the Democrats are not.

Oh, I can hear another atheist journalist chuckle, "Rev Wayne Perryman, another religious nut!" Well, let's match the qualifications of each. A journalists education consists of a bachelor's degree in journalism or mass communications from a liberal school. Maybe a master's or Ph.D. degree in journalism. Just a lot of class room time in front of a computer. Wow!

Rev Wayne Perryman is a former newspaper publisher, radio talk-show host, and corporate employment relations consultant. He is a Minister in Charge of Church Administration for Mt. Calvary Christian Center Church of God in Christ. He has his own consulting firm. Per his website he "specializes in conducting fact-finding investigations on behalf of inner city plaintiffs who are unsuccessful in obtaining representation through law firms and community agencies. During the past 25 years he has settled over 90% of their discrimination cases". Wayne Perryman has written several books and started many charitable organizations.

Perryman is invaluable. You know a tree by its fruit. Rev Perryman has helped more people than the all media put together. The media knows the Democrats are racists. They know the Republicans have helped more. The media, like their friends the Democrats, value money and power. If Rev Wayne Perryman is not given the spotlight in their circus, then so much the better for them. American media on the side of truth??? LOL! They're still behaving like slave masters on the plantation.