Continued: Read Part I and Part II of the article 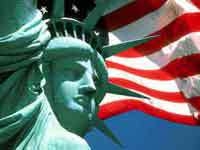 Teen violence is a serious problem. An average of 15 young people are killed each day in the U.S., and over 80 percent of those are killed with guns. In 2004, 750,000 young people were treated in hospitals for violence-related injuries.

Teen suicide is a very real problem in the United States. With many pressures and variety emotional, social and family issues to confront, many teenagers find themselves having suicidal thoughts.

Education: Why American students dropped to near the bottom in education compared to other world countries? It is not mainly because the quality of their teachers, or because the U.S. has 180 days per year, compared with 220 school days in other countries, or because the U.S. don't expend enough money for education. NO, it is because the U.S. public school curriculum has been engineered by the United Nations Globalists in order to keep your children ignorant, dumb and manageable, the Globalists know that it is impossible to rule and control a godly, and well educated people, that's why they want your children godless and stupid.

Crime: Some skeptics claim that the least religious nations are more healthy and successful, but the facts tell a different history. Since 1964, the U.S. crime rate has increased by as much as 350%, and over 11 million crimes were reported in the year 2007 alone.

Drug and Alcohol Abuse: In America, it's a fact of life that most illegal drugs can be easily attained by asking around, and although possession and or distribution of illegal drugs can carry stiff penalties, it is not enough to break the hold money and drugs have on drug traffickers, dealers, pushers and junkies alike. Even the uses of alcohol and prescription drugs are on the increase.

Poverty, the number of people in the U.S. who are in poverty increased among the working class approaching 1960's levels, which led to the national war on poverty.

Illegal Immigration: According to the Homeland Security 2009 Yearbook of Immigration Statistics, August 2010, Under Deportable Aliens Located: Fiscal Years 1925 to 2009, under Enforcement Actions, Page 91, and Table 33. The chart shows the number of Deportable aliens by Border Patrol apprehensions and ICE administrative arrests, of course Homeland Security doesn't have an exact number of aliens that were able to evade detection, and those choosing to remain holding expired Visitors Visas, H1, H4, H-1B, L1, L2, Student Visas, Visa for Medical Treatments, and Visas under the Visa Waiver Program.

On July 1, 1863, on the first day of the battle thousands of soldiers had been killed outright and now they were lying in the hot summer sun on the Gettysburg battlefield. The stench was unbearable, so they were buried as quickly as humanly possible right on the spot where they passed into eternity. And on November 19, 1863, President Lincoln in his famous Gettysburg Address dedicated a portion of the battlefield "As a final resting place for those who gave their lives that this nation, under God, shall have a new birth of freedom, and that government of the people, by the people, for the people, shall not perish from the earth."

But if President Lincoln could be here today, he would be greatly shocked and saddened to learn that those men who gave their lives in the battlefield of Gettysburg died in vain, since America is no longer a nation under God, and the era of the government of the people, by the people, and for the people is long gone. Americans choose to forget their Lord and Master Jesus Christ, as result they are well on their way to serfdom, especially their innocent children and grandchildren who are being herded and brainwashed like vulnerable sheep through public education.

Christians are so deluded by sin, that coming November they will run to the voting booths thinking they are pulling the lever of change once again, by voting Republican, but they are too deceived to realize that the Republican and Democratic parties are attached to the same set of strings which control and manipulate the present occupant of the White House, and most Politicians in Washington DC, and also the Clergymen of America.

Americans don't realize that the vacuum created for the past fifty-six years by pastors hiding behind the IRS 501c3 Tax-Exempt Code is now being replaced by Islamists eager to take over the culture by imposing Sharia Law, which all members of Islam must adhere or face severe penalties including death, and by the elimination of the U.S. Constitution.

The Lord is holding back the immediate catastrophic destruction of America for the sake of his few chosen, called, and faithful followers, and it really doesn't matter if we have Tom, Dick or Hussein as president, since Obama is another puppet dangling from the strings of punishing Globalists, therefore he is also an instrument God's wrath, who will put the finishing touches to the U.S. Constitution and render it totally worthless, not even worth the paper written on. Make no mistake God cannot be mocked, Americans are now reaping the bitter fruits they have sown during the past sixty-five years, and we are now witnessing the decline, and ultimate demise of the once proud shining city upon a hill, the American Republic.

Listen very carefully to the warnings given by John Hancock, signer of the Declaration of Independence and prominent Patriot of the American Revolution: "In circumstances as dark as these, it becomes us, as Men and Christians, to reflect that whilst every prudent measure should be taken to ward off the impending judgments, ...at the same time all confidence must be withheld from the means we use; and reposed only on that God rules in the armies of Heaven, and without His whole blessing, the best human counsels are but foolishness... Resolved; ...Thursday the 11th of May...to humble themselves before God under the heavy judgments felt and feared, to confess the sins that have deserved them, to implore the Forgiveness of all our transgressions, and a spirit of repentance and reformation ...and a Blessing on the ... Union of the American Colonies in Defense of their Rights.

Abraham Lincoln, the first Republican President of the United States said, "Sir, my concern is not whether God is on our side; my greatest concern is to be on God's side, for God is always right"

One hundred and forty one years later, House Republicans apparently forgot all about President Lincoln ‘s advice and produced a godless document, "A PLEDGE TO AMERICA" which is as useless and absurd, as it is to attempt to attach wings to the Republican elephant and expect it to fly by its on power.

Therefore, "A PLEDGE TO AMERICA" is nothing more that a bunch of malarkey, topped with a lot of mumble jumble written in the wind. America can't afford to disobey the Holy precepts of God found in the Gospels of Jesus Christ much longer. It's imperative that Christians and concerned Americans put their foot down and say NO to the wicked and YES to God.

Only through Jesus Christ and by following His precepts America could be great again, there is no other way, as stated in Psalm 127: 1, "Unless the LORD builds the house, its builders labor in vain. Unless the LORD watches over the city, the watchmen stand guard in vain."

And as stated by Jesus Christ himself in John 15: 5- 6, "I am the vine; you are the branches. If a man remains in me and I in him, he will bear much fruit; apart from me you can do nothing. If anyone does not remain in me, he is like a branch that is thrown away and withers; such branches are picked up, thrown into the fire and burned.

Isaiah 60:12, "For the nation or kingdom that will not serve you will perish; it will be utterly ruined."