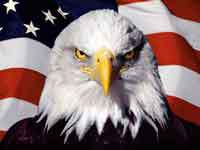 The Black Robed Regiment of the American Revolution did not hesitate to attack the great political and social evils of the day, unlike today's turncoats masquerading as shepherds of Jesus Christ, who are derelict in their duties and responsible for the cultural breakdown of America that came about as a result of preaching their watered down version of the gospel of Jesus Christ. They have also trashed the legacy of the religious freedom handed down by the Founding Fathers, and now they are walking down the annals of history hand in hand with Judas Iscariot, as the greatest betrayers that ever lived.

And most churchgoers eat Saints on Sundays and excrete devils from Monday to Saturday, and they love to hide inside their temples of hypocrisy in order to have their ears tickled, and their egos massaged by unscrupulous self- glorified religious swindlers, as they wait in vain for the rapture, which is only a ruse of greedy men used to mesmerize, control, and fleece those trying in vain to buy their way into heaven, while providing wicked men lurking in the shadows the opportunity to legalize more government sponsored abominations, especially now that the wicked have been emboldened by their success in legalizing Same Sex Marriage, there is nothing to prevent these perverts from marrying mere children as soon as they succeed in lowering the age of consent, through NAMBLA, the North American Man/Boy Love Association

The rapture of the church is another effective scam designed by forces of evil in the heavenly realms to control and manipulate the people through the fear of being left behind, and having to supposedly experience the terrible tribulation for seven years. Therefore they have given up their witness, and now they cower inside mega-churches, while unscrupulous pastors and the Board of Directors scam them out of their hard-earned money. There is no way the proponents of the rapture can reconcile Matthew 13: 36-43 with 1 Thessalonians 4: 16-17. The apostle Peter wrote about them in 2 Peter 3: 15- 16, and said "Paul letters contain some things that are hard to understand, which ignorant and unstable people distort, as they do the other Scriptures, to their own destruction."

The scourges of godlessness and globalization has brought the citizens of America noting but misery for the last sixty-five years, in the form of unending unconstitutional wars, an astronomical and ever growing national debt, an accelerated loss of manufacturing jobs, a massive invasion of illegal alien, a staggering divorce rate, teen violence, teen suicide, unspeakable crimes, useless war on drugs, poverty, homelessness, open border, and the Islamic movement advancing toward replacing the U.S. Government with the Islamic States of North America by the year 2050.

It's very disturbing to note that in 1948, one year after the U.S. Supreme Court Justices tossed God and His son Jesus Christ officially right out of the heart of America by establishing an illegal Separation of Church and State, Americans began to suffer the scourges of unconstitutional endless wars propelled by the United Nations, and without a formal declaration of war from the U.S. Congress. Article I, Section 8, Clause 11 of the U.S. Constitution grants the U. S. Congress alone the power to declare war.

Beginning with the Korean War (1948-1952), authorized by the United Nations Security Council Resolutions 84.

Followed by the Vietnamese War (1965-1976), President Johnson was able to escalate the Vietnam War under the direction of United Nations Globalists through the Tonkin Gulf Resolution. The Tonkin Gulf Resolution was designed specifically by Globalists to circumvent Article I, Section 8, Clause 11 of the U.S. Constitution that grants the United States Congress alone the power to declare war.

The Persian Gulf War (1990 - 1991, President George W Bush said that as Commander-in-chief or as puppet of his Global handlers, he did not need Congressional authorization to use military force against Iraq and that his request for a Congressional joint resolution was merely a courtesy to Congress.

The Afghanistan War (2001- Ongoing). Under the United Nations Security Council Resolution 1368, adopted unanimously on September 12, 2001, after expressing its determination to combat threats to international peace and security caused by acts of terrorism and recognizing the right of individual and collective self-defense, the Council condemned the September 11 attacks in the United States.

The Iraq War (2003- Ongoing), The Iraq Resolution or the Iraq War Resolution is a joint resolution passed by the United States Congress in October 2002 as Public Law No: 107-243, authorizing the Iraq war, without a declaration of war. Clearly, the U. S. was used once again by unscrupulous U.N. Globalists as the world's Policeman. "The Congress has spoken clearly to the international community and the United Nations Security Council," Bush said in a statement. "Saddam Hussein and his outlaw regime pose a grave threat to the region, the world and the United States. Inaction is not an option, disarmament is a must."

According to the United States Census the total population in 1950 reached 150.7 Million, and according to the Bureau of Labor Statistics the U.S. had a manufacturing workforce of 13.7 million workers. In 2010 the total population of the United States increased to an estimated 310.2 million, with a manufacturing workforce 11.6 million worker

Two years later, in 1947 the tyrannical Justices of the U.S. Supreme Court under the United Nations Charter secured the secularization of America by enacting a fictitious wall of Separation of Church and State.

In 1954, the U.S. Congress under the United Nations Charter silenced the Church of Jesus Christ through the IRS 501c3 Tax-Exempt Code, thus establishing the United States National Church of Secular Humanism, in violation of the First Amendment to the U.S. Constitution.

In 1963, the Justices of the U.S. Supreme Court under the United Nations Charter declared the Holy Bible unconstitutional resulting in its immediate removal from all Public Education across America, after being America's central teaching manual for over two hundred and fifty years, and it was immediately replace by Darwin's theory of evolution, which teaches young impressionable minds that the world came about after a cosmic big bang, producing a primordial soup which evolved into the amoeba, which in turn evolved into reptiles, monkeys and finally into human beings. Many children succumb to their natural desires awakened in the classrooms, and they begin experimenting with sex, alcohol, drugs, violence, the occult, and all sorts of perversions, and when the furor subsides they become unsatisfied and they embrace death.

Again in 1973 the tyrannical Justices of the US Supreme Court in Roe V. Wade legalized premeditated murder on demand, totally ignoring the 6th commandment: "You shall not murder," consequently over 52 million children have been slaughtered since 1973, and counting.

And in 1998, U.S. President William J. Clinton signed Executive Order 13087, glorifying and affirming homosexuals, lesbians, and transgender into the workforce of America and into public education. Mr. Clinton had no qualms in handing over innocent children with tender impressionable minds to abominable pedophiles, and sexual deviants deserving banishment to some remote island.