Think Islamic problems caused by a small minority of Muslims? 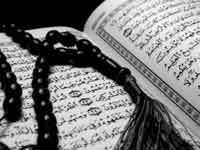 As sure as I know that there will be another terrorist attack on the United States I know the day is coming when Muslims, or for that matter Arabs in general, are going to be hated on sight. I remember after 9/11 some nutcase in California killed a turban-wearing Sikh from India, because he thought he was an Arab. There was an incident in Dallas immediately after Nine-Eleven. Another nutcase armed himself and drove around in his pickup on a killing spree. One victim was an Indian mini-grocer who'd lived there, legally and peacefully, for about 30 years. As I recall, this nut also killed a Pakistani shopkeeper, similarly situated and injured a Mexican. And as I recall, several such incidents occurred nationwide.

However, refusing to criticize, indeed vehemently condemn anything Islamic is pretty irrational, and will be costly if it doesn't change. If a billion Moslems suddenly rose up in outrage against Usama Bin Lladin, Zawahiri, Nasrallah, Ahab Inajam and the rest of those deranged maniacs, the liberal-socialists and the rest of the world would join them, and we'd have a chance at eliminating this scourge.

Like many members of many religions, there are Muslims who are not radical and who follow Islam only because it is part of their family tradition. I have a good friend who is a Lebanese Christian. She and her Italian husband are already beginning to notice hate stares and rude behavior. Most folks just assume that she is a Muslim Arab. The Lebanese people do not consider themselves Arabs. Nevertheless, she and her husband are likely to be targets of American revenge, should the time come when reason is conquered by an emotionally-driven response to terrorism.

Maybe I will need to create a modern "Schindler's list" for all my Mediterranean looking friends.

My comments cautioning over-reaction are intended to address attitudes & actions toward American citizens who are Muslim, or those who just look like they might be Muslim. We need to be careful not to victimize the innocent citizens of our own country.

My reasoning for saying that our best policy is to assume that most Muslims support terrorism, unless there is strong evidence--other than their own testimony--to the contrary, goes like this: Those who support evil behavior, or do not resist evil behavior, share responsibility for the evil acts of others. Bystanders who cheer and bystanders who do not intervene are also guilty of the crime. If you are not FOR us, you are against us. I am not a racist, but my conscience could not be clear unless I am actively resisting racism. "All that is necessary for the triumph of evil is that good men do nothing." Edmund Burke

Ergo, most Muslims support terrorism, unless they are actively resisting terrorism. I am quite aware that most Muslims do not commit acts of terror. But their religion requires them to kill non-Muslims, and their religion requires them to lie about their intentions. I would say that I might trust a Muslim wearing the uniform of our military services, but maybe they enlisted, looking for an opportunity to throw a grenade in their officers' tent. Our best bet is to put Muslims on probation, and assume their terrorist intentions, until we know for sure where they stand.

I have disagreed with many people who claim that the Islamic terror problem is caused by small minority of radicals. Their comments usually say something like "99% of Muslims are peaceful law abiding citizens". It is always uncomfortable to disagree with some one you like and admire, so I did a little research. Research on American Muslims is rare or biased so here are some facts from around the world.

Read a small sampling of research about those "mostly" peaceful Muslims:

Have you heard "Young, Unmarried Muslim Males Are the Most Likely to Become Terrorists"?

No. It is de rigueur (customary) to suggest that young, unmarried, Muslim males are the most likely population to become terrorists, or to support terrorism. But from the perspective of the global supply of terrorists, this claim is false. Consider the Liberation Tigers of Tamil Eelam in Sri Lanka. They are the world's single largest group of suicide bombers. Their cadres are not Muslim, but Hindu by religion, and nearly 40 percent are female.

Young British Muslims believe, in surprising numbers (31 percent, according to the most recent poll,) that their country's foreign policy justifies terror attacks.

Perhaps the most egregious case was that of the late British Muslim activist Kalim Siddiqui, who told a public meeting, "I would like every Muslim to raise his hand in agreement with the death sentence on Salman Rushdie. Let the world see that every Muslim agrees that this man should be put away." Still, the CrownProsecution Service refused to act, perhaps fearful of a poplar backlash. Polls showed almost a third of British Muslims agreed with Siddiqui and the Ayatollah.

Polls revealed that 57 percent of British Muslims regarded the campaign against the Taliban as a war on Islam.

When British Muslims were asked, "Is Britain your country?" only one in four claim that it is. Thirty percent of British Muslims would prefer to live under Sharia (Islamic religious) law than under British law. According to the report, "Half of those who express a preference for living under Sharia law say that, given the choice, they would move to a country governed by those laws."

Twenty-eight percent hope for the U.K. one day to become a fundamentalist Islamic state.

The news is no less alarming on the question of freedom of speech. Seventy-eight percent of British Muslims support punishment for the people who earlier this year published cartoons featuring the Prophet Mohammed. Sixty-eight percent support the arrest and prosecution of those British people who "insult Islam." When asked if free speech should be protected, even if it offends religious groups, 62 percent of British Muslims say No, it should not.

Support for terrorism: All the Muslim populations polled display a solid majority of support for Osama bin Laden. Asked whether they have confidence in him, Muslims replied positively, ranging between 8 percent (in Turkey) to 72 percent (in Nigeria). Likewise, suicide bombing is popular. Muslims who call it justified range from 13 percent (in Germany) to 69 percent (in Nigeria). These appalling numbers suggest that terrorism by Muslims has deep roots, and will remain a danger for years to come.

A recent European poll found that 65% of Palestinians "support Al-Qaeda actions in the USA and Europe." (Fafo-Norwegian-based NGO, in Al-Hayat Al-Jadida, December 23, 2005) This strong support of those who would destroy America came in spite of hundreds of millions of dollars in annual US aid to the Palestinian alliance and was documented before the US announced a freeze in funding, after the election of the Hamas government.

A document, which was produced by officials from MI5 (British Intelligence) and the British Home and Foreign Offices, entitled "Young Muslims and Extremism" and drawn up for the prime minister by officials at the Home and Foreign and Commonwealth Offices, also states that anecdotal evidence suggests that up to 13 per cent, or 208,000 of Britain's 1.6 million Muslims, defended the terrorist attacks against the United States on September 11, 2001, while only 26 per cent feel loyalty toward England. That is not a tiny minority.

These numbers contradict the claim that we are only dealing with a small minority of Muslims. Today's Islam is a pathology, and a significant portion of those who practice modern Islam are pathological.

Let us call for God's grace to fall on those Muslims and Muslim looking people who are loyal Americans and are helping in the Global War On Terror. I fear for them.