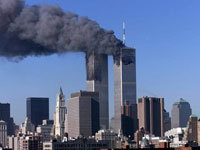 These lessons are unspoken, because they are ignored by mainstream mass media, and they are true not just for the U.S. but also for all major powers in history, be they in the past, present, or future.

Although there can be many unspoken lessons, hereafter are 10 of them, solely for the illustration of a major point, in that, when a major power bombs, invades, occupies, regime-changes and exploits weaker countries, there are long-term consequences.

Consider, for illustration, the following 10 consequences as unspoken lessons of 9/11.

Firstly, the fighters in the weaker countries who oppose the imperial acts of the major power strike back whenever they have a chance. The case of the insurgents and militants in the Middle East who have targeted the U.S. troops in the region is a good historical example.

Secondly, those members in the major power who share the same religion and/or ideology of the fighters in the weaker countries join in the fight of striking back by engaging in domestic (or homegrown) terrorism for solidarity. The case of Army Maj. Nidal Hasan, who killed 13 people and wounded 32 at Fort Hood in 2009, is a good historical example.

Thirdly, many in the major power lives in constant fear that others would plot against it in different ways. The case of the failed truck bombing in New York's Times Square in May, 2010 is a good historical example.

Fourthly, the major power creates draconian security measures in all segments of society (be they in banks, libraries, offices, airports, bus/train stations, and numerous other places), so they end up suffering from more unfreedom without necessarily feeling safer. The case of the awfully invasive power of the USA PATRIOT Act is a good historical example; likewise is the case about the excessive security checks at airports and other places, as well as the widespread installation of surveillance cameras everywhere: "The Big Brother is watching you."

Fifthly, the major power shows fanatic ruthlessness in eliminating all perceived enemies in the weaker countries (and also elsewhere) without giving a damn to the civilian lives of the natives, whom they regard as inferior (with Western neo-colonial condescension) and not worthy of much of anything -- and, for that matter, without caring much about the infrastructure, environment, and properties in them; all this subsequently contributes to more outrage and animosity against the major power everywhere. The case of the regional outrage against the U.S. in regard to the countless civilian deaths (and the widespread destruction of the infrastructure, environment, and properties) in Afghanistan and Iraq due to daily U.S. military strikes over the years is a good historical example.

Sixthly, the members in the major power ends up being more divided (e.g., in the context of the U.S., the pro-war camp vs. the anti-war camp, the mistrust between Christians and Muslims, etc). The case of the anti-war movement in the U.S. is a good historical example; likewise is the case about the public division over the planned Muslim cultural center in New York, which caused Terry Jones, a Florida Christian pastor, to threaten burning the Koran in 2010.

Seventhly, the major power nurtures a dehumanizing mindset among its own people, such that when its soldiers fight abroad, they commit atrocities, torture, and other forms of brutality against the natives; and when they return home, they suffer from the psychological traumas of various kinds. The case of Abu Ghraib torture and prisoner abuse in Iraq by U.S. troops is a good historical example; likewise is the case about the high percentage of Iraq and Afghanistan war veterans who have suffered from the so-called Post Traumatic Stress Disorder (PTSD) upon return to the U.S.

Eighthly, the major power traps itself into a prolonged cycle of violence, in which it continues to suffer from endless casualties and to consume huge scarce resources, while its enemies will fight it in an asymmetric warfare, with no end in sight, even if suffering from more losses in the short-term. The case of the more-than-three-trillion dollar cost of the Iraq and Afghanistan wars as estimated by Joseph Stiglitz and Linda Bilmes (together with the death of 4,000+ U.S. soldiers and the numerous wounded ones in Iraq and Afghanistan), as of September 2010, is a good historical example.

Ninethly, the major power indulges itself in finding "terrorism" as a convenient excuse (just as people used "witch hunt" as a convenient excuse in medieval times) and use this excuse to eliminate other adversaries whom it dislikes (regardless of whether or not they have anything to do with terrorism), so in the process this increases more enemies everywhere. The case about the comment by Konstantin Sivkov in September, 2010 is a good historical example, when he said that "the United States is exaggerating the threat of terrorism in a bid to justify its military expansion and secure its military supremacy in the world. Terrorism is merely a method of waging struggle....Therefore, terrorism cannot be defeated under the current conditions."

And tenthly, in the end, the major power damages its own value ideal (e.g., freedom, equality, peace, etc.), as its chronic violence makes it less safe from countless threats and attacks from others and less free from the vicious cycle of violence. The case about the observation by William Pfaff in 2003 is a good historical example, when he wrote that "what actually has happened...is something Americans have yet to grasp, and that others have yet to say out loud: People outside the United States have stopped believing the American story."

If lessons like this are not learned, they will be repeated in future history, albeit in different ways, such that the incident of 9/11 will not be the last and will occur time and again in the future.

We are living in an alienating world of the vicious cycle of violence, as the war on terror has degenerated into a war on freedom and safety everywhere.

After all, this is one major point, among many others, that I already went to great lengths to explain in BEYOND DEMOCRACY TO POST-DEMOCRACY: CONCEIVING A BETTER MODEL OF GOVERNANCE TO SUPERSEDE DEMOCRACY (2005).