Neo-Nazism in the United States on the rise

The campaign unleashed in the United States against President Barack Obama is far from being just an elections fight. The campaign is actually a reflection of the advance of neo-Nazism, which has always been latent in the country and acquired new directions from the year 2000, when George W. Bush entered the White House. 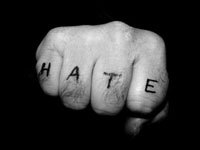 Germany's defeat in World War II and the physical removal of Hitler did not mean the demise of Nazism, but rather resulted in its expansion through the civil servants of different levels of this scheme which found a welcome in many countries.

Prominent figures obtained passports with new identities, issued by reputable institutions and governments. So, those who were recognized for their scientific research or advances in armaments found refuge in more developed countries of the West and the Soviet Union.

Others, who were prosecuted as war criminals, used least developed countries as a hiding place by buying their protection at an expensive price.

These, then, were added to the groups that had arrived as colonists and that reproduced their model of organization in places where they settled.

Officials were efficient in dictatorships in Latin America and enjoyed the support of national political figures and groups sympathetic to Nazism.

Racism in the United States came with the colonization of that territory.

Not only the native indigenous people were victims. The blacks, too, were purchased or kidnapped in Africa and brought as slaves. The group most representative of what today would amount to neo-Nazism is the Ku Klux Klan.

Transpose these antecedents to the present, and we find ourselves with a president like Barack Obama, who is beset by an opposition that takes the same characteristics of neo-Nazism.

With Bush, they felt represented and were fighting Muslims, who had been declared the new enemies and which added to the list of old foes: blacks, Latinos, Jews, socialists and homosexuals.

The neo-Nazi movement of the country with the northern drift of the Nazi Party was created in the twenties of last century. It was then mixed with the Free Society of Teutonia and formed the German-American Bund, which achieved notoriety in the 30s of the twentieth century when Hitler and Mussolini were on the cusp of power.

The defeat of Germany came to reappear in 1959 as the American Nazi Party, led by Lincoln Rockwell.

Nowadays there are several groups, most prominent of them being the Aryan Nations, which the FBI considers a terrorist threat and the Rand Corporation describes as "the first truly terrorist organization." But it is the alliance of various white supremacists who declared war on Barack Obama since he won the nomination for the presidency of the republic.

During this period two members were arrested while planning to kill 102 African Americans, of whom 14 were beheaded. However, their main goal was to kill Obama, and to do it, they had planned to dress in white tuxedos and wear top hats. They did not mind dying in this effort, but were detained at the time.

The current offensive against the U.S. President has been dominated by Sarah Palin, as its main figure, the former Republican vice presidential candidate. Her financing is borne by the television network Fox News.

This company hired Palin as policy "commentator" for an exorbitant salary.

Another star commentator of this television channel is Glenn Beck, the master of ceremonies of a recent meeting conducted in the same place where Martin Luther King gave his speech "I have a dream" in defense of civil rights and for blacks.

The act, in which he accused Obama of being a socialist and a "Muslim who hates whites," is considered an insult to the memory of Dr. King and it is also a provocation.

There are other business groups that contribute to these movements and the creation of organizations that oppose the policies proposed by Obama. They have managed to convince at least 25 percent of Americans that their president is a Muslim and not Christian. The White House also had to deny the fact.

But the campaign goes on, and the truth is that the right and the ultra right are trying to dominate, in order to be able to win the forthcoming congressional elections and achieve a majority in the House of Representatives, with the purpose to prevent the passing of laws that go against the interests of large corporations.

All this gives rise, at the same time, for their mobilization on behalf of state laws against ethnic minorities and migrants.

Alongside the radio and TV commentators is the damage done to both the black population, the Latin Americans and now the Muslims born in the United States.

This harassment of Muslims has caused episodes such as the doctor who was the object of discrimination and debauchery, which eventually led him to star in a shooting at the military base where he lent his services.

More than what is registering as the attitude against US Moslems, the only concern expressed by some governmental entity is expressed by the Central Intelligence Agency. The CIA fears alleged "terrorists for export,," home grown terrorists, because under this situation there are Muslim Americans who have joined with other places in the opposite direction of their homeland.

It is not just in America where racism is growing, which in turn has swelled the ranks of neo-Nazis.

Also in Europe we are witnessing the strengthening of the groups that give this signal, as governments implement xenophobic policies that affect ethnic and religious minorities. France and Italy are at the forefront.

Both the French and Italian governments have toughened their laws against gypsies. So did Hitler, who eliminated them by the thousands.

On this, there is a void in the European Union itself that "recognizes" the Roma as citizens, but gives them no right to circulate throughout its territory, and does not entitle them to work.

Not to be outdone, the British announced that they fear terrorist attacks from Muslims and everything happens just when the press is dominated with warnings and fears of a new recession and there are ten banks that could fail in the coming months.

To provoke racism is to hide other problems, causing neo-Nazism to grow..