20 signs that economic collapse has begun for many Americans

For most Americans, the economic collapse is something that is happening to someone else.  Most of us have become so isolated from each other and so self-involved that unless something is directly affecting us or a close family member than we really don't feel it.  But even though most of us enjoy a much closer relationship with our television sets than we do with our neighbors at this point, it is quickly becoming undeniable that a fundamental shift is taking place in society. 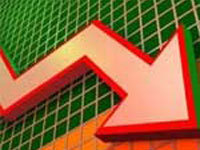 Perhaps you noticed it when two or three foreclosure signs went up on your street.  Or perhaps it got your attention when that nice fellow down the street lost his job, and he and his family seemingly just disappeared from the neighborhood one day.  The Census Bureau made front page headlines all over the nation this week when they announced that one out of every seven Americans was living in poverty in 2009.  Every single day more Americans are getting sucked out of the middle class and into soul-crushing poverty.

Unfortunately, most Americans don't really care because it has not affected them yet.

But this year, millions more Americans will discover that the music has stopped playing and they are left without a seat at the table.

Meanwhile, neither political party has a workable solution.  They just like to point fingers and blame each other.

The Democrats blame Bush for all the poverty and advocate expanding programs for the poor.  Not that there is anything wrong with a safety net.  But the "safety net" was never meant to hold 50 million people on Medicaid and 40 million people on food stamps.  The number of Americans on food stamps has more than doubled since 2007.  So do we just double it again as things get even worse?

The truth is that welfare programs are only short-term solutions.  Unfortunately, the Democrats do not understand this.  What Americans really need are good jobs.

The Republicans are so boneheaded that they don't even like to talk about poverty because they think it is a "liberal issue".  Some conservative commentators have even been so brutally cold as to mock the "99ers" (those who have been unemployed so long that even their extended federal benefits have run out).

Instead of showing some compassion and being the party of the American worker (as they should be), the Republicans are often very uncompassionate and they allow the Democrats to be "the party of the poor" by default.

Both political parties need a big wakeup call.  There is a tsunami of poverty sweeping the United States, and somebody better wake up and do something about it.  More handouts will help people get by in the short-term, but there is no way that the federal government can financially support tens of millions more poor Americans.

How long is it going to be before the "safety net" simply collapses under the weight of all this poverty?

The path we are on is not sustainable.

The economy is falling apart, and somebody better wake up and do something before even more Americans find themselves drowning in poverty.

The following are 20 signs that the economic collapse has already begun for one out of every seven Americans.....

#1 The Census Bureau says that 43.6 million Americans are now living in poverty and according to them that is the highest number of poor Americans in 51 years of record-keeping.

#3 In 2009 alone, approximately 4 million more Americans joined the ranks of the poor.

#4 According to the Associated Press, experts believe that 2009 saw the largest single year increase in the U.S. poverty rate since the U.S. government began calculating poverty figures back in 1959.

#5 The U.S. poverty rate is now the third worst among the developed nations tracked by the Organization for Economic Cooperation and Development.

#6 Today the United States has approximately 4 million fewer wage earners than it did in 2007.

#7 Nearly 10 million Americans now receive unemployment insurance, which is almost four times as many as were receiving it in 2007.

#9 One out of every seven mortgages in the United States was either delinquent or in foreclosure during the first quarter of 2010.

#10 There are now 50.7 million Americans who do not have health insurance.  One trip to the emergency room would be all it would take to bankrupt a significant percentage of them.

#11 More than 50 million Americans are now on Medicaid, the U.S. government health care program designed principally to help the poor.

#12 There are now over 41 million Americans on food stamps.

#13 The number of Americans enrolled in the food stamp program increased a whopping 55 percent from December 2007 to June 2010.

#14 One out of every six Americans is now being served by at least one government anti-poverty program.

#16 According to an analysis by Isabel Sawhill and Emily Monea of the Brookings Institution, 10 million more Americans (including 6 million more children) will slip into poverty over the next decade.

#17 According to a recently released Federal Reserve report, Americans experienced a $1.5 trillion loss in combined household net worth in the second quarter of 2010.

#18 Manufacturing employment in the U.S. computer industry is actually lower in 2010 than it was in 1975.

#20 A study recently released by the Center for Retirement Research at Boston College University found that Americans are $6.6 trillion short of what they need for retirement.

How anyone can look at those numbers and think that things are about to "get better" absolutely boggles the mind.

It is time to wake up.

Things are not going to get better.

Things are only going to get worse.

The United States is rapidly becoming a nation where poverty is absolutely rampant.

As poverty continues to spread, crime will not be far behind.

Meanwhile, the international community wants to impose a global tax on us so that they can "redistribute" even more of our wealth around the world.

The following was just reported by CNSNews.com....

A group of 60 nations will meet next week at the United Nations to push for a tax on foreign currency transactions as a way to generate revenue to meet global poverty-reduction goals, including "climate change" mitigation.

Well isn't that great?  As American descends into poverty, the rest of the world is pushing for a global tax that will drain us of wealth even more.

It is just a tax on foreign currency transactions, but history has taught us that once taxers get their foot in the door they always go for more eventually.

Sadly, it is not just the United Nations that is discussing a global tax.  In fact, the IMF and the World Health Organization have both been very open about the fact that they want to impose global taxes of their own.

Not that we aren't taxed enough already.  We already pay dozens of different kinds of taxes each year, and 2011 is already being dubbed as "the year of the tax increase".

But most Americans don't have any more to give.  Most Americans can barely make it from month to month.  More Americans than ever are slipping into poverty.

What a mess we have on our hands.

Do any of you have any suggestions for how we should go about fixing all of this?