Only Thus We Agree, Madame Clinton

Secretary of State U.S., Hillary Clinton said that the United States and Brazil have "serious differences" over the Iranian nuclear program. 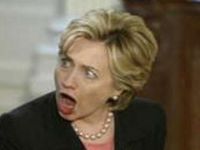 Only Thus We Agree, Madame Clinton

The last weeks were full of facts that attest to the veracity of statements made by the U.S. Secretary of State. The United States and Brazil are posted in the opposite trenches, but not only as regards the Iranian nuclear issue. During the International Conference on Nuclear Safety, convened by President Barak Obama, the two countries took different positions. Brazil has increased its position in favor of total disarmament, while the United States was looking for scapegoats for the unrest that nuclear weapons cause in the world. Obama staged a scene to make false accusations against Iran and North Korea, and disseminating imaginative, unrealistic threats of nuclear attacks from "terrorist networks."

Still, there are major differences between the superpower of the north and the giant of the South which manifested during the UN Conference to review the Nuclear Nonproliferation Treaty. U.S. imperialism further accentuated its position in favor of the freeze of nuclear power in the hands of five nuclear powers recognized by the NPT, defended the interposition of obstacles to the use of nuclear technology for peaceful purposes, a sector in which they also intend to exercise a monopoly. They exhaustively refused to set deadlines for disarmament, and refused to declare that they will not be the first to attack any country with nuclear weapons. Clinton pressed for Brazil and other countries to sign the NPT additional protocol, a document that degrades national sovereignty and demeans international equilibrium.

Differences are also obvious when comparing the political and ideological posturing and moral statures of the two countries. One, the United States, is arrogant, intrusive, interventionist, aggressive and at the same time, as Venezuelan President Hugo Chavez said, mean in their petty jealousy. On the other hand, is Brazil, seeking a new place in the world, with sovereignty and space for its people to progress socially, peacefully, a caring defender for equitable, just solutions to international conflicts.

Finally, there is a geopolitical divergence on the horizon. The United States, a declining power, cannot enforce their hegemonic positions except by force. They consider heretical, anything contrary to their "manifest destiny" that other countries could also play lead roles in international affairs.

Differences between the United States and Brazil also extend to other spheres. The two countries work in very different directions in Latin America, have different perceptions about integration, development and international trade. The list is extensive and various. It suggests a series of articles and reports.