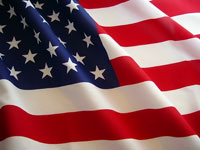 The Tea Party Patriot Movement (TPPM) is getting a lot of Big Press (main stream media) these days. They are portrayed by Big Press--and supporters--as an innovative revolutionary, grass roots inspired movement. It's the "mad as hell and not going to take it anymore" movement that spontaneously appeared out of nowhere. On the surface, at least, that appears to be the case.

Join the First Brigade and Fight for Liberty!" say the revolutionaries at TPPM. It's the " Regular Folks United " versus a federal, state and local government machine out of control. Worse, they both say, the Judeo-Christian ethos and the Western Civilization Tradition is being overrun by illegal immigrants, gays, lesbians, multiculturalism, immoral behavior, welfare, taxes, abortion, socialism, communism, liberalism, religious fundamentalism, the Chinese, the Russians, and on and on.

We've heard all of this before, of course, particularly in the run up to and throughout Ronald Reagan's presidency. There's not much that separates the core missions of 2010's TPPM and the 1980's Moral Majority.

But the demographics of the USA have changed (predicted by scientist's decades ago). Many Americans have married into other cultures. Many of America's cities, states and localities are nearly bankrupt and offloading workers. US economic and diplomatic power is now on the decline. It was not capable of negotiating an agreement on Iran's nuclear fuel cycle (Turkey and Brasil did that in May 2010) and Israel continues to mow down Palestinian communities as it expands its territory in spite of the USA's protestations. The support Obama once enjoyed globally has waned as he has adopted much of the prior administrations national security policies and programs.

The world's economy is not stable and unemployment in the USA/Europe is far higher than official statistics. Americans decry illegal immigration and green card workers but White Americans are not likely to be found in great numbers picking fruit in California or potatoes in Maine. Further, all signs point to an America that increasingly has to make its point via the barrel of a gun or an Unmanned Arial Vehicle Hellfire missile rather than conversation, debate and negotiation.

In every respect It is a volatile time around the globe and uncertainty is the norm in 2010.

Into this boiling stew, as history shows, comes right wing politics. Call it what you will: neo-conservatism, nationalist/internationalist conservatism, fascism with a human face, dictatorial capitalism, etc. It is unsettled times like these in which TPPM and FW appear by design. It is not hard to fan the flames of ignorance and blame in a population accustomed to supremacy and only a few paychecks from barbarism. Even as US corporations prosper in other countries and many Americans face bankruptcy, and as the infrastructure crumbles and the US spends trillions on war and national security, TPPM and FW proclaim "It's Morning in America!"

Who is Behind the TPPM? Dick Armey, Steve Forbes

FreedomWorks (FW) is a 501 (C4) non-profit that sponsors/funds TPPM. Its stated goal is to promote the economic well being of American consumers. Matt Kibbie is president of FW and a former employee of Lee Atwater of the Republican National Committee. Former Congressman Dick Army is the Chairman of FW and for 22 hours a week consulting throughout the year makes $300,000 (US). He also makes $250,000 from other related organizations. All the data is available on FW's IRS Form 990. Not bad money to make in the fight for liberty. Steve Forbes of Forbes Magazine is on FW's Board of Directors as well.

Armey is also a Senior Advisor to the Center for Global Economic Growth (CGEG) another FW entity which "working through FreedomWorks, hosts free market grassroots training seminars for this elite group. The leaders are specifically instructed on the necessary tactics involved in grassroots issue advocacy and also on how to effectively organize and lead a cohesive effort on behalf of a certain issue - which empowers the free market missionaries to truly put ideas into action." Matt Kibbie is on the staff of the Center for Global Economic Growth.

Other Senior Advisors for CGEG include Paolo Casaccia of Basinco Holdings S.A.H. (Luxembourg); Matthias Kummer (Switzerland); Frank Sands Chairman, Sands Capital Management; and David Shaw Sabrelance Corp. Partners Ltd (UK). It is worth noting some of the business interests of Basinco Holdings SAH. "The company's principal activity is the management real estate and property development operations on prestigious locations on the French Riviera. Through its affiliated companies, which include Immoforce Sarl, Societe Autoriviera, Societe Eze-Aighetta and Societe Les Pins d'Alep, the company has full ownership of important real estate properties in the south of France and in Monaco."

Another Senior Advisor to CGEG is Beverly Danielson. Her Board listing cites the Institute for World Politics (IWP). IWP's education philosophy, in part, is this: "... the Institute's curriculum is based on recognition of the necessity for education in natural law - deriving from the Western, Greco-Roman, Judeo-Christian moral tradition." IWP has many ties to the American Enterprise Institute.

Danielson also appears on a Board of Director's list for the Capital Research Center (CRC). CRC is a research center that, according to its IRS Form 990 , monitors public interest and advocacy groups and labor organizations. In short, it is a conservative funded watchdog group. Terrance Scanlon runs CRC. He is a former Reagan-era appointee was the former vice president for corporate relations at The Heritage Foundation. Edwin Meese, former attorney general of the USA under Reagan, is listed as a member of CRC's Board.

I'm one of the Regular Folk!

And what about that Regular Folks United (RFU) listed on TPPM?

Lori Roman runs the show at RFU. According to Open Secrets, Roman held these positions at the Department of Education during the administration of George W. Bush: Former Chief of Staff, Center for Faith-Based and Community Initiatives; Director of School Choice; and Senior Advisor on Family Educational Rights, Office of Innovation and Improvement. She received her bachelor's degree from the University of Michigan and her master's from Central Michigan University.

Roman hardly qualifies as a "regular." In fact, many of these groups have operating budgets in the millions of dollars.

In the end, it's the same standard template for both conservatives/liberals and republicans/democrats out of power. Create/join a non-profit, maybe create another non-profit. Create ideological and organization boxes within boxes. Get the old school and new school ideologues to join your non-profit board. Get some senators and congressmen to join your board. Make sure to solicit the wealthy for funds. .Hold some conferences, publish some white papers and get the Big Press thinking it's a "new thing" in America. Stir up the masses, have them join your group (give 'em a hat for their donation) and get them to argue on your behalf. And then watch the theater unfold.

It's a rerun worth avoiding.