What do those three countries have in common? Well, several things. To begin with, and maybe to the chagrin of many Israelis, all have very large Orthodox populations, the first two predominantly and Israel at almost 20% or more. The next? All have and continue to be victims of endless Islamic aggression. Which leads to number 3: 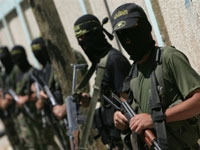 All are the enemies and thus the victims of Western, particularly Anglo (US/UK) yellow, pro-Islamic press.

That is correct, the two biggest enablers of Islamic Jihad world wide, outside of Saudi Arabia itself and the two exporters of Jihad (US/UK Islamics are now fighting in all Jihad theaters and both nations do next to nothing in stopping this, unless the fight is actually against their own forces) are also the biggest media enablers of Islam.

What reach has Al Jazeera in comparison with CNN or BBC? Even the local "conservative" station FOX, that is local to the US, is over 30% owned directly by Saudi royalty. The media blitz is endless. Terrorism enablers in the Anglo world, that is the leadership of the Anglos, has invented dozens of new words or twisted the meanings of dozens of others, to brush over, deflate or excuse brutal Islamic terrorist acts and Jihadist expansionist war. Victims are almost always portrayed as the aggressors or as somehow being responsible.

The usual story goes something like this: If only (Russia, Serbia, Israel...and soon others) had been reasonable and humane, instead of evil and subhuman, and given in to the reasonable demands of the moderate Muslim political forces (aka the Jihadist fronts), the militants (never terrorists) would never have had to be radicalized (become strict followers of Islam) and launch the actions (never terror attacks) that resulted in these casualties (queue pictures of slighted Muslims protesting, not victims, unless the slant is to pump the results).

Of course what is never mentioned is that those "moderate" demands are usually the annexation of land, the forced conversion of expulsion of the people, and the establishment of Shariah, the barbaric system of "law" that the Anglo elites all get a tingle up their legs and arses about.

Information warfare is just as important as results on the battlefield, time to get wiser.