The United Nations Nuclear Forum, which begins next week on Monday, will provide the Islamic Republic of Iran with a window to sow the seeds of peace among an international community already being agitated by the NATO war axis for military intervention. Dr. Ahmadi-Nejad, however, declares defiantly that Iran will give a crushing blow to any enemy. 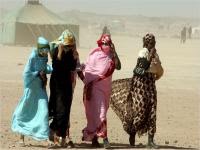 For the Iranian President, Dr. Mahmoud Ahmadi-Nejád, “The experience of the post-Islamic Revolution has shown that East and West have not been able to occupy even one acre of Iranian land”.

Declaring that Iran “will never back down at times of hardships” he promised “hardships” for any country trying to act against Iran.

It is in this context of pressure and tension, with certain members of the international community deriding the IR Iran as a pariah, just because it seeks a nuclear program, while turning a blind eye to Israel’s 200 nuclear warheads in the Negev desert, that the Secretary-General of the Islamic Conference Organization, Ekmeleddin Ihsanoglu, declared on Thursday that the IR Iran has every right to pursue a peaceful nuclear program, using nuclear energy for civilian purposes.

For Libran Cabactulan, President-elect of the NPT (Nuclear Non-Proliferation Treaty)’s five-year review, the UN nuclear forum can provide Iran with an opportunity to reassure the international community of its peaceful intentions.

The Forum (May 3 to 28) could be a crucial and critical mechanism to avert a new war by the NATO-led cabal of arms trafficking states against the IR Iran. Over 100 senior officials from the parties to the NTP are expected at the event, which will increase the pressure on nations to disarm.

It remains to be seen what importance is given to Israel’s stockpile of nuclear warheads, garnered as illegally as the territories this State occupies and continues to hold.