The American Recovery, Lots of Puff But No Substance

Ok, ok, if one reads the US post and watches Wall Street, not to mentions listens to the "honest" American government, one "knows" that everything in America is perfectly fine, economy is thundering along and the Empire is back to full strength....or is it? 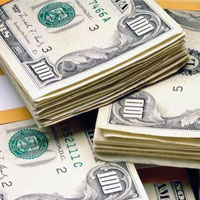 The American Recovery, Lots of Puff But No Substance

Behind the daily charade, the endless cheer leading are very unforgiving currents that ca not be hidden from an expert eye, no matter how much the Obama Regime and the rest of the American One Party Two Branch system wants it. Lets review:

American housing continues to be a disaster, absolutely and all the time. The second wave of resets, these in the Alternative-A category, that is, houses much more expensive than the Subprime, is just starting to crest and the full weight of this disaster will not hit until some time in late 2010, early 2011. All resets will not be out of the American system until 2013. So why the "good" numbers?

Well, first, it is hard to figure out what these numbers are. Every month, early in the month, one reads about issues and problems with continued worsening of the sales figures. Some of this is hidden by only comparing the numbers against the previous year's for the same month. Rather ridiculous comparison that does well to hide trends. A trend requires comparisons over a longer time period and more than a single data point. Further, by only comparing to last year's, a year already down sharply, it hides how far the numbers are down all together from the start of the Great American Collapse. Then there are the revisions, such as today's news that "Pending Home Sales Rise Sharply In February"....but wait, today is the 5th of April, and this news, revised and printed, is driving another bought of American stock inflation?

Then there are the numerous attempts to forestall the true state of the problem or hide it. One American program after another to keep the people in their houses, those who can not pay, are all sponsored by that single real American export, debt. But the cost of that debt has risen sharply, just in the past week, a full half of a percentage point. How much is that? We'll assume it is compounded only once for the year and we'll assume that we are only dealing with half a trillion, for nice round numbers. That's $2.5 billion in additional service fees, a pittance of a rise for the American printing machine. Of course, the problem is, this is a trend in itself. More on this later.

Furthermore, there is a year's worth of housing that is so far been kept off of the books, by the mega banks, who see no reason to put it on market since they will not sell anyways. Foreclosures, though with all government programs, continue to increase both in quantity and dollar volume. Prices continue to fall or are kept from falling by artificial means. Even the level of new house construction is done by artificial $8,000 stimulus, that is a credit, which is cutting into already lowered tax revenues.

Just like the residential real estate markets, commercial is also over built, but unlike the residential, the Americans are still building commercial. Already this market has a 15% vacancy rate and growing, as small business and even large key stores go out of business. The latest in a long chain is Hollywood Video, leaving large store fronts empty in numerous strip malls. Unlike the residential debt, which was primarily held by giant banks who own the American regimes, the commercial debt is held by small family and company banks, banks the Washingtonians have no quams about shutting down, one after another. The government than sells these small fry to their big financial owners on Wall Street.

This is what will finally sink the Americans, surer than any iceberg. The costs are already increasing, on a long term trend. The 10-year bond notes are up, up and away, with interest rates rising to 4.01%, up .51% over the past 5 or 6 trading days, alone. There is no sign of this stopping as not only does the American regime have hundreds of billions more to sell of new debt, just for this month, but refinancing of old debt is needed and that refinancing is picking up steam.

Further, programs like Social Security (what passes for government pensions for the non-government workers) are finally bankrupt, 6 years ahead of schedule and will require some $30 billion in the first year alone. This sum will sky rocket over the next two or three years.

As for America as a whole, its rotting, quite literally. About 5 years ago a major bridge collapsed and killed over 30 people. Follow on investigations determined that over 700 major bridges were close to collapse. After billions of dollars wasted and stolen, none have been repaired.

The cities though are rotting to. Detroit, the former #3 city and main industrial center, is a total third world hell hole, where the average house sells for under $11,000 and no one wants them. Why? To live on abandoned streets, surrounded by feral dogs, feral peoples and Islamic lunatics? Or New Orleans, still rotting and the murder capital of America in body count, even while military police patrol it. Or LA, half of which is a war zone. Little Rock with a worse per capita gang problem than LA? Phoenix Arizona? Second kidnap capital of the world? Or maybe Atlanta, Chicago, Baltimore, Philadelphia, Miami and Reno, all crime ridden hellholes, just like Washington DC, once one leaves the government sector and the ultra rich chenovnik neighborhoods.

The US has not built a single new refinery or nuclear power plant in 40 years. It has an antique of a rail system. The massive automobile highways are jammed, even as the cost of gasoline is once again skyrocketing. The list goes on.

Without a doubt, the government in Washington is extremely anti business, seeing the role of government not in guaranteeing a free market and regulating product quality and keeping corruption at bay, but in running the actual markets. From a massive socialist medical bill that is not a pay roll tax based sole payer (as in the very successful French and German models) but some Frankenstein of version of the NHS from the UK and Canada, this monster bill is already sucking out the funding of many thousands of large and small companies, who will be forced to increase layoffs. But most of its taxes do not kick in until after the 2012 elections, guaranteeing further depression. The government prescribed and mandatory private insurance will bankrupt many families and cause many other to go into sell off of assets, to pay penalties, thus will reduce the spending capability of most households.

Behind this is the Global Warming, anti-Carbon bills, as well as EPA regulation of carbon. This will kill off any energy intensive businesses, such as all manufacturing, and will increase the logistics costs of all goods needed for life. Most of this will be in the form of taxation through fines and business tax.

The American Marxists already control almost half the automotive industry, are taking over the small financial industries on behalf of their banker owners, are now able to take over the medical and medical services industry and have already started making noises about the aviation industry. This puts them in control of over half the American market. True, they will not take over the little family businesses, butthan again, Leninist-Trotskyte Fascism, unlike Stalinist Communism, always cared primarily about the heights of industry, not the drags of markets. Remember NEP?

The disappearance of work for the American citizen continues, at an increased pace, as more and more well paying jobs are fleeing the American disaster. Of course, these same companies continued main market remains America, the disconnect has actually grown even worse not better. The present power regime has done nothing to stymie this, only complained, while pursuing the exact same policies of the past 22 years. Their one solution to stymie out flows has been to massive increase government pay rolls, and everyone know, bureaucrats only improve over all productivity of an economy...correct?

Mean while, Americans are now told a schizophrenic message: get used to high unemployment (from a liar regime who swore it would never get that high, just hand us your children's futures) and spend for all you are worth to save yourself from high unemployment. That the American unemployment rate is almost twice as high as Russia's, a nation that the American business world continues to belittle as a broken mercantilist society, is ignored. After all, America has better worker productivity....that is, they have fewer people doing more work for less pay....see, the system can "improve" with no end. To say that the 60-80 work week of the 17th century is back, is redundant, for the Americans, it more than likely never really left.

Than there is the mind boggling 21% real unemployment, counting the semi employed, unemployed and the untouchables who do not really exist, that is people who have run out of unemployment benefits. These are not longer citizens to the American regime, but human garbage to be swept under the rug. Funny thing is, those hurt the most are black Americans, but then again, Islamic Arabs, like Obama's father's clan, always hated blacks, which is why one of the 40 Arabic words for slave is the same as their word for Black Africans and why his clan butchers and burns alive Black Kenyan Christian Africans. At the same time, it comes out that there are 8 million jobs in America, still occupied by illegal workers. Incredible, but the Americans take it, so they must deserve it.

That is right, not only is the war in Iraq continuing, even though the Americans are paying everyone off as they retreat from the ruined cities of that ruined nation, but the war in Afghanistan, both the real war and the imaginary war, are heating up. Imaginary? Why yes, like the report I printed of the conquest of the Taliban city of Marjah, where some 80,000 people lived and hundreds of Taliban stayed. Except that the city turned out to be a tiny village with a mosque and a couple of stores..

Now the Obama regime has intensified its air war on Pakistan's villages. Involved itself in the Yemeni civil war, as if the Saudi leading a Jihad against Shei rebels was not bad enough, but is now threatening and moving force to attack Iran, even as it ditches allies like Britain and Israel and continue to try and surround Russia with rockets...these being portable , though, while rearming Georgia, for round 2.

And, we must not forget, the trade war the US is now waging with its main financial backer and thus owner: China.
Over stretch has a whole new meaning for the "hyper"power.

So, if you are about to invest your monies in dollars or the US economy, one would have to be insane, knowing all this.

The article originally appears on the author's blog Mat Rodina