Where is This Story? 4.7 Million at Risk of Starvation

Four point seven million people are at risk of starvation in Northern Africa due to a harvest failure caused by scares rainfall in 2009, yet the story, as well as the funds, are nowhere to be seen in an international media worried about Tiger Woods’ personal life. 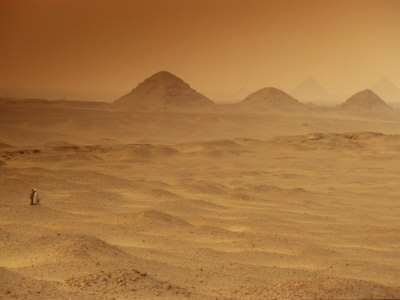 Where is This Story? 4.7 Million at Risk of Starvation

The United Nations Organization’s Office for the Coordination of Humanitarian Affairs (OCHA) has launched an urgent appeal for more funds (133 million USD) from aid agencies and partners to finance the distribution of food aid in Niger, where 5.7 million people are affected by malnutrition and food shortages after last year’s harvest failed in vast areas of the country due to insufficient rainfall.

The situation is sufficiently bad to merit the use of the term “emergency humanitarian action plan” to describe the calamitous position faced by these people, who are in urgent need of food security, food aid, safe water, sanitation and hygiene networks and infrastructures, according to OCHA.

The UNO office has issued the following statement on the crisis in Niger: “ Inadequate or poor distribution of rainfall has caused large deficits in Niger’s agricultural and fodder production. Poor harvests have created a cereals deficit of more than 410,000 metric tons, while fodder shortfalls have been estimated at more than 16 million metric tons or 67 per cent of the national livestock needs. Many water sources have also dried up, adding to the hardship pastoralists are facing”.

For Josette Sheeran, Executive Director of the UN World Food Programme (WFP), the situation in Mali has become “a major humanitarian challenge” despite the fact that her Programme has doubled food aid to Niger in recent months.

The ruling authorities in Niger, the Supreme Council for the Restoration of Democracy (CSRD), which came to power after a coup d’etat on February 18, have appealed for international assistance.

“Where is Mali and anyway, who the Hell cares?” is the unspoken soundbite from the first decade of the new millennium, in which trillions of dollars are spent on wars to kill people and a paltry 133 million USD cannot be raised to feed hungry kids.

As you read these lines, spare a thought for NATO and question yourself exactly what has this Organization done to develop the world? Why does this Organization control its member states’ foreign policy? And why does it siphon off cash which the majority of informed and thinking citizens of its member states would rather donate to a cause such as Mali than to bombing Serbia or wedding parties in the Hindu Kush?

Is this really the world we are happy to live in? And what role does the international press play, mis and disinforming people, shaping public opinion away from the truth and focussing on banalities and trivia such as the private life of Tiger Woods?