Iran: A Sneak Attack is On!

It has been revealed that hundreds of powerful U.S. “bunker-buster” bombs are being shipped from California in the U.S. to the British island of Diego Garcia in the Indian Ocean in preparation for a possible attack on Iran. Although Diego Garcia is part of British Indian Ocean Territory, it is used by the US as a military base under an agreement made in 1971. The agreement led to 2,000 native islanders being forcibly evicted to the Seychelles and Mauritius. 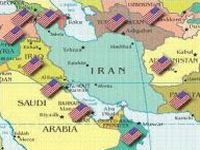 Iran: A Sneak Attack is On!

According to reports, the U.S. government signed a contract in January to transport 10 ammunition containers to the island. According to a cargo manifest from the U.S. navy, this included 387 “Blu” bombs used for blasting hardened or underground structures. The stealth bomber hangers on the island were being specifically equipped to house the bunker-buster bombs.

Experts say that they are being put in place for an assault on Iran’s nuclear facilities. There has long been speculation that the US military is preparing for such an attack, despite all evidence to the contrary, that Iran is not planning on manufacturing nuclear weapons.

"They are gearing up totally for the destruction of Iran," said Dan Plesch, director of the Centre for International Studies and Diplomacy at the University of London, co-author of a recent study on U.S. preparations for an attack on Iran. "U.S. bombers are ready today to destroy 10,000 targets in Iran in a few hours," he added.

Ten thousand targets? There is more to this than the concept of overkill or even the remote possibility that there are that many targets that can be described as part of Iran's nuclear program. It is typical U.S. insanity and murderous behavior. The idea is to devastate, depopulate and rule. Does this planet need yet another people and nation devastated, with its infrastructure attacked by military hardware, made unlivable for its population in the foreseeable future? Does this planet need another area where terrorist bombings are a daily, hourly occurrence? This insanity has to be stopped, and it has to be stopped with all of us.

The civilized world cannot allow this to happen to another country. Iran is an ancient civilization and culture. In over 200 years, Iran has done absolutely nothing to infringe on its neighbors. However, quite the contrary is true. Iran has suffered regime change before at the hands of outsiders and has not forgotten it.

For more than half a century, Britain and the US have menaced Iran. In 1953, the CIA and MI6 overthrew the democratic government of Muhammed Mossadeq, an inspired nationalist who had the nerve to believe that Iranian oil belonged to Iran. They overthrew him and installed the venal Shan Mohammad Reza Pahlavi, and, through a monstrous creation called Savak, built one of the most vicious police states of the modern era until the current leadership formed the Islamic Revolution. It is all about the vast reserves of oil on Iranian land, as well as global dominance.

Iran is a country of great history and culture, and a people that welcomed their Christian neighbors with open arms when they were under threat of total extinction.

Just to remind, on December 18, 2003, Iran signed the NPT (nuclear Non-Proliferation Treaty) Additional Protocol on Nuclear Safeguards, according greater access and the possibility of intrusive inspections to Iran's nuclear facilities by the International Atomic Energy Agency (IAEA). This treaty specifically gives Iran the right to use nuclear energy for PEACEFUL purposes.

On the other hand, Israel sits on over 200 nuclear devices and refuses to sign the NPT. Israel's nuclear facilities are not available and totally closed for outside inspection by the IAEA.

Just a couple of days ago, another threat came from Israel towards Europe. “We have hundreds of nuclear warheads and missiles that can reach different targets in the heart of the European continent, including beyond the borders of Rome, the Italian capital,” said Israeli military historian Martin Karfeld , adding that most of the European capitals would become preferred targets for the Israeli air force.

The Israeli historian reiterated Israel’s ability to destroy the whole world whenever it felt its existence would be doomed to extinction. Another time, another prominent Israeli announced that Israel would target all European capitals with their nukes...if and when the paranoid, hysterical Zionist state felt threatened, which is just about all the time, part of their perpetual state of mind. And yet Iran is put in the sites of U.S. disgusting, filthy, criminal, demonic military hardware? Let it all be cursed! Let the evil they plan for others fall back onto their own heads.

This frightening prospect of an unjustified, unprovoked, unmerciful, aggressive and unmitigated attack against Iran MUST be resisted by all civilized persons on the globe, beginning with those in Britain who must make known to their government that they do not want British territory involved in any aggressive attack against Iran, which will surely lead to a huge regional and possibly global warfare. Things are coming to a critical mass, approaching a point of no return. The time to speak and to act is NOW!

For Iran’s children, for Iran’s innocent, for Iran’s great civilization and past! Civilized humans of the world unite and STOP the insanity, stop the killers and destroyers of civilization, stop the war criminals! Stop aggression! Stop war! Stop imperialism! Damn the bombs! Damn the war pigs! We must all act together or we may all burn together!