Latin America and the Caribbean: Taking a Stand Against Interventionist Colonialism

The Declaration of the Rio Group on the 'Question of the Falkland Islands' expresses the support of the heads of state of the region and "the legitimate rights" of Argentina in the dispute with the United Kingdom's sovereignty over the archipelago. The leaders asked the governments of two countries "to resume negotiations to find as soon as possible a just, peaceful and definitive resolution in the fight for sovereignty over the Malvinas Islands, South Georgia and the South Sandwich Islands and their surrounding maritime areas, in accordance with the relevant resolutions and declarations of the United Nations and the Organization of American States." 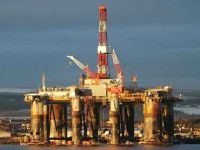 Secondly, according to the declaration, the leaders "express, besides, regarding the Treaty of Lisbon that modifies the Treaty on the European Union (EU) and the Constitutive Treaty of the European Community, that the inclusion of the Malvinas, South Georgia and South Sandwich the scheme's Association of Overseas Countries and Territories Overseas' is incompatible with the legitimate rights "of Argentina and the "existence of a dispute over sovereignty over these islands."

The special communication approved by the presidents on the prospect for oil on the continental shelf, which began this week by Britain, points out that the leaders recalled the UN resolution. The UN called on both parties to refrain from taking decisions that lead to the introduction of unilateral changes in the situation of the islands. This month, Argentina presented a note of protest to the British Government after the arrival of an oil platform to an area of the continental shelf of Argentina, located about 100 nautical miles north of the Falkland Islands in order to start prospecting.

Additionally, Latin American and Caribbean nations have agreed to launch a new regional body that will exclude the United States and Canada. The announcement was made following the Rio Group Summit at the resort town of Cancun, Mexico. The new group will be replace and sidestep the Organization of American States (OAS), since it only has sought to work for US interests and no one else's.

The British firm Rockhopper Exploration (LSE: RKH) discovered a vast natural gas deposit that may be as big as 7.9 trillion cubic feet. Imperialists / colonialists are now looking to return to the Falklands since the price of oil is no longer only $10 a barrel, suddenly making this region is a hotspot for oil exploration again.

Falklands Oil and Gas has secured the backing of resource giant BHP Billiton. Drilling is now planned in the North Basin for the first quarter of 2010.

Two wells were drilled on Rockhopper licences during 1998 by Shell, who held the licences at that time. One recovered live oil, the other encountered significant quantities of gas. Rockhopper raised £50 million by way of an equity placing during late 2009 and will now participate in 5 wells during a drilling campaign in 2010 using the Ocean Guardian.

Heated talk by private investors is that the Falklands will prove to be one of the last great frontier oil provinces of the world, a region so rich in hydrocarbons that it might eclipse the UK's North Sea oil and gas bonanza.