The US 'Conservative' Hypocrites

Thanks to the Internet, and more specifically to YouTube, I have been able to watch some of the so called "conservatives" of Fox News. Yes, we in totalitarian Russia do not have Fox, we only have 3-5 Russian news channels (depending where you live), plus CNN, BBC, Deutsche Welle and of course there is the Orthodox Church channel and various others...see, dear readers, the Foxservatives are right, Russia is totalitarian. 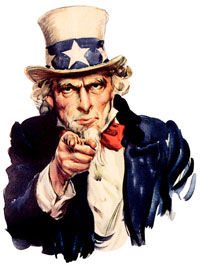 The US 'Conservative' Hypocrites

Through YouTube, I got to watch several different programs that used a couple of my articles, that were printed in Pravda.ru, as part of their show. Now, normally I would not mind added publicity, but it would be nice if my permission was at least asked, kind of required by copy right laws, and yes we have those in Russia too. That one Bill Oreilly did not even bother giving me credit on my own piece, just shows his concern on law and order...oh but he was busy not spinning on his "NO" Spin Zone. What is the matter Mr. Oreilly, copy right only applies to American media? Or does the property of those outside the US not matter much to you?

However, as much hypocrisy as was shown by the way my articles or parts of them were used, it is all paling in comparison to the hypocrisy these Foxservatives show for Vladimir Putin and Dmitry Medvedev.

What do I mean? Quite simple: on a social and economic level, these two great men are the wet dream of American conservatives high and low. In Russia, we have implemented what Americans (and never mind the defeated English) can only dream about. But instead of taking these accomplishments as some great points or guiding lights or as fellow travelers to align with, these so called American conservatives, in the pockets of Islamic Saudi Arabia and their war ministry, do nothing but shill for Cold War and arms build ups.

What are the great accomplishments I speak of? Let us review.

Abortion: Russia has banned abortion, except in extreme cases by court order, for any pregnancies post 12 weeks. Now, in my view that is also too much, but compared to the West in general and the USA, the leader of extreme abortions where babies are legally massacred the day before birth, it is a show stopper. Where are the right to life crowds cheering this? No where, they are to busy screaming how evil we are, living off of what they are fed and what was 10 years ago. If in America they actually stopped abortion, these false prophets would loose a platform upon which to wax their collective arses while doing nothing but Menshaviking to the present Bolsheviks in power.

Religious Education: Under Putin, it has been allowed to have Orthodox Christian religious classes in all the schools. Children are encouraged to take these. This is as opposed to modern America where the only religious classes allowed are Humanism and the worship of one's own ego. No tears cast by the Foxservatives on this, why should there be, after all, if this was allowed, many actual religious peoples might point out the damning pride and ego of these false prophets.

Marxism: Under Medvedev, Solzhenitsyn's Archipelago Gulag is required reading in schools for 11th graders. All the brutality of the Soviets and the crimes that were committed will be in the minds of our children for generations. Where is any review of the crimes that Wall Street committed when it sponsored and set up those same Communist Marxists or Hitler's Fascist Marxists? No where. Where is the admission of the massacres that the American army committed in the independent nation of the Confederate States? No where, nor anything of the terror bombings of German cities or anything else of that nature. You will never hear anything on these from those NYC/DC blabber heads who love their Wall Street and think that genociders like Sherman were bully.

Homosexuality: That is one subject that will never be taught in Russian schools, just like Sodomite Pride Parades will not happen in our city streets. Sure, they can have their clubs and do what ever ghastly things they want with each other in their apartments, but unlike the West, unlike many parts of America, there is no homosexualization of kindergarten children. No fisting education courses for 12 year olds and no sexual pedophile perverts in charge of school safety. Where are the compliments from the American conservatives...oh that is right, according to them, in Russia we deny freedom. So whose side do they really stand on in America? I would say, other than selling books, they stand on the side that causes evil and gives them an excuse to sell books.

Trial by Jury: That is right, the American puppet Yeltsin did not bring this to us, we never had more than empty words from that stumbling damned drunk. Putin, the "denier" of freedom brought it to us. Sure, the system is not perfect and the government does interfere, but at least we do not double try our criminals, like the Yanks do with mind crimes, er "hate" crimes.

Private Property: Again, brought to us by Putin, the codification of private property rights and land ownership. Bet most in the Anglo sphere do not even know we have these rights, as their own are stripped off. In England, you can not even chase away someone who decided to have a picnic on your front porch.

True, corruption is a problem, absolutely, but how is it that these champions of righteousness always miss the large steps against corruption in Russia. How do they miss the fact that one governor or mayor or police chief after another is heading to prison for corruption? How is it that they whore themselves for criminals such as Boris Berezovsky or Vladimir Gusinsky or Mikhail Khodorkovsky, all who have a hell of a body count following them too?

Low Corporate Tax Rates: Major corporations pay 24% corp income tax, compared to the American Federal rate of 36% and additional state rates. The French pay less than the Americans, and we are the communists? Oh, but that is something the so called Conservatives love to babble about on TV and Radio and accuse us of. The fact that we have been lowering taxes on small businesses, not raising them like in the Anglo-West has also been missed, on purpose.

Extraction Economy: Yes, they do have us there, our government revenues are based mostly off of taxes on oil and gas, as a matter of fact, every dollar over the $36th in oil is taxed at 90%, but this allows low taxes on all our other businesses so that the economy can grow and oil/gas has already fallen from over 50% of the economy to under 25%

Tariffs: Russia, first under Putin and than under Medvedev, has left Capitalism and firmly entered the correct realm of Mercantilism, in other words, Russia defends its companies, its businesses, its markets and above all the welfare of its citizens. Since these scions of "conservatism" in America are Free Trade Capitalist Marxism, why would they do anything but damn us for this...the absurd thought: protecting the welfare of your workers rather than reaping cash off of their lost jobs by shipping everything overseas.

Illegals: Russia, over run by Central Asian and Chinese illegal aliens has taken, under Medvedev, strong pro-active actions to deliver these illegals back to their home realms. Where the government has failed to do so, the people have taken it into their hands to either explain nicely or at the end of pitchforks, why these illegals should return from whence they came from in a big hurry. Yet the open border/free trade, sympathy for those poor people "conservatives" of the US "right-wing" media do nothing but attack us on human rights abuses, even as they look the other way while their own citizens die over a dozen a day to illegals.

War Mongering: Who invaded over 30 nations in less than 200 years? Who has fought over 6 wars since 1991: Iraq followed by 10 years of bombing them, Somalia, Bosnia, Yugoslavia, Iraq, and Afghanistan, while engaging unofficially in Somalia, Kenya, Yemen, Pakistan and the Philippines? Who waxes and screams for full invasions of Iran, Yemen, Pakistan, Venezuela? Who threatened to bomb our ships and come in and defend the Chechen Islamics? Who sponsored revolutions in Serbia, Armenia, Georgia, Ukraine, Belarus (failed), Kyrgyzstan, Uzbekistan (failed), Moldova (failed)?

Feeding Islam: Yes, I do not personally like that we give aid to Iran, Syria and Sudan and will happily see it stopped, but first, why not the US set the example when they cut off Pakistan, Iraq, Jordan, Turkey, Turkey held N.Cyprus, Yemen, Oman, UAE, Qatar, Kuwait, Egypt, Tunisia, Morocco, PLA, Albania, Bosnia, Indonesia and the illegal entity of Kosovo? As well as America feeding such nice groups as the Chechens, while backing every Saudi Jihad there ever is or ever will be, never mind that you created, along with the Saudis, the Islam International that now murders tens of thousands of non-Muslims each and every year. All that blood is on the hands of the DC elites and the fools who back them. All those dead Christians are on or should be on your collective consciousness, but we are the great enablers of Islamic Jihad???

Breaking Promises: Better question, what promise or treaty has been kept for a second longer than was ever profitable for the US? Definitely not the original promises and alliance with France in your revolution. Not to anyone else, not from the 200 treaties to your Indians not to the promise not to expand NATO, not to the anti-missile treaties. Why should we show any trust? A bloody knife is only waiting for our backs, again. But where is Oreily and Hannity and the rest on this? Why proclaiming what great diplomacy these betrayals were and are. That is where.

So in gist, it is obvious that these so called conservatives, who have little respect for the laws outside the US have equally less respect for real conservative actions. God forbid if the American people should look upon the Russian people for inspiration and support to implement these very real and very conservative, free enterprise principles and nationalistic policies that will protect their collective futures. Instead, these paradigms of "conservatism" in America are only interested at talking pointlessly, waxing aimlessly, deliberating diligently while frothing at the mouth at us "evil" Russians. Is it any wonder that the Americans are broke, ignorant and have become, well before even the present Sunni regime, a laughing stock of the world? Things look to stay the same, while we go on our own way to prosperity and the defense of our national values.