Social Democracy, Pillar of US Hegemony in Europe, Is Dying 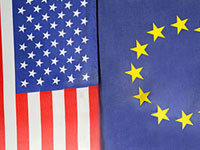 Social Democracy, Pillar of US Hegemony in Europe, Is Dying

Now that the Lisbon Treaty will enter into force this week, it may be concluded that the social democrats have completed their handiwork by destroying the last remnants of European Civilization. The first blow was delivered by the governments that pulled their countries into a European Civil War in 1914. The “Great War” almost destroyed Europe. The second blow came from that other adulterated version of socialism, national socialism. By pretending to save Europe, the nazis delivered it another mortal blow, but still Europe recovered. The third and final blow to Europe was given by the social democrats. For the past decades, the social democrats have been betraying their voters while acting like vultures, raking in the crumbs from the collapsing welfare state. The state they had themselves been instrumental in building up.

Since the French Revolution, the core values of European Civilization have been individual and national freedom, equality and fraternity. One by one, all European nations eventually came to adhere to these values, that could be seen as a secularized condensation of the ten commandments. Needless to say, Europe's elites mostly rejected these notions since they threatened their traditional political and economic supremacy. After its initial failures in 1848, Marxian socialism began to gain increasing numbers of adherents among the growing industrial masses of Europe. Some socialist leaders, however, were impatient and resented Marx's postulate that socialists were to refrain from participation in regular politics. In 1875 one of these impatient men, Eduard Bernstein, succeeded in having the German socialists support the creation of a regular political party with the purpose of winning seats in parliament. This was the birth of revisionist socialism, and the social democratic party. But in fact, revisionism was an adulteration and like all adulterations, it only seemingly had a better taste to it. The real thing is always preferable. Who would not prefer butter over margarine, or a real charbroiled hamburger over one from McDonald's?

After the Red Army had defeated nazi Germany in 1945, the US maintained its military occupation of Western Europe. In order to secure the necessary political support for its occupation, the US turned to the social democrats in some countries and to the christian democrats in Italy. These parties were considered the best defense against communism. Until 1948, European communist parties enjoyed massive and growing popular support. Using every means at its disposal, ranging from threats and blackmail to the lavish funding of anti-communists, the US found the Western European social democrats and the Italian christian democrats to be its most loyal allies. From that moment on, these parties became the main conduit for US political influence. For decades, their leaders and promising new recruits were singled out for special treatment, receiving stipends and scholarships to spend time in the US, usually no more than a year. Anybody who stays in the US for more than a year begins to see the way the US political system really works and tends to develop a critical attitude. Once back in Europe, most young social democratic leaders became advocates of the so-called Atlantic partnership on the basis of values supposedly shared by the US and Europe. Thanks to the traditional social democratic preponderance in Western European media and universities, US influence became established very solidly, to the point that any profound criticism of the US and its policies were either impossible or else effectively silenced.

Europe's social democrats made a serious error of judgment after the fall of the Berlin wall, the ensuing collapse of “real existing socialism” and of the Soviet Union: they scrapped any and all vestiges of socialism from their programs. Instead, they embraced the most reactionary kind of economic neoliberalism. However, they retained their socialist vocabulary and continued calling themselves “left wing,” “progressive” and above all “socialist.” In other words, they just pretended they were still socialist, whereas in actual fact they were just hard core reactionaries. This kind of political con artist is exemplified by Tony Blair, who has once again come under fire for unleashing a criminal war of conquest against Iraq.

During the past two decades, social democrats have joined Europe's ruling elites on a truly massive scale. Disproportionately, they have been parachuted in the corridors of power, almost exclusively as unelected officials at all levels and all branches of government. In exchange for cash, dozens of these loyal social democrats were raised to the peerage by their crony Blair. Craving for recognition of their new status, anxious to line their pockets, and hurrying to shower benefits upon their offspring, the new caste of social democratic, parasitic office-holders has opened the gates widely towards mostly poor, muslim immigrants. They did so with the purpose of turning these underprivileged newcomers into a faithful electoral base to compensate for the loss of the traditional workers' vote. At the same time the swelling ranks of the new muslim urban underclass could serve as an instrument to cower the impoverished remnants of the native working into submission. To this day, social democrats are still egging on rabid muslims to demand all sorts of special privileges. In all countries of Europe where social democrats have been introducing masses of muslim newcomers, basic democratic principles are under mounting pressure. The first victim, freedom of speech, will no doubt be followed by many others.

The socialists' application of the adage of divide and rule, however, soon had pernicious, devastating effects on European societies as a whole. Today, it is becoming increasingly apparent that the muslim urban underclass will not be turned into a faithful voting public for the socialists. More and more they are seeing right through the social democratic scam and are in the process of organizing their own movements based on muslim fundamentalism.

As a matter of fact, the social democrats have first betrayed their own ideals, then their traditional voters and finally the muslim masses they brought in. This is hardly surprising, since the social democratic movement itself constitutes a betrayal to Marx's original ideas. Once a traitor, always a traitor.

The collapse of social democracy also portends the end to an era in which the US exerted their rule over Europe through this group of traitors. If the US wants to extend their grip on Europe, as I suspect they would want to, they ought to start looking for a group to take the place of their trusted social democratic Quislings. They will need more luck in this pursuit than fate is willing to grant them. Fortunately.