World wide, the Anglo press is at it again, slamming Russia and attempting to discourage investment and tourism to undermine the recovery that has been built upon by smart economic moves of President Medvedev and Prime Minister Putin. 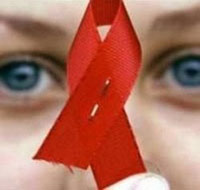 The latest weapon of choice is the supposed AIDS epidemic that is sweeping Russia. In no time at all, the Anglo media has spared no print space expense to cast Russia in a seedy, diseased light. The proclamation are that the disease HIV has doubled in the total infected, in the past eight years. News such as this is at the top of any long "analytical" piece published. Actual rates of infection are at the bottom, if anywhere at all.

The conservative absence message of the government is criticized by "world experts" as pointless and inefficient. Robin Gorma, executive director of International AIDS Society, was quoted as saying that [in Russia] "it does appear ideology is getting in the way of public health care policy."

Chris Beyer of John Hopkins said of Russian officials that they "have never really embraced needle exchange, free condoms and other harm reduction techniques." Beyer went on to say that this is the reason why Russia continues to have one of the most sever epidemics in the region.

The chorus of Western and Westernphile voices is, of course huge, and damning of a conservative Christian Russian government. Even the so called conservatives on such media outlets as Fox and the UK Telegraph, join in a mindless Russia blasting, regardless that they hypocritically support the exact same policies at home...their hatred of Russia rots their brains and displays their absolute double standards and duplicity. More on these so called Western Christians and Conservatives in a separate piece to follow.

But what do the statistics say?

Russia's numbers, surely to low, recorded 501,000 cases in total, while the UN, surely to high, recorded 1,1 million. So lets take it at the midpoint of 800k. Russia's legal population is 145 million, so this infection rate is 0,6% That is correct, six tenth of a single percent and that is if you consider that all recorded infections belong to the 145 million legal citizens and residents and none to the five to eight million illegals, which is far from reality. But surely, in the world of HIV, this must be a stellar high infection rate, correct?

Sure on the high end of the scale, according to the CIA World Factbook are Lesotho at 28,1% infection rate, followed by Swaziland at 26% and Zimbabwe at 24%. In Europe, the highest rates are Ukraine at 1,06% and Spain at ,7%. Russia's ,6% places it in the same category as the United States and Latvia.

As far as being the "leader" in the region, in the CIS that is easily shown a lie, as Ukraine with 1,06% holds that title and Russia is a distant second. Much of the increase is due to the inflow of heroine into Russia, through the "democratic" Afghanistani US puppet regime and various other US puppets in the region.

So, once again, simple statistics lay waste to Anglo-Marxist lies: Tell the Truth, Shame the Devil.

The article has been reprinted with the kind permission from the author and originally appears on his website, Mat Rodina