Since the 1960's Western society, hitherto Christian in foundation, has come under the influence of a school of moral theology known as Consequentialism. Conseqгentialism, essentially denies objective truth and leads to moral relativism. Ultimately it leads to a culture of death that today sanctions everything from contraception to abortion, homosexual activity, sex outside of marriage, divorce, sterilization, in-vitro fertilization, pornography, embryonic stem cell research, euthanasia and even false notions of a just war. 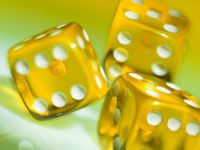 Consequentialism claims to draw the criteria of the rightness of a given way of acting solely from a calculation of foreseeable consequences deriving from a given choice. Consequentialism acknowledges moral values but maintains that it is never possible to formulate an absolute prohibition of particular kinds of behaviour which would be in conflict, in every circumstance and in every culture, with those values. In his book ‘Orthodoxy” G.K. Chesterton maintains that this is a false theory of progress. “We often hear it said, for instance , ‘What is right in one age is wrong in another’. This is quite reasonable, if it means that there is a fixed aim, and that certain methods attain at certain times and not at other times...[However] if the standard changes , how can there be improvement , which implies a standard?

The so-called goal of Consequentialism is to maximize the good of humanity. It operates on the Utilitarian principle that “the ends justify the means”. As a result human beings are often treated in an impersonal way i.e. not for their own sake but for the utility that can be derived from them.

Moral philosopher Bernard Williams criticized Conseqentialism on the grounds that the central idea of Consequentialism is that the only kind of thing that has intrinsic value is “states of affairs’. For the consequentialist human acts have no value in and of themselves but only insofar as they produce the best states of affairs. The right act is the act, of those available to choose from, that brings about the best consequences while supposedly maximizing the overall good of everyone’s self interest.

Williams also objected to the doctrine of “negative responsibility” that follows from Consequentialism’s assigning ultimate value to states of affair. This doctrine holds that one is just as responsible for the things that he allows to happen or fails to prevent as he is for the things he brings about. Consequentialism, then, does not take seriously the distinctiveness of persons but rather treats them impartially. It totally subordinates the individual to the collectivity. This deprives persons of their identity and integrity.

Consequentialism is a dehumanizing formula for it reduces human beings to material objects which can be exploited and to commodities that can be bought and sold. It reduces them to beings whose free will has effectively been abrogated - beings upon whom a judgment of moral good or evil cannot validly be passed. Such a philosophy ends up poisoning the social structures and human relations it purports to strengthen - defeating, in turn, its own purpose.

Some like Peter Railton advanced Consequentialism to a stage that supposedly allows the individual person the freedom to pursue personal goals of happiness while remaining, at the same time, subject to the collectivity. This “sophisticated consequentialist” is not always bound to consequentialist calculating, to rules or to “directly” seeking the goal of maximizing the good. Instead, he may at times find it more advantageous to “indirectly” maximize the good by cultivating certain, necessary areas of personal interest such as human relationships - relationships whose intimacy and friendship are not subject to suffer the “loss” and “alienation” that often comes with direct consequentialism. This would mean that on an act to act basis the sophisticated consequentialist will sometimes do the wrong thing according to his criterion of right in order to achieve the overall good. Here we have the clear justification for claiming that the ends justify the means. We also have the foundation for moral relativism.

This theory necessarily entails the cultivation of certain dispositions or character traits that are the product of moral, emotional, sociological and psychological inconsistency. These include a certain weakness of will, indecisiveness, rationalization and guilt. More precisely it involves a certain form of self-deception that enables the consequentialist to live a double life.

At the level of morality however, the conscience, being one and indivisible, does not permit the acting out of parallel lives. Scripture has it that "no man can serve two masters" (Matt. 6: 24). Railton’s sophisticated consequentialist serves as a psychological artifice to disguise this fact in order to allow the consequentialist the opportunity to live comfortably in a fictitious world of his own choosing.

How often do we see this charade being played out in the real world with our politicians?

Politicians, in order to get elected will first compartmentalize and separate their private life from their public life - claiming, in effect that one can lead an authentic Christian life while sustaining two different realities of existence. They will claim, for example, that one can privately oppose abortion, in unison with his or her religious faith while politically supporting, at the same time, a woman's right to choose. The longer this facade is upheld and sustained the more the conscience is degraded at its most core level to that of a mechanism producing excuses for one’s conduct. Incrementally, one begins to construct a wall of resistence to anyone who might oppose this parallel existence. As one’s guilt is pushed beneath the level of the specific judgement pronounced by conscience to that level of “neglect of one’s own being”, one becomes dulled to the voice of truth and eventually incapable of any longer hearing the voice of conscience. This explains how our politicians can publically, and out of a hardened conviction, confuse the reality of objective truth.

Ultimately, Consequentialism is something morally and psychologically debilitating. It eventually ends up poisoning all of society for when its’ gravely immoral policies make their way into law, they begin to incrementally, surreptitiously, almost invisibly, impose themselves on society by both coercion and force - marginalizing in the process both religion and those of religious faith.

Consequentialist - utilitarian ideology, which purports to bring about the greatest good for the greatest number of people, is insufficient for it operates from within a narrow landscape of particular instances and doesn’t consider - nor can it - how different situations are ultimately connected to each other in time or how they are understood in relation to the persons that help bring them about. In other words it functions on appeal only to consequences the totality of which cannot be known but which are necessary - according to its own standard in the absence of absolute truth - to arrive at a truthful decision. What may at first appear to be clearly the best thing in a particular situation may in the long run turn out to be the worst thing and vice versa.

Albeit calculated, every decision becomes little more than a shot in the dark. Consequentialism thus pretends to achieve the harmony of oneself with the cosmic “whole”, the overcoming of all separations - including the distance that separates creature from Creator. In this context, responsibility, evil, goodness and moral judgement become something collective without a clear concept or manageable moral definition. In fact Immoral acts, such as lying, dishonesty, cheating, stealing, killing, are often falsely elevated to the status of moral virtues under the description of the “right act” - that being the act required to bring about the “perceived” greater good. This is especially evident in the totalitarian regimes of the 20th century that have been largely motivated by consequentialist ideologies. Ultimately, Consequentialism fails as an adequate moral theory worthy of human pursuit. It succeeds only in advancing a dictatorship of relativism which does not recognize anything as for certain and which has as its highest goal one’s own ego and one’s own desires.