Today, September 2, 1945, the Japanese surrender was accepted by members of the Russian, American and British delegations, among others, ending the Second World War, called the Great Patriotic War in Russia due to the tremendous human sacrifice made by the Soviet Union (over 26 million souls). 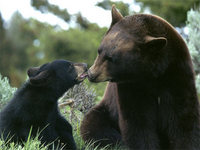 Yet instead of putting past differences behind it and moving forward together, western Europe in particular appears more and more determined to distort history, forgetting the most important facts and trying to tar the Soviet Union and Stalin with the same brush as Nazi Germany and Hitler. An absurd declaration was adopted by the OSCE recently equating the Soviet Government with the Nazi regime, despite the fact that the Soviet Union stemmed the tide of Nazi aggression and was responsible for 90 per cent of Wehrmacht casualties.

Other declarations by EU leaders, such as that by the Polish President Kaczynski, that Poland would have repelled Hitler successfully if it hadn’t been for the Soviet Union’s actions, absurd though they may be (film footage of the time shows the Poles reduced to riding their horses against the German Panzers and hacking at them with swords), they are yet another indication that western Europe appears more concerned with keeping the image of Russia as negative as possible, creating a “them” which justifies and facilitates the “us”.

The tragedy in the Caucasus last year was another crystalline example of where the true psyche of the western media and powers that control it really lie. An attempt was made to claim that Russia was the aggressor, amid claims that “Russia has lost the media war” two days after lies and manipulation were used to hide the fact that the Georgian side attacked first, and used missiles and tanks against civilians. Only much later was this admitted, when the media circus had moved far, far away and hardly anyone was paying attention to Saakashvili’s murderous regime and his irresponsible, genocidal actions.

Russia has always sought friendly relations with its neighbours and during Soviet times, resources were distributed among the Republics, often to the detriment of Russians and to the benefit of their Soviet brothers. It was a Union, wealth was shared. After the voluntary dissolution of the USSR (predicted and provided for in its Constitution) Russia continued to pursue bilateral ties which worked in the interests of all parties.

Such was the case with Georgia. Moscow spent years following a process which would respect the territorial integrity of Georgia and was careful to include Tblisi and Georgia’s interests in all its talks, until Saakashvili tried to murder his own people and they opted for independence.

This is just one of the many stories wholly and totally misreported and always against Moscow, Russia and Russians by a biased and very unprofessional western media pandering to political interests. Despite this, the Russian government has repeatedly made it clear that Russia and Russians have nothing against Balts, Ukrainians and Georgians and it should be pointed out that attempts by foreigners to drive a wedge between Moscow and her neighbours will not result, since they go against historic trends of friendship, sharing and brotherly relations.

It is high time Europe pulled together to solve common problems in a spirit of friendship. It is high time western Europe viewed Russia for what she is – a friend and an ally, which twice in the last century made terrible human sacrifices in the name of freedom from tyranny. And today, modern Russia provides a strong and stable partner for investment with a human potential which is second to none and a dynamic and well-managed business and entrepreneurial sector.

Certainly, Russia has skeletons in its closet. Who hasn’t? But Russia accepts its history, the bad and the good, makes a balance and has decided to move on while the rest of Europe forgets some of the horrific actions of collaboration in a great number of states which today are the most vociferous against Moscow.

Is it really necessary to continue with a series of articles outing those who crawled into bed with Hitler and collaborated in exterminating innocent civilians? Or rather, could Europe not drop the hatchet, embrace Russia and feel that from the other side there is a great deal of warmth, genuine friendship and respect and an absence of the ice-cold venom which blows from the West, not the East?