America, as much of the world knows, is out of energy. Despite importing a quarter of the world's oil, it is out of energy and being now a Leftist nation, it is in the gravity well of the black hole of "clean energy". What this of course means is, fake renewable energy. Of course there is no such thing as the cost in input energy to create the windmills and solar cells far outlasts what they can actually produce in their short lives. 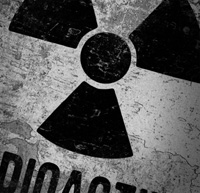 The only hope that America has is to recreate its industry and to do that it needs cheap energy, something wind turbines will never give you. They might be great for crushing wheat kernels but not for generating electricity.

You want to set the reset button? You want to cut nuclear weapons? You want an electrical grid low in carbon dioxide (not that it really matters in the real world but we'll pretend it does)? You want industry to grow and jobs for your people?

Well welcome Mr. Civilian Nuclear Power or Mr CiNP or rather Mr. Russian CiNP. Russia is an expert on building nuclear power plant. Yes, before you start, Chernobyl happened and it was a freak accurance (unless you buy into the theory it was staged and knowing the CIA/MI6 it just may have been) but a lot of lessons were learned from it. Furthermore, unlike the US, which has not built a nuclear station in over thirty years, Russia has vast experience in both this and in turning nuclear weapons material into safe nuclear rods for nuclear power plants...no giant explosion guaranteed or your money back.

The advantages are many. Unlike wind turbines or solar cells, a nuclear power station will last over fifty years and provide not only hundreds of jobs in construction but hundreds of jobs in running it. It also takes up a much smaller foot print, both on the ground and visually than hundreds of rusting metal poles, sticking hundreds of meters in the air. But best of all, nuclear power costs a mere 2 rubles an hour, or about 6 American cents, compare that to wind, which runs closer to 20 rubles.

So, from 2,100 to 1,500 each, that is a yield of 1,200 nuclear decommissioned warheads, more than enough fuel to power most of the United States and Russia for decades to come. Remember, this is enriched Plutonium, not low grade Uranium.

So here is the deal: send Russia the nuclear warheads, and your inspectors. We will reprocess them for a fee. We will build your reactors and ship them to you, while you build the controls and housing. We will install them and get it up and running, and as Prime Minister Putin, early last year offered, we will, for another fee, take your spent fuel rods and dispose of them also, down some very deep hole in our Siberian mountains...do not worry, thanks to the Soviets, we have plenty.