Bodyism, an Extreme Individuality in the USA 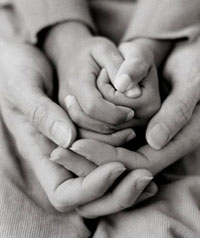 Bodyism, an Extreme Individuality in the USA

Bodyism is the fallacy which states because we have separate bodies, therefore, we are completely separate entities from society. Bodyism is an extreme view that takes personal disconnection to absolute realms never seen before. Bodyism may at first seem to be an ideological or political perspective but it is at root a psychological state of mind. Libertarian and Conservative views have become so extreme that they have taken individuality, a very good principle of living, into the land of unhealthy individuality, of extreme individuality that goes far beyond egotism, alienation, narcissism or greed.

Here are some examples of its thinking:

The Bodyist feels that all government is an imposition; all government is a limitation of individual freedom. They believe there is no such thing as common need or interests. Bodyists want no taxes at all, because taxes are theft, funds are given to others, there is no gain for themselves. The Bodyist view of economics is a fully deregulated capitalism because this system will supposedly maximize their economic interests and freedom. There shall be no product or safety standards, no requirements of transparent reporting by corporations and financial institutions and so on. In the present economic crisis, there will be no government intervention to help anybody -- no aid to homeowners, the unemployed and small business, though Bodyists are homeowners in trouble, unemployed and small business people too.

The Bodyist has a fascination for guns because they are the symbol of their freedom against oppressors, and everyone is a potential oppressor.

The Bodyist view of discrimination is that it does not exist. The Bodyist declares that all are equal and free. The past legacy of discrimination which manifests itself in poverty, in lack of education, in unequal pay and opportunities, and in certain psychological behaviors is gone. The Bodyist does not grasp the realities of prejudice, the real palpable affects of it, that the victims need some help. The Bodyist disguises his bigotry behind principles of “equality” and “individual freedom”. Bigotry is in fact another side of Bodyism; it is another tool to cut off people, in this case whole social strata. Further, the Bodyists are big on fences and gated communities. And their biggest fences are names and categories to label people, to fence people in secure ideological pens.

The Bodyist view of global relations is no global connections, The Bodyist is an isolationist par excellence. He wants no world organization in any form, for the world is a threat to his freedom. At the same time, the Bodyist is an imperialist and invader. Why? Because when he perceives some international threat to his interests, he attacks and subjugates. He will even hold the entire planet in a prison, if he thinks this will preserve the freedom of his “body”, his bodily essence.

On education, Bodyists would rather not have others teach their children, but the problem is the Bodyist has no time for home schooling, so he seeks the sectarian private school. Connected to this, the Bodyist develops a curious view of the storehouse of human knowledge – he seems to be free of whole swaths of science, history, sociology. He lives ignorant of these lessons and laws, for it seems that knowledge is another restriction of the Bodyist’s freedom.

While the reality of society is that it is a kind of network of human souls where each soul is a product of other souls and helps create new souls, the Bodyist sees no such spiritual connection between human beings. There are no appreciations or obligations; the human soul stands completely alone. But is it lonely? Hardly, for it revels in itself, in self love, it is never lonely looking in the mirror of itself. This notion of the soul then extends to a god too. The Bodyist has a god of his very own, he worships this god. But this god is interesting for it could care less about other human beings, and is at war against all other gods. In ancient times, gods were of nations and peoples, today god has become private and hostile and petty.

This raises the issue of morality. Morality is a social process. The point of morality is social betterment, thus one must measure her or his morality by the results of one’s actions. But the Bodyist has no such measure, he practices his solitary code, he confesses to his god, who approves all of his actions and never asks about the results of his work. If his morality makes the world a worse place, that is okay, his god does not punish him, it’s all okay. The Bodyist does not have what many of us have, a conscience, they have substituted something else, “me” and its desires, self interest and obsessions.

Let’s continue on, the Bodyist stands for the nuclear family. He champions this atomized unit as he champions the atomized individual. He mythologizes the lonely nuclear family isolated in the world, battling and suffering but proud and strong. He does not grasp that the family has been in misery for some time in modern society, after the breakdown of the original tribal village where the extended family gave fundamental help in the raising of children. Here was a more effective strategy for raising healthy children. The present system, which is not a system at all, throws all the obligations and work on two lonely suffering parents who can barely cope with jobs and career. The Bodyist is against all aid to families. And now the nuclear family is breaking down into the single-mother family, and this is actually the logical conclusion of the Bodyist social program. The family now disintegrates to the next level of disconnection, increasing the suffering of young women, and causing more separation between men and women.

Thus the Bodyist has no understanding of the concept of a “system” -- there can be no overall principles or strategies or institutions that do overall regulating or coordination, even if they are minimal, for all of this suppresses the freedom of the parts, and the individual is the ultimate part. The Bodyist only sees atomization, chaos and conflict, and this is good. If the Bodyist were to design the human body there would be no organs to regulate hormones, heart beat, growth, and the digestion of food because this would be a restriction of freedom and dictatorship by the some authoritarian organ or gland! So nothing could actually live, no complexities, that is. But since complexity is the nature of our cosmos, our bodies, our minds and our societies, then we cannot build anything. This is the result of the Bodyist program, we cannot construct a thing. We have parts but we are not allowed to assemble them, thus, the Bodyist causes the breakdown of the world.

The disintegration of government, economics, global cooperation, the community, and the family eventually leads to the breakdown of the mind itself, for it is a complex whole too. The Bodyist has no conscience, and conscience is a very important regulator, one’s moral regulator. The Bodyist ignores science and human knowledge; this too is an attempt to evade regulation. The Bodyist is attracted to the most severe pragmatic thinking because he is only concerned with doing and action, and not with general truths.

Further, the mind itself is a collection of competing minds – of logic, imagination, subconscious, memory and emotions. If we let all go free without coordination how will we fare? We need some management and this is what “wisdom” is, it is, essentially, the coordination of all the minds. Wisdom is more than profound observations, wisdom is a behavior that rises above all your minds, makes judgments, and finds ways to make the various minds work together. Without this power of wisdom, we live in pure chaos moment to moment, and a Bodyist program on the mind leads to this highly irrational and disorganized behavior.

The basis of Bodyism is psychological; it is not in the main a political ideology. Bodyism expresses an evolutionary breakdown of American culture away from connection, community, and diversity. It is an extreme version of the general process of isolation in US culture, and a very unhealthy form of individualism.

Innoye is an American writer. His new book “The Axxiad” is now available from a link on his blog, His email address is [email protected]