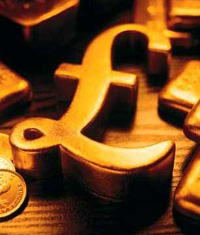 This week saw the unveiling of a major speech by UK opposition leader, conservative David Cameron, on proposed electoral reform to protect voters coming in the wake of the seemingly never ending stream of stories revealed in the media about members of parliament abusing taxpayer’s money to pad their expenses.

It was a predictable political path to tread.

Politicians ripping off the taxpayer was always going to be a red hot issue especially in the midst of a recession, and the across the board feeling of anger amongst the voters was inevitably ripe for both political main parties to opportunistically try to capitalise upon.

David Cameron appears to be leading the way on this so far although it would surely be difficult for the governing Labour Party under Prime Minister Gordon Brown to do, as the incumbent party who have been in power for the last three elections in a row.

Much as John McCain's campaign found out in the recent US presidential election, it simply lacks the same credibility to be leading the calling for change when you have been in power for the last few years anyway during the time all the bad stuff seems to have happened.

But in the Obama era, the mantra of change is one that every political party the world over is trying on for size now, having witnessed his success running on that message there.

Suddenly every man and his dog, who wants to seek public office, is peddling the ticket of how they are the ones who are going to right all the long-standing wrongs and injustices within the system.

In truth, virtually no one banging his drum in the UK right now is offering the public very much real change at all.

Even more strange again is that the version of this that David Cameron wants the public to buy into is in reality little more than the same message of smaller government/more local and individual authority that conservatives have always put forward for decades.

His conservative cohorts in the US right now are using exactly the same philosophy to try to derail Barack Obama, even though with his 65% approval rating in the polls there it seems to be gaining little traction so far.

Even some prominent conservatives themselves in America seem unsure if they are on board with it.

Last week saw Colin Powel express the view that in times of a recession and great uncertainty, often what people really want is more firm government and the leadership that this provides to steer things back to a better place.

Notwithstanding that, the con behind Cameron’s rhetoric of supposed electoral reform lies in the unpleasant reality that historically less government, with ensuing greater power for the individual (in theory at least), commonly translates into the little more than whatever power the government gives up then being shipped directly into the hands of yet another powerful minority – only this time it’s the wealthy, equally elite business classes, who under no circumstances are ever going to mirror the needs of ordinary individuals or local communities around the country.

Even if we assume that he is right and what the left have created in Britain is a power grab for a centralised government run by the elite few, then we surely should also suspect that what he is offering in it’s place is little more than the very same thing only this time with the power shifting into the hands of his cronies instead of theirs.

For their part, the left under Gordon Brown and the Labour Party appear to be offering even less with so far no more than vague promises to change things and listen to anyone who can help.

Where exactly then is this real change going to come from that will put power back into the hands of ordinary folks?

It seems that only the relatively small third-wheel in British politics offers an answer to this, with the Liberal Party once again proposing that a fundamental change away from the long enshrined first past the post voting method over to proportional representation system could actually bring this about.

As a voting system already in use widely within the European Union, it appears to be the only real tangible alternative anyone has put on the table so far.

And with governments often being formed in the UK with as little as 20-30% of the vote cast, then it seems like potentially a real step forward.

Astonishingly enough though, when confronted about supporting the introduction of proportional representation into Britain, David Cameron immediately shot it down and made it clear that the Conservative Party would never support this.

There’s nothing like a bit of electoral reform just as long as long as we don’t actually put too much power in the hands of the people.

Cameron’s bright new era of change to give everyone more say is ultimately little more than telling the voters that they can choose any colour they wish as long as it’s blue.

The saddest part of this of course is that the one political party who is actually proposing any real change is the one with the least support amongst the British electorate.

In their anger at the large sums of money their elected officials have essentially picked from their pockets dishonestly with every imaginable bogus expense claim every thought up, the voters are seemingly paying the least attention to the one group there who could actually help them make sure this does not happen again.

To resolve this, the issue of how people vote in the UK and have their voices heard has to become a non-party issue completely, much akin to how the Green issue did with the environment.

That will help add weight and credence to it as something that the public will not simply sweep under the carpet merely because it will never happen anyway due to being pushed by a party no one will ever put in power.

Outside of that however the ball is very much in their court.

The British public can get mad now and do little about it ultimately or they can get mad now and put that entirely understandable feeling of resentment to good use by supporting a change in the way things get done that has probably been long overdue anyway.