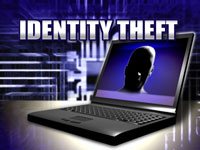 We have the well-known theft of identity where information about your social security number, credit cards, bank accounts and investments is stolen.

Thirdly, we have the identity issue created by bad policies on diversity and multi-culturalism. Immigrants and minorities though formally considered “Americans” are locked out of our national identity. They are not allowed to swim in the pool of national values, but they can stand in a separate “wading pool” of national values. Why is this? Because different cultural behaviors are not tolerated by many. Though Obama has been elected President these practices are alive and well in the USA, and because of severe economic problems and an explosive international situation the issues of the poor, the minority and the immigrant may go neglected.

The fourth kind of identity problem in developed cultures is the identity theft or suppression created by consumerism and entertainment. This is the topic of this article.

Identity or lack of identity is actually an overarching issue in modern society. And it reveals a core psychological theme of our age -- that advanced cultures fail at creating identities. Though individuality is declared to be the primary value of cultures like America, we have to be skeptical because identity, which is simply self-aware individuality, does not exist. Another interesting observation don’t you think? We have individuality but no identity, this then begs the question: Do we really have true individuality? You know the answer to that.

So why is this? Because identity is dangerous to the social systems that we live in. It is that simple. True identity is hostile to institutions that thrive by the suppression, theft, or manipulation of identity. If you know who you are, then you might be dangerous, you might be a saboteur. If you want to make slaves, the first thing you do is take away their self knowledge, their self image. You either make them less than a full human being or citizen, or give them a false identity that is financial for example, or give the individual trivial identities and a series of them at that.

Identity achievement is one of hardest tasks of a person; it is a great effort for most human beings, the most important accomplishment of all. And this is why ancient societies spent so much time on the issue. But in modern societies, particularly in the USA, identity is a profitable game. Consumerism undermines it and replaces your identity with trivial marketing role models. Polythea, the entertainment system of delusion and distraction, seeks to replace your identity with one from a game or movie or TV show.

People in modern societies are highly alienated and disconnected. Family is dispersed around a country. We move from location to location, we seek one job after another. We stay indoors hypnotically watching TV or plying the vast seas of the web. We travel alone in our cars. We shop amongst strangers. We try to connect in electronic ways via internet and cell phone, but largely there is a feeling of isolation. We lack real, tactile connections, the electronic is not enough. Electronic bandwidth cannot replace real human bandwidth.

Being in this lonely and disconnected state, we become vulnerable to consumerism.

Already, we have grown up in a society that does not teach us identity in school or even addresses the fundamental human need. Consumerism comes along (and by consumerism is meant the excess of consumption, not necessary consumption), and it offers an identity associated with a product or service. Our isolation prompts us to join this group. So a groupism develop, we get an identity of sorts. The system solves the problem of individuality by offering groupism instead, a groupism that masquerades as a distinct, even elite individuality.

But usually it does not feel right; it is not complete or deep or true. Then we rebel against this “I”, especially, when you watch the idiocy of others trying to be this moron. Next, we may drop out into our isolation again. Then consumerism and Polythea may come to save the day and offer you yet another identity, another group to join.

In a nonstop process, another identity is fashioned, another trend is created. You have drained you bank account on one self image, now you are ready to drain your savings again. You are offered serial identities in trend after trend, product after product. This is how the system works -- the goal is economic, get your money; the method is psychological, pure manipulation.

In this chaos, you never really know who you really are. You follow the new; you avoid the old and retro. And in your garage are piles of things you bought and tossed; this is your life; then we send these things to the ebay, the graveyard of dead identities.

Psychologists may come to aid in this process, they may create new schools of thought, they may publish books on self help, and in sessions they help you achieve your new persona. Someday, these psychologists may move out of their discipline into something more accurate and sincere: Into the fashion industry; into the fashioning of trendy personalities, into the psyche as fashion itself! But we are way ahead of ourselves, this is yet to come, but will inevitably, if we don’t stop it. All the factors exist today for it.

There are consequences to not knowing who you are. The vexed personality suffers greatly. You are not at ease with yourself ever, not at ease with others. You don’t know how to be yourself; you don’t know how to act. You thus cannot fit into a group because you can’t provide some unique trait that they need; they can’t figure out who you are. You find it difficult to maintain a relationship, because you don’t know who you are, and what you might contribute to this relationship. You don’t feel secure in your points of view. Your emotions come out of nowhere because you do not know yourself. They come and surprise you, hurt others, devastate you and control you.

From day to day, you cycle through moments of points of view and behavior, you are a serial personality. And you don’t know how to deal with it; you are “moment circling” through all the moments of yourself. And you don’t know which is you and not; and you may feel you have a multiple personality disorder. Lack of identity may lead you to not knowing what really gives you joy. You will cycle between an overinflated ego to an underinflated ego. Rebellions from nowhere will happen, you don’t know why. And on and on the chaos goes.

And think how conditions are for adolescents! They are thrown to the wolves of consumerism and Polythea. The school system does nothing to help; it cannot even make a course of emotions and psychology mandatory for some basic behavior aid for teenagers. So gangs and rebellious subcultures arise because at least they offer a partial identity to hang onto. Young people are confused; they try many things; they fail; they become depressed; they contemplate suicide in large numbers. Anti-depressants are prescribed by the billions.

In older cultures, this problem of adolescence was addressed with rituals that gave youth transitional identities on the way to adulthood, where more unique identities would be formed. Special names were given to offer children some specific individual trait to hang onto. Today we offer nothing for youth to grab onto. From the teenage years where self consciousness begins, the confusion and pain continues into adulthood. We graduate from school to jobs, family, home ownership etc. We go through motions, one mask after another until finally we end up in the nursing home.

We look back at our lives, and it seems we were hit by a huge bus. One big blur over in five minutes; that’s it. Nothing was accomplished, no self knowledge was attained. On your tombstone is a nice Hallmark epitaph, but the subtext is: “Just another dead person who never knew who she or he really was. So how can we sum up on a tombstone whom they really were, if they didn’t know themselves?”

Theft of personal and financial information is a major crime of our time. But the theft of your very identity is far a greater crime.

A Human being devoid of self identity is not yet truly a Human being. Some go through their whole lives without a clue as to who they are. They have no inner content, they wear a Human suit but they are empty. Do not become a “Human suiter”. All around you are millions of Human suiters, Human in form but void and lost.