Wars, alliances and their consequences 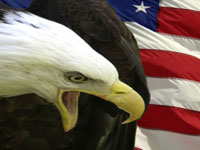 Wars, alliances and their consequences

Ask any Russian what May 9th means and he will tell you that it is “Dyen Pobedy” or Victory Day over Nazism. Historians are deciding if Soviet Second World War casualties were closer to 25.000.000 or 30.000.000 dead, but at any rate, it was a colossal sacrifice paid by the Soviet Union. By contrast, Nazi Germany which started the Second WW suffered eight million casualties.

Whether history repeats itself or not, depends a lot on our knowledge of past events. It is therefore easier to learn than to relive the butchery of war, for if we do not remember what tricks were used on our fathers and grandfathers, they will easily be repeated on us and our sons. On the other hand, the losers of previous wars, with some foreign prodding and instigation, always want to revive their old ambitions as “new and improved”. And as long as there are people willing to fight, America will be there to referee, direct and then come to pick up the spoils of war. After two world wars in Europe, the United States has come to dominate and occupy world’s most dynamic continent and civilization and propel itself as a supreme global power. No wonder that every American president is a war president as all wars happen on somebody else’s territory and inevitably benefit America.

The American imperial policy of divide and rule, as long as there are peoples willing to be divided, always works, simply because there are those who believe that they will end up in a better situation than in which they find themselves. The currency for upheaval in any part of the world today is American promises. There is a pervasive belief that America is rich and can do anything for anybody. When Americans say: “You are right and you have our backing”, it is always the signal to load the guns. It matters not if Americans take the cause of Christians against Moslems in East Timor or that of Moslems against Christians in Yugoslavia. What really matters is that they are breaking up existing states, creating dependencies and remain unchallenged in imposing their will on the wider world. The world spectators often cheer, ignorant of the fact that the clown will bring one of them into the arena next to continue his show. While doing America’s job on Iran, Saddam Hussein never imagined that America will one day come for his head. President George Bush senior has termed this process the New World Order, copying Adolf Hitler who originally called his foreign adventures Weltordnung or simply “world order”. Nobody seems to ask what right does one country have to change the world without the participation of the United Nations Organization.

There is more than just vocabulary that resembles American policies in Europe to those of the Third Reich. The contemporary pattern is so reminiscent of the Second World War that it does not even require a great knowledge of European history to recognize it. The breakup of Czechoslovakia and breakup of Yugoslavia stand out so crassly that they almost poke us in the eyes. In the Balkans, NATO has picked the same Nazi allies and condemned those who stood up to Hitler. The only difference this time is that the Jews are on the other side of the equation. All the vile hatred is reserved exclusively for the Serbs, first for Serbs of one kind and then for another and still another.

Nazi Germany’s policies on Islam were well defined and left little room for ambiguity. These policies were not based on theological but strategic considerations. Nazi and Fascist arrogances could not accept Islam in any of its manifestations but it could readily use the Moslems as soldiers and allies. This attraction was mutual and militaristic in nature. The formation of the Bosnian Moslem Handzar Division under German command and uniforms with fez, embroidered with swastikas and scull and bones was explained by Henrich Himmler: "Muslims responded to the call of Muslim heads and joined our side because of their hatred of our joint Jewish-English-Bolshevik enemies, and because of their belief and respect for the one we place above all -- towards Fuhrer."

The Albanian Moslems were also not overlooked. While the first Moslem Albanian pogroms against Kosovo Serbs took place under Turkish Ottoman rule, they were repeated under Nazi occupation and NATO simply adopted Fuehrer’s policies. In each instance exodus of Serbs from Kosovo opened doors for Albanian colonization and takeover of Serb estates. The reason why Kosovo today has a majority Albanian population has more to do with foreign interventions than natural processes. Up to the First World War, the Albanians were an ethnic minority in this Serbian province. Just like the Bosnian Moslems, the Albanians formed the SS Mountain division "Skenderbeg" in the Second World War and today, Albanians are seeking membership in NATO.

The foremost reason why Nazis and Moslems found synthesis in their policies was obvious. Hitler’s ambition was to break up or take over the British Empire and the Moslems wanted to free themselves from stifling British rule.

On a larger scale, thanks to Istambul’s professor Selçuk Esenbel, we now know that Germany’s ally, Imperial Japan, also had elaborate and sophisticated policies with respect to Islam and here again, the affection was mutual. Already at the time of the Russo-Japanese war, of 1904, Moslems were cheering for Japan. Esenbel reveals: “In the late 1930s and early 1940s, the relationship transformed into a major Japanese military strategy as the Japanese government began to implement its Islamic policy by mobilizing Muslim forces against the United Kingdom, Holland, China and Russia in East Asia, Southeast Asia, and the Middle East.” Japanese involvement with Islam differed markedly from that of Germany to the extent that some Japanese converted to Islam, learned foreign languages and nurtured Islamist ambitions. They gave the Moslems an expectation that Japan would convert to Islam so that the Japanese pan-Asian and Islamic ideals could be realized to mutual satisfaction. Japanese agents dressed as Moslems easily traveled and mingled with Soviet Moslem separatists, Xinjiang Chinese Moslems and gathered intelligence sought by Tokyo. A Mosque was built in Tokyo in 1938 and espionage training was given to selected foreigners.

As we can see, all imperialist forces bent on controlling the world use the Islamic element in their schemes. Paradoxically, the Buddhist Japanese used Chinese Moslems as allies against the Buddhists Chinese and German Nazis used Islam against the Serb Christians. After the Second World War, the CIA immediately engaged Islamic forces by forming a “green belt” against Soviet communism and now employs Islamic leverage against the Slavs. The use of Islam and Al Qaeda in Afghanistan against the Soviets is practically known by all.

These alliances are usually made on false premises and expectations, simple reasoning and carry profound implications. Alliances are like prostitution, they promise unrealistic profits, they are easy to get into, hard to get out of and most of the time they are extremely disappointing. Ask the Serbs, they have been American allies in both world wars and have saved 500 downed American pilots (read The Forgotten 500). The Jews might also dust up the book by Ruth Mitchell The Serbs Choose War and learn who has helped them when nobody wanted to.

These lessons should also not be lost on the Moslems. Their alliances with all the architects of one kind of world order or another have not brought them any good. The Serbs might be a small football in the power game but kicking the Moslems might break somebody’s leg. For all we know, it might happen in the Hindukush mountains and the history just might repeat itself there…