Be an internet revolutionary 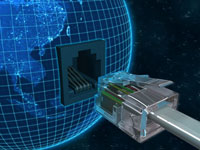 Be an internet revolutionary

The internet as united fronts

Wikipedia is site that offers consensus based articles, a consensus encyclopedia. The problem with this idea is that differences are glossed over; the group-think of consensus creates articles that are dull, unclear, saturated in odd language and dissatisfying. Often you can get a general idea of a topic that you are ignorant of, but when you examine a topic that you do know something about then Wikipedia falls short.

The traditional method of other information sites offers views by experts; a singular opinion is provided but we do not see differences and debate. This too is dissatisfying. Difference is good. And consider that difference is true thought itself.

The internet has the possibility of going far beyond these two unappealing formats.

To avoid the extremes of consensus and only expert opinion, there is a third idea, which would be a tool of uniting large communities yet offering a venue to state and argue differences.

This we might call an “Axxi-pedia” for the purposes here. Axxipedia site mediators would conduct discussions with the two goals -- one of achieving some general agreements on issues; second in elucidating differences, minority positions, and identifying schools of thought. We would have debates by laypeople and opinions offered by experts. Associated with discussions would be research and publishing and other resources.

An Axxipedia does not gloss over differences, and at the same time asks can we unite though we have differences? It lays bare all things. Then as principled and thinking people we can come to honest conclusions. This is a new kind of “encyclopedia” that is living, mass, full of debate and opinion, evolving, compelling and bonding. This activist encyclopedia is not a thing but is essentially a process. It could cover a vast list of topics like a conventional encyclopedia.

The overall mission of an Axxipedia is to create broad united fronts of individuals of thinking and principled people. It creates behaviors of intelligent unity and respect for differences. Axxipedia would be an expression of diverse thinking. And its process is an exact parallel with the process of differentiation in the world; Axxipedia accepts difference, and generates more difference, and revels in it.

Of course, an Axxipedia must start from some common principles, the supporters cannot simply be anybody like those who hate diversity or love war or could care less about nature or think only of money and materialism. But in our select group there is the potential for millions upon millions of people, there will a full spectrum of diverse opinion and perception. There is no shortage of issues in our world. Eventually, an Axxipedia will begin to overlap with the concept of government where informed and active citizens discuss and debate issues. So an Axxipedia prepares us for a kind of direct democracy to come.

The internet as nations

An ISP is an internet service provider, this is a business concept. But this is actually a timid concept, what we really need are NSPs, Nation Service Providers, that is, what we need are networks of sites that can facilitate the formation of Nations. This gets more to the promise of the web. And by “Nation” it is meant distinct cultures and complete communities, not simply social-networking groups. A nation is a more complete phenomenon of values, activities, rituals and institutions for diverse social groups in one general community. It is a total concept not a business niche.

An NSP goes way beyond personals, job ads and financial advice -- while these are included, a nation requires a complete set of services and cultural forms, everything required to create a nation, and that includes a legion of factors. NSPs create nations within nations, and global nations that link millions within many nations across the planet.

The internet as dual power

The internet as nation-builder leads to the internet being a place of “dual power”.

The web is the ideal form to build countercultures and wage great culture wars. A culture can be established on the web. The internet is the start, then using this system of communication; we can build material nations and cultures.

Our media gives us a power to compete with an establishment power and its elites. Thus, the web creates dual power, two powers in society -- the declining power and the rising power.

The internet as new journalism

The old newspaper is dead, it housed under one roof many things -- a press, publisher, editors and reporters. Today this house has broken up. The press is now the internet itself, the reporters can go mobile, the editors and publishers are a separate entity. The old concept has been shattered.

Conventional papers now have different persona they can morph into. One direction is to go national but already there is so much competition there, so a paper must develop special niches, or even an international niche. The other direction is to focus on the local but here there is competition too, so the most effective local news site would have to be partisan, an advocate to bond with the community, thus, changing notions of “objective reporting”.

For the social activist the end of the traditional newspaper is a great opportunity. There can be mobile reporters, new kinds of news distribution networks, new international niches, and the entrance into the local news market with a committed and activist view.

The internet as a new economy

New economies can be built with the help of the internet -- new buying and selling, new investing, new advertising, new charity, new nonprofits. After the failure of capitalism and communism, new economies are needed. The web would be a primary tool to create new business and finance. A 21st century economy would start on the internet.

The internet as a revolution without a center

The internet has no center; it is an infinite network of links. This produces a condition where revolution would have no center either. The web lends itself to diverse united fronts and expansive social movements united by general principles, but not by singular, commanding parties and individuals.

The internet as a revolution in self growth

You can use the internet as a diary of your self development. Review your blog or site, analyze your growth. In the age of the textual platform, few actually wrote diaries or journals. Now hundreds of millions do. We have the possibility today of more self growth. Our thoughts, emotions, sensations, intuitions, memories and actions are all recorded.

The process of personality evolution can now be sped up. This was not possible just a few years ago. Now millions can review their writings and feedback, and make summations about themselves. The development of identity and emotional knowledge and wisdom are much more intensive than in the past age.

If we come to conclusions faster about ourselves, then we can make decisions and make leaps much faster. We can now track our growth in a more systematic way. What you have written in the past is not nonsense; it is a record of your growth. We all grow; we all discard some things and retain others; this is the process. We all develop stage to stage. The internet speeds up your evolution as a Human being, speeds up your attainment of wisdom.

Though the internet is an amazing invention, it is not without its issues and problems. The first is the current tendency toward sectarianism and alienation. Essentially, we are bringing the disconnection and conflict out in the world into the internet. Ideally, the web should be a sanctum for us. The blogosphere should not be a “blogo-smear”. The internet should unite and facilitate real dialogue and create real nations. Diversity should be sought. Because someone disagrees or is different that is no reason to avoid them.

Another problem is the encroachment of consumerism and Polythea but that can be kept at bay. This is a matter of disconnection and will power.

A further issue has to with the electronic nature of the internet itself, that is, the lack of real material, physical contact with flesh and blood people. Here is the issue of electronic bandwidth vs. true “human bandwidth”. Human bandwidth is much, much wider -- for you have a greater range of expression, emotion, nuance, sensation and action. This enriches communication, learning and relationships, and this is a many times more satisfying. This is the goal, but first we must begin with the internet to make the initial connections and communities; the internet casts a wide net to bring us into one great house.

The internet as the second vocal chords

The internet is a highly democratic communications form; TV, radio, and printing are highly elite forms. But that old age has ended. The web represents an evolutionary leap. The internet parallel is with the development of the human voice, of our vocal chords. The web gives all a voice, a second set of vocal chords. It thus makes us all equal. And this is extremely revolutionary.

The internet is a great force of democracy and freedom and peace. Upon the infrastructure of today’s internet, one can place a superstructure of revolution, and create nations and dual power and new economies and completely new personalities.

And when was the last time something like this was possible?