Saviors cannot save US 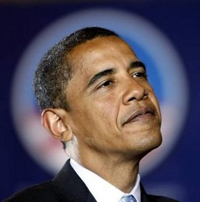 Saviors cannot save US

As much as some of us would like, no savior will save America from its problems.

Whether Obama succeeds or fails in his presidency, he will not be able to fix the many problems that we have. Further, he will be restricted by political and corporate forces in achieving his agenda. There are far too many problems in America -- in education, entertainment, the environment and energy, the economic system, unemployment, crime, poverty, mental illness, restricted health care, drugs and addiction, discrimination, obesity and toxic foods, mass depression and prescription drug use, and on and on.

And consider that there is no more money either. Trillions have been spent trying to prop up the collapsing financial system, and now our Treasury is dry, and higher taxes are coming. To wait for the present administration to help us solve all our problems is a foolish idea. We will have to save ourselves; no saviors will save us from our problems.

And only through activism will conditions change for ordinary people, that is, social activism, but very importantly a second kind of activism, a personal activism to change our individual behaviors. If we allow others to take away our initiative, that is to “de-initiate” us, then things will get worse for us as they protect their narrow interests. In history forces and elites always try to take away the will of the people. They tell us that we need “leaders”, that we are too weak and ignorant to help ourselves.

However, it is general principle of life that one must take control of one’s own life or disaster will result -- either because a leader is ignorant of your needs or because the leader is simply untoward and wants to manipulate you.

We live in a world of diversity, a Diverse where each of us operates as an individual. We are separate entities with distinct thoughts, perception, plans, skills and emotions. Though we are part of a society, we are manifested as individuals. To achieve our goals and represent our personal interests we require a direct connection with all things that affect us. You cannot allow middlemen to represent you or tell you what truth is, what is best for you.

Every relation is direct. Because it is the only way that you as a separate entity are going to know other entities and properly relate to them. If you do not practice directness, then middle men will stand between you and the world, and you and your true self. Only directness connects you immediately with your inner and outer Diverses.

Life is a direct experience, the world and society must be met head on. This is the primary basis of intellectual and emotional knowledge, and the only way to manage life.

And only through direct experience, does your inner Diverse actually meet, touch and interact with the outer Diverse that surrounds you. Through directness the two Diverses meet, and here is life, truth, communication, cooperation, and power.

If you do not practice directness then you will become a dependent personality relying on the powers and judgments of others. They will become middle men between you and reality, and you will not know reality, and then reality will attack you!

Where is directness practiced? Everyplace!

If you are a teacher, directness demands your activity in changing the current curriculum. Whether you are a psychologist or artist or contractor, your directness has a part to play. In your community and neighborhood directness is required to solve problems. To protect the rights of animals your directness is absolutely required because they do not have the ability to defend themselves.

In democracy, directness is citizen activism. This leads to a referendum system and instant recall of officials. Directness was advocated by American populists, and was practiced by European movements where workers took over factories and governments in attempts to rule directly. In democracy, the "citizen" is the primary category, the active agent, the elementary unit. We cannot accept middle men that have a claim to special powers, talents and privileges. The citizen rules directly. The old system had a method of “checks and balances” between three branches. Nowhere in these systems was a citizen part of the checks and balances. These were checks and balances among politicians, judges and bureaucrats. The activist citizen eliminates the need for “checks and balances”.

In spirituality, each of us has a soul that directly connects with the Diverse. We see the profound beauty of the world through our own senses, heart and mind. In life, there is the need to wander and accumulate experiences; we need direct contact in many encounters and events over an extended time. In alleviating the suffering of others, there is caring, a direct act to help another person, a direct person to person action. Often we see the governments trying to help, but generally it is far better for a loving individual to do so, because the state and bureaucrats alienate charity.

In your emotional development, only you can learn about your unique structure of emotions and then manage them. In your quest for you personal identity, only you can figure out who you are, no one else can do that for you. In psychology, there is the breaking with the analytic mind as the mediator of all experience. The logical mind sets itself up as the boss and interpreter. But we must experience our creative mind, our emotions, the subconscious, the mind of wisdom and even memory, all as they are, without adulteration or diminishment. Morality consists of principles, this is intellectual. The heart feels and it does not have morality; it loves, and its love leads to a direct connection, while morality keeps a distance. In creating new rituals, you and others must get together and experiment.

In a new diverse economy, there is the direct participation of the citizens as entrepreneurs, investors, employees, owners and consumers. No longer are you left out of economic decision making. In planetary relations, there is the direct contact between people of one nation with another through travel, cultural exchange, globalized media, and economic trade. Each individual can develop her or his personal foreign policy, and this is the best guarantee of world understanding, compassion and cooperation. Global directness is the path to respect, cooperation and peace, and the individual traveler is the one who creates bonding experiences that unite nations one personal experience at a time, for a singular experience is the basic unit of these relationships.

In family and community relations, one seeks direct connections with Human beings to build care and love. In social activism, you are the direct link between your beliefs and the world. You are the one that makes the world a better place; there are no middle men to substitute for you. You are the one that changes the world. The state or others cannot substitute for you and they can actually obstruct true directness. In mythology, it is YOU that is the hero, only you grappling with the world. A personal myth connects you directly with reality and your identity. There are many, many forms of directness, and all are needed in this epoch.

President Obama can not do all these things for you. Even if he is partially successful, the vast majority of social problems will not be solved and none of your personal problems can be solved by him. And if he fails then it should be absolutely clear that you are the only solution. In either case do not give up your powers of directness. The vast majority of future changes will be in civil society where Obama has no jurisdiction; in the private cultural sphere you have absolute jurisdiction.

Essentially, we are trying to create a new civilization, because the present one is a disaster. The concept of “Civos” means a civilizing act. New cultures, lifestyles and systems are built one Civos at a time, one action at a time. America is in a desperate situation and we are trying to create a new civilization, and the basic unit of the new civilization is you. It is built upon you. Create the new world, build it and experiment. No one else will; corporations and politicians will not. Saviors will not save us, we must save ourselves. And we do this through directness, through direct action and direct connection and direct experience.

Innoye is an American writer. You can contact him at his blog , or at his email address. He is working on his upcoming book, “The Axxiad”.