Counterinsurgency for the masses: educating Americans for campaigns of national interest 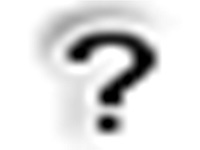 Counterinsurgency for the masses: educating Americans for campaigns of national interest

It is vitally important for the American public to be educated on the whys and wherefores of US counterinsurgency doctrine (COIN). President Barak Obama’s strategy for success—however one may define that—in Afghanistan/Pakistan is reliant on the belief that resurrecting COIN strategies dating back to the Vietnam Era and applying them via CENTCOM to Afghanistan/Pakistan is the recipe for success there. Add a dash of 21st Century US technology and a measure of human terrain analysis theory to US COIN and it’ll only be a matter of time before the insurgents in the failed state of Afghanistan and the failing state of Pakistan will give in to US forces. It is Afghanistan and Pakistan that may become the New Vietnam for Americans. But it will not end there. It is a certainty that as America deploys into Africa under AFRICOM and back into Southeast Asia via PACOM that more Vietnam-like experiences will occur. There is no geographic limit on where US COIN can be applied. Success in this fascinating endeavor will extend at least 150 years into the future (two US lifetimes). Of course, that’s assuming climate change, pandemics, or the release of nuclear weapons doesn’t happen.

The release of the Bush Torture Doctrine (BTD) memos in March 2009 will prove to have been crucial to the application of US COIN. Why? Below the lofty rhetoric of COIN proponents, who invoke peace, love, soft power and understanding through human terrain analysis theory, lies the reality that US COIN is a nasty, brutish affair involving violence of the type used under the BTD, to include eliminating people and things. It is a reality that Americans refuse to accept. It is easier to believe that America does not torture but its employees and allies do. It’s easier to believe that America does not kill civilians, its UAV’s do.

To keep America at war for 150 years is an ambitious undertaking. It will require Americans to become desensitized to the type of violence US COIN requires or simply accept the proclamations of US national leadership of that the US is not an aggressor nation. Americans must support the US national interest and that means sacrificing ideals. To maintain the fat and happy American way of life demands that Americans understand, clearly, what it takes to maintain security, and keep cheap food and gas on the market. It’s often very, very ugly. The Phoenix Project Operatives and the Selous Scouts can attest to that, as can the current crop of USSOCOM operators who operate in the dark for the US national interest. Americans must become accustomed to the trickle of American dead and wounded who will return each week from the frontlines—wherever that may be--for 150 years. Showing returning US dead in flagged draped coffins helps remind Americans that US COIN means decades and decades of conflict.

A Dog in Every Fight

COIN proponents and supporters may or may not recognize that they have developed a fascinating and elegant US COIN-based national strategy that combines, under one umbrella, all long standing US National Interest Campaigns: The War on Drugs, The War on Terrorism, The War on Crime, The War on Poverty, The War in Afghanistan/Pakistan, The War in Iraq, Information Warfare, Cyber Warfare, Environmental Security, Energy Security, Food Security, etc. In this era, US National Interest Campaigns are foreign and domestic, private and public, and extend from home computers in Washington, DC to the Hindu Kush. The battlefield is everywhere and everyone is involved. The American people must be prepared to contribute (persevere?) to the ongoing National Interest Campaign. It is the national interest—infrequently ideal and mostly economic—that drives the America. The Bush Administration did not adequately prepare Americans for a constant state of war. The Obama Administration appears set on re-educating the American public for war.

National political, military, academic and multinational corporate leaders are undertaking efforts to get the American public motivated. For example, the US Government’s Counterinsurgency Guide, dated January 2009, says as much and also bears a logo that indicates this: Whole of Government, Whole of Society. The document is available through On The Homefront: Homeland Security Digital Library here  and here. The US Department of Agriculture and Transportation also contributed to the study.

“American counterinsurgency practice rests on a number of assumptions: that the decisive effort is rarely military (although security is the essential prerequisite for success); that our efforts must be directed to the creation of local and national governmental structures that will serve their populations, and, over time, replace the efforts of foreign partners; that superior knowledge, and in particular, understanding of the ‘human terrain’ is essential; and that we must have the patience to persevere in what will necessarily prove long struggles.”

Lots of Coin to Implement COIN

The US Army solicitation listed above, and quoted below, represents some of the operational requirements necessary to meet the Obama Administrations US COIN-based national security strategy (shouldbe published in the coming months). Released in April 8, 2009 with a close date of May 8, 2009, a sole contract winner gets a guarantee of $60 Million (US) with a possibility to reach the $450 Million (US) mark. 100 personnel or more are required for this effort. Coincidently, the close date is the same day that Don Ayala—former US Army Human Terrain System contractor—will be sentenced for involuntary manslaughter of an Afghani national.

“U.S. Army Contracting Command, Rock Island Contracting Center, has a requirement to provide US Forces Afghanistan (USFOR-A)with the capability to collect, analyze, and disseminate open source (i.e. sociological or anthropological) information throughout the Afghanistan Theater of Operations(ATO); monitor, track and measure trends in local sentiment regarding USFORA programs and policies; provide professional advice and assistance with regard to cultural, social, religious, political, economic and tribal matters and communication strategies; integrate open source atmospheric information into pre- and post-operational U.S. strategic, operational and tactical decision making; and develop and manage relationships with influential local leaders. The Contractor will share this information with other Government agencies. The Performance Work Statement (PWS) is classified as "secret" and firms will be required to have a facility clearance and access to classified information. The PWS is not subject to the Freedom of Information Act (FOIA). Proof of clearances must be submitted and verified before release of the PWS. SIPRnet access is required to view the PWS. A section of the PWS is classified as NOFORN. Distribution to non-US citizens is prohibited, regardless of their clearance or access permissions. Verification of US Citizenship will be required prior to the release of that section.”

Meanwhile over at the US Army’s Human Terrain System (HTS), troublesome activity is the norm. Asia Times under the heading “ Ambush deep in the valley of death” reports that an unidentified Human Terrain Team member narrowly escaped with his/her life during an ambush in Afghanistan. “Also along for the ride were Pentagon intelligence agents, including an unarmed member of the Human Terrain Team.” One source reports that a sexual assault/rape of a “June Cycle” class member took place but is being kept under close hold by HTS management.

One source says this: “ I see the drama of HTS is still not subsiding. Rotkoff [deputy program manager] is leaving, going back to Foreign Military Studies Office, so he lost nothing in all this. But there doesn’t seem to be a push, or plan, to open the new office in Oyster Point [Virginia] or to get rid of the non-training folks at Leavenworth . Everyone is in limbo, although some of the military folks are making plans to relocate... LT Jones, featured in Robert Young Pelton’s story [Men’s Journal] finished his tour with HTS and is back in Theater again with his Civil Affairs Unit. 1LT Perez, from the Dudley-Flores affair, was ordered back to CONUS but no one from HTS has seen him. He’s either AWOL or the "brass" didn't want him to report back to Leavenworth, so who knows.”

Who knows if a US national security strategy centered on US COIN will work? In this case, if the the US Army intends to run W52P1J09R008 like it did TRADOC HTS, disaster is guaranteed.

In the end, the key is the American public.