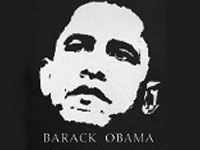 The late Soviet dictator Joseph Stalin is alleged to have said, “A single death is a tragedy; a million deaths is a statistic.”

The late Nazi dictator Adolph Hitler, to rally support for the pending Holocaust, is alleged to have rhetorically asked his followers, “Who remembers now the extermination of the Armenians?”

While historians continue to debate whether Stalin or Hitler actually uttered these words, the insights these quotations reveal about the frailties of humankind are chillingly accurate, whether it’s the human mind’s capacity to numb itself to tragedy or humanity’s ubiquitous myopia.

In the not too distant past, most Americans got their news from their daily newspaper. Such media, however, often had to deal with spatial limitations, which compelled reporters to compartmentalize newsworthy events into a few brief paragraphs, usually through the use of statistics or similar numerical devices.

Unfortunately the cold logic of numbers was incapable of emotionally conveying the magnitude of some of history’s most horrific events: Hitler’s Holocaust, Stalin’s purges, the Khmer Rouge’s reign in Cambodia, the Cultural Revolution in China, or the countless other atrocities that occurred, and that continue to occur, throughout the world.

As the cliché goes, “A picture is worth a thousand words,” and soon photographs and television arose to overcome the deficiencies of the print media. But these new developments had deficiencies of their own. While a picture or film can possess the capacity to shock, repulse or outrage a person, the more this person sees that picture or film the less impact it has. The human mind has an uncanny ability to numb itself to repetitious stimuli, and while this may be a blessing, especially to police officers, coroners, doctors or criminal law attorneys, it can also be a curse.

When one looks at images of civilians killed or wounded in the wars in Iraq or Afghanistan, of rape victims in the Congo, of refugees in Darfur, of victims of oppression in Myanmar, or of the starving and impoverished throughout the world, the outrage should feel the same, regardless of whether it is the first time, or the thousandth time, that one has seen these images.

But usually this is not the case; thus the deaths of millions become a statistic.

This numbing effect is usually accompanied by a myopia that compels people to look no further ahead, or backward, then is convenient at the time; hence the world forgot “the extermination of the Armenians.”

Sadly, what is convenient to forget often becomes inconvenient to remember. This was the case when several members of the United States Congress introduced an “Armenian Genocide Resolution” during the dictatorship of George W. Bush. To appease his NATO allies, Bush opposed this resolution.

What inspired my recollection of the Stalin and Hitler quotations was a recent article by the Miami Herald’s Pulitzer Prize winning columnist Leonard Pitts that discussed how the “revelations of the Bush era excesses continue to drip like water upon the stone of public conscience.” Pitts compared the “fear and paranoia” of the Bush era to the “red scare” that launched the witch-hunts of the McCarthy era, and opined that America, just as it came to rue McCarthyism, will one day rue the excesses of George W. Bush and his cabal of war criminals.

As I wrote in previous Pravda.Ru articles (Bush vs. Hitler and Axioms of the World), history, especially American history, is analogous to a pendulum that perpetually swings from overreaction to regret, and back again. Before the McCarthy era witch-hunts there were the Alien and Espionage Acts, which were used by the United States government to destroy political organizations and imprison people who were simply exercising their right to freedom of speech. Before that came a hysteria generated by a newspaper magnate seeking to increase profits and circulation, which eventually led to the Spanish-American war—a lesson not lost on today’s corporate-controlled media that sought to profit from the war in Iraq.

This hysteria was even present at America’s birth, when its second president, John Adams, used draconian laws, known as the Alien and Sedition Acts, to quash dissent and decimate the newly created Bill of Rights.

If the past is an accurate barometer, then the cycles of history warn us that all the ruing in the world will not prevent the ascendancy of another American president as corrupt, as mendacious, as hypocritical, as criminal, and as sadistic as George W. Bush.

The reason George W. Bush had no compunction about using torture, rendition and illegal detention in an allegedly democratic nation is because the right-wing, corporate-controlled media that packaged him for public consumption are particularly adept at creating and marketing “people without principles.” PIMPS (Propagandists in Media Positions), like Rush Limbaugh and the pseudo-journalists at the Fox (Faux) News Network, have elevated this to a science. Their strategy is simple—mindlessly defend the politicians you support and mindlessly condemn the politicians you oppose.

Hence, throughout the Bush dictatorship, Limbaugh vilified people for “not supporting the president.” But now that Barack Obama holds this office, Limbaugh, drug-addled hypocrite that he is, says he hopes Obama’s economic policies will fail.

Right-wingers have also attempted to justify the Bush dictatorship’s use of torture, and quest to destroy America’s constitutional form of government, by claiming that these tactics prevented terrorism.

But diversion is not prevention. What became safety to those on American soil became terrorism to Iraqi civilians and American troops serving in that battle-scarred nation.

Bush apologists also claim he is not responsible for the failure to prevent the September 11th, 2001 attacks, because he had only been in office a little over seven months when they occurred. The blame, they claim, falls on the previous president, Bill Clinton, who had eight years to eliminate Osama bin Laden and al-Qaida.

But, if this is the case, why are so many of these apologists now criticizing Barack Obama’s efforts to repair the economic mess that the Bush dictatorship, thanks to two fraudulent elections, had eight years to repair?

Even so called legal “experts” like law professor John Yoo, who worked in the Justice Department’s Office of Legal Counsel during the Bush dictatorship, and Supreme Court “justice” Antonin Scalia have defended the Bush dictatorship’s use of torture, rendition and illegal detention. Yoo, as I discussed in my article When Self-Loathing Becomes Law: Clarence Thomas Story (Part I), even claimed that the illegally elected Bush had the authority to suspend the Bill of Rights and imprison American citizens without legal due process or access to the courts.

But while Yoo had the capacity to suggest policy, Scalia has the power to create it. An alleged “pro-life Christian,” and primary architect of the Bush dictatorship’s coup of 2000, Scalia may be the most ethically deprived and morally corrupt Supreme Court “justice” in American history.

His support of the use of torture, as Leonard Pitts reported, is based on the escapades of Jack Bauer, a fictional counterterrorism expert on the television drama “24.” In other words, the fundamental rights and freedoms of every single person in the United States are now in the hands of a man who believes a television program should dictate how the constitution is interpreted. Undoubtedly hypocrites like Antonin Scalia were the type of people Mahatma Gandhi had in mind when he said, “I like your Christ, but not your Christians. They are so unlike your Christ.”

In his column, Pitts also pointed out that information gathered through the use of torture is notoriously unreliable, because a person being tortured will be inclined to say whatever the torturer wants to hear.

In support, he cited the case of Abu Zubaida, who was mistakenly identified as a high-level al-Qaida operative. During the course of being tortured, Abu Zubaida provided an abundance of information, most of which proved to be false. Yet millions of tax dollars, and thousands of man-hours, were wasted investigating Abu Zubaida’s tortured induced “leads.”

If Scalia, Yoo and other advocates of torture really want to know how reliable torture is, they need only look at the “results” of former Chicago police commander Jon Burge.

Burge commanded a unit that allegedly used torture to coerce confessions from numerous criminal suspects, many of whom were later discovered to be innocent. Before their exonerations, several of these wrongfully convicted men spent years in prison, some on death row, while Burge enjoyed retirement on a government pension.

In reality, torture can actually increase the chances of terrorism by creating more terrorists. Families of torture victims are certain to hate the government doing the torturing; therefore they can be more receptive to the overtures of terrorist groups.