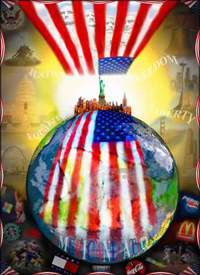 “Momentia” is the focus upon the pleasure or relief in a moment of entertainment. Life is difficult in this age so entertainment offers us escape. For many it becomes a soul source of joy! Polythea finds momentia invaluable. People live for entertainment, and entertainment lives because they have no life.

Would you rather be creative or observe someone else’s creativity. Polythea would rather you not be creative so that you would buy, watch, hear and experience its creations or “mis-creations” actually.

Just the act of being a spectator can suppress your natural genio (creativity). Polythea wants you to be a genio-user and not a genio-maker. Leave the imagination to the ‘geniuses’ of mis-creativity, just enjoy their work.

So fans appear; they copy, admire and worship celebrities, this is not new in human history.

In entertainment, the fan-nation evolves and it fawns over its targeted celebrity. Polythea uses the fan-nation to drive adulation, and raise further the status of the celebrity, and thus sell products and increase sales and revenue.

This might be called an economy of icons, an “Ikonomy” -- a very distinct kind of economic subsystem as powerful as the financial industry. Ikonomics is a special industry that serves all other economic spheres with its very unique psychological products.

The fan-nation is also a form of groupism that spontaneously appears in a culture of alienation and disconnection. People flock to a fan-nation to relieve themselves of the painful isolation in normal life.

In the dynamic of the fan and the famous, an individual may want to be famous too, the need for a higher identity is asserted.

A second important drive to fame has to do with immortality. Fame is considered by many to be the best route to eternity. So fame, whether for good reason or not is sought. So the miserable citizen who once found his or her immortality in the tribal religion or in declining conventional religion must now find it in a twisted way in the new world of Polythea.

And if fame is not achieved, then at least the fan can look down upon other fans, deride them as pathetic contestants getting an ego boost.

Fame now splits into two forms – we have infamy asbad fame, and good fame, we can call “eu-famy” (“eu” meaning good). At a certain stage the moral battle in a culture is between infamy and eufamy. But in the end Polythea gains from either variety of fame, for all serves entertainment, holding attention and diverting attention.

The drive for the fan to become a star herself or himself leads to the ‘reality show’ and its twin, “theatrical reality” (which is not a show but life imitating a show).

Now the fans have a chance to become famous in their own right. Polythea now creates theatre and mechanisms for fans to enter the ranks of the famous. And this phenomenon fascinates other fans. The fan-nation now gives birth to new fans that want to break out of the fan-nation. A method is institutionalized to elevate the ordinary person to star-hood when before it was haphazard, if at all. A new church is erected that offers through its priests a path to immortality and salvation.

And how does this serve the original problem of human beings being lost since the break up of the spiritual Subsume, wandering in our present world of anguish? In the reality show:

-a new purpose and higher purpose becomes being famous and inspiring new fans, a new identity is formed

-the individual has now achieved immortality

-love and connection are found in the process

Consider any basic human motivation, Polythea can twist it.

So Polythea has performed its own religious trick. It appealed to the basic need we all have to return to the Subsume, but it twisted these needs to fit into its entertainment and economic needs, that of the Ikonomy.

Polythea can go on endlessly into many forms of reality shows. And Polythea can turn anything into theatrical reality – romance, family life, church, education and so on.

Polythea is a system of movies, TV, games, reality shows with irresistible power.

So strong that it even pulls in the critics and rebels too, offering them their own show.

Even the elite participate in Polythea as an aristocratic member of the congregation.

Today we are just at the beginning of the Polythea process and it will continue unless we choose to stop it, and bring people to genuine values and behaviors, and demarcate the real and the artificial once again, and return to the true spiritual Subsume that we left thousands of years ago.

Innoye is an American writer on the topics of economics, theology and philosophy. You can contact him at his email address, [email protected] His new book, “The Axxiad”, will be available soon; his website, “newphilosophyandreligion.com”, is now under construction.