Let's face reality, the American dream is dead, the future has never looked so bleak and as a professional in any industry, your prospects of working in your chosen career has never been so low. Sure you can reinvent yourself, but how many of you have already done this once, twice, thrice? It is not easy and the list of choices is getting shorter and shorter. But it does not have to be this way. 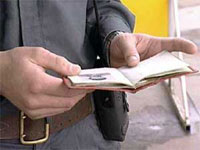 Americans as a people, have an ingrained fear of travelling outside of their own little world. This has given the American government an absolute free hand overseas to create unaccountable havoc and a tax/labor base it never fears in loosing, to exploit. This is born out in the stark numbers. Only 10% of Americans will ever have a passport, many of whom will go to very poor areas of Latin America for various aid missions through churches and civic organizations. These trips only uphold the view that every thing in the US is better, no matter how bad it gets. Maybe 5% of the population will reach places like Japan or Europe. Of these the majority are higher end businessmen and the over all elites. Five percent, that is only 15 million and many of those will decide to transfer and stay.

Throughout most of the world, young and not so young professionals are mobile, following the money to provide a better life style for themselves and their families. This in turn has forced countries to become competitive for fear of loosing this talent. America has been the receiver of this talent since World War Two, because it had the money to provide the life style. Even when much of that money dried up, many foreigners continued to pour in believing the myths. The native born also believed this, even though the old reality had long ago turned to dust and only the myth remained.

The Bank Panic of 2008 and the General Collapse of 2009 have once and for all, pulled the covers off of the old dead reality and showed it for the withered husk it is. However, most American professionals either refuse to accept it or cling to the pantlegs of Uncle Sam hoping for Never Never Land to return. In short, it will not.

If you want a future for yourself and your family, my suggestion is: get a passport, learn another language or enough to get by and start looking else where. Unlike the US, many nations kept their industrial and technological base, defending this and many nations are in need of the skilled labor to fill it.

So take a clue, in this case, the grass is greener on the other side.