On January 27th we celebrated our 10th anniversary of the reopening of Pravda in the birth of PRAVDA.Ru, which will be celebrated tomorrow (30) in Moscow in a gala celebration in which the messages of our correspondents will be read. 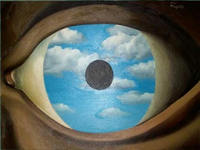 10 years is little time or too much. Too brief, like a stone in the pond of Humankind’s global development but when considering that those born in 1999 have come to read and form an opinion already, those who graduated in 1999 already have a decade of experience and those who retired in 1999 are substantially closer to that statistical age limit called life expectancy.

Few were we when our President, Vadim Gorshenin and our Director General, Inna Novikova, launched the Russian version of PRAVDA.Ru in January 1999 after a marathon in court to register the paper with the name defended by the two before it was closed in 1991 by Eltsin.

PRAVDA.Ru was the first Russian electronic newspaper and I remember with some nostalgia sitting in Vadim Gorshenin’s office in Moscow, seeing the number of users, right from the start. I was not playing when I said that after a few years, we would be the largest Internet newspaper, neither was he playing when he told me, eye to eye, that "of this I do not have any doubts." Today, Pravda.Ru is the largest Russian news resource on the Net.

The policy, strategy and the approach advocated by Vadim Gorshenin and Inna Novikova was simple: invest in the paper, invest in youth (the promise of the future) and invest in Truth (Pravda, in Russian). Although independent, we made our first steps with determination and pride, defending the name launched by Lenin in 1912 with confidence and humility at the same time.

Always striving to present the truth and analyze the events in an objective manner, respecting our sources, learning with every step we took and resisting the temptation to pander to trafficking sensationalism, we concentrated on facts and analysis, presenting a unique resource with information one cannot find anywhere else.

Once confirmed as the largest electronic newspaper of Russia, in 2000 in the English version was born, today with many millions of readers and hundreds of correspondents around the world. Following the English version, on 14th September 2002 the Portuguese version was launched. Today, after six and a half years, I am proud to say that the Portuguese version of PRAVDA.Ru is already accepted and embraced warmly by the peoples of the eight member states of the CPLP.

Hopefully in 10 years, the world will be very similar to that fantasy that we collectively dream of, I mean, a New World Order based on love for the next one, respect for  traditions and culture and fundamentally, sovereignty, based on the rules of dialogue, discussion and debate. Thus we will form a community of brothers to reside around our common lake, our Oceans.

This is not only our vision for the world but also the vision of the political leadership of the Russian Federation at this moment. A multipolar, multilateral world where each one’s views and interests are respected and where one man’s freedom and democracy does not infringe on the rights and sovereignty of others.