A New President, a New Beginning

Fresh, new beginnings are always full of promise, opportunities for change, for making things better or for making things worse. We can choose to continue where we left off as well. In the case where things have not been as they should be, change is indicated. In the case where the lives and the well being of many people are involved, change from a bad situation is imperative. 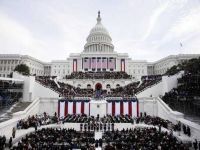 A New President, a New Beginning

In this spirit, it is time to give the new President, Barack Obama, a new beginning, a clean slate and the opportunity to demonstrate his commitment to change and improving the ills within his country, its policies, behavior and relations with other countries. It is time to set aside any bad feelings and welcome the new President and his country back into the family of nations.

Americans are dissatisfied after 8 years of Bush incompetence, arrogance and mistakes. The country has declined under the global economic crisis caused by too many years of wars, adventurism and corporate greed.

The best word of advice that could be given to the new Obama administration is this: show us, don’t tell us! US administrations have been incessantly preaching about freedom and democracy while doing all in their power to destroy those very concepts both at home and abroad. There is rampant unemployment, homelessness, lack of social services and health care.

People have the right to a job, a home, health care and a sense of security. But those rights have been ignored in order to pursue global domination and plunder, a costly venture that was egregiously miscalculated, ultimately bringing about the current world financial crisis.

Barack Obama had inspired many US citizens to get involved and to hope for change. This inspiration has also managed to be shared by people all over the world, tired of witnessing injustice and a superpower gone mad with its own self aggrandizement and lust for power and resources. He has also come under considerable attack from vicious rabid haters who are desperately maligning him with every libelous accusation known to man.

We believe that you can overcome and you have demonstrated the ability to overcome many challenges. Ignore as you have the insane foaming at the mouth haters. Ignore the special interests that would try to dissuade you from doing the right thing, which would drag us all back down to the corrupt and evil course of the past. Stay firm and stay on the right path and know that you have the good wishes of many who look forward to working with you in the spirit of cooperation and mutual friendship.

Barack Obama knows something about dreams and how to make them happen. He knows about hardship and struggle. Consequently, the world will be watching to see Barack Obama’s commitment to the spirit and word of international law and striving to make those changes which will be positive and good. His election to office has been an exciting and interesting process.

Ultimately, the sun rises for all of us on this planet. The moon comes out at night and shines through our windows. We love and care for our families. The world can be and should be a place where we all work together to overcome those things that bring despair, hardship, hunger and disease into the world. There has been no shortage of that to go around and it isn’t helped by wars, plunder and clashes of civilizations. If he can do something positive in this regard, then God bless him.

This man and this moment are loaded with potential. There is a palpable sense of expectation and excitement in the air worldwide. Hopefully no one will be disappointed. On this day that commemorates the birth and life Martin Luther King, Jr., and on the eve of his Inauguration, the new President is welcomed to his extremely burdensome task of leadership in the spirit of good will. All decent people of good will wish you well.