The Beginning Of Hope? 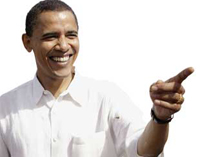 The Beginning Of Hope?

At the time I did not realize the impact this article would have on my life. After its publication, family and friends who read it encouraged me to return to college to complete the education I had abruptly abandoned years before. Encouraged by them, and inspired by Dr. King’s life and legacy, I not only completed my undergraduate degree, but continued on to law school, hoping that the knowledge I gained would help me make a positive difference in the world.

My legal education first took me into the courtroom as an attorney and later into the classroom as a teacher. In both venues I quickly discovered that mendacity and hypocrisy are just as prevalent in the power structures of these professions as they are in supposedly less “ethical” occupations.

This was profoundly disturbing, particularly since developments in law and academia can even impact people who do not depend upon these professions for a living. For example, whenever the United States Supreme Court interprets the nature and extent of a constitutional right, its decision often affects not only the litigants, but everyone in America.

I was also discouraged about the reception the King Holiday was receiving, particularly in predominantly white communities. Many school districts in these communities refused to give their students the day off, thus conveying the impression that Dr. King’s life and work was only relevant to African-Americans.

Some administrators of these schools endeavored to rationalize their decision by claiming that making students attend school on King day gave instructors an opportunity to teach about the civil rights movement.

The speciousness of this argument, however, is evidenced by the fact that even though schools are on summer break on the 4th of July (America’s Independence Day), and even though students are usually given the day off on Veterans, Memorial and Thanksgiving day, teachers still “manage” to find time to discuss the Declaration of Independence, the Pilgrim’s landing at Plymouth Rock, and America’s numerous wars.

The advent of the new millennium seemed to bring little hope to those who dreamed of a more just America. In fact, the start of the 21st century witnessed events distressingly similar to those that had occurred during the 19th, especially in the area of race relations. The two fraudulent elections of George W. Bush, who had advanced his political career by condemning affirmative action policies, mirrored the fraudulent “election” of Rutherford B. Hayes, who attained the presidency by condemning millions of African-Americans to a fate “worse than slavery” after ending Reconstruction efforts in the former Confederate States. In addition, the 2007 Supreme Court decision in the case of Meredith vs. Jefferson County Board of Education, which essentially resegregated America’s public schools, was eerily similar to the “separate but equal” doctrine this Court endorsed in the 1896 case of Plessy v. Ferguson.

But after seeing the sea of youthful faces celebrating the recent election of Barack Obama, I realized that, despite these setbacks, the annual celebration of Dr. King’s birth may have ushered in a new America after all. And I wished that Dr. King, Medgar Evers, Jimmy Lee Jackson, Harry and Harriette Moore and others too numerous to mention were still here to witness the events they had sacrificed their lives to bring about.

But, as I scrutinized the voting results, I noticed a disturbing trend. In many of the states where Obama was victorious, Indiana and Virginia for example, the election maps were oceans of McCain “red,” with only small splashes of Obama “blue” concentrated primarily in urban areas—a graphic reminder that America remains a very segregated nation.

Despite this reality, Obama’s election may lend succor to those who argue that the laws and policies designed to remedy racial discrimination by promoting opportunity and diversity in education and employment are no longer necessary. On the same night Obama was elected, voters in states like Nebraska passed ballot initiatives outlawing affirmative action, proclaiming there can no longer be any “preferential treatment” based upon race, gender, ethnicity or national origin.

Yet this is the same state where two potentially innocent African-American men, David Rice (aka Mondo we Langa), and Edward Poindexter, have been imprisoned for over thirty-five years so law enforcement could destroy the Omaha Chapter of the Black Panther Party, and in the process send a message to others in the African-American community who were considering standing up for their rights—the same city the family of Malcolm X was forced to flee after white racists accused his father of “stirring up trouble.”

As I’ve stated in previous Pravda.Ru articles, most critics of affirmative action do not, in reality, object to “preferential treatment.” They simply want to maintain the racial, political and economic status-quo that permits them to be one of the “preferred.” Today’s America has a plethora of businesspeople, lawyers, judges, politicians and entertainers whose careers have largely evolved through preferential treatment.

Even as I listened to reporters proclaim how the election of Obama had made America a more tolerant place, I saw three states pass ballot initiatives outlawing “same-sex” marriages. Two of these states, California and Florida, had voted for Obama, which means he will probably be reluctant to promote federal legislation overturning these bans, since, in a reelection bid, he could potentially lose the eighty-two electoral votes these states currently possess.

Naturally the standard arguments supporting these bans were present: “Special rights” were being bestowed upon gays and lesbians, which ironically was the same argument once used to oppose efforts to outlaw racial discrimination; and, sexual orientation is a choice, not an immutable characteristic, and therefore can be regulated by the State.

But even if developments in science were not tending to refute this argument, it would still be specious. Virtually all human rights laws in America prohibit discrimination based upon religion, yet the faith one practices is also a matter of choice.

As I’ve gotten older, I’ve come to realize that far too many people fulfill their psychological need for self-worth by hating those they view as different or inferior. This is even evident in some of the most revered documents in American history.

The complete text of the Declaration of Independence, for example, speaks of “merciless Indian savages,” and the original Constitution considered African-Americans to be three-fifths of a human being. The infamous Dred Scott decision went even further, declaring that African-Americans had no rights at all.

Immigrants from Ireland were condemned as inferior during the mid-nineteenth century, while immigrants from Eastern and Central Europe were loathed during that century’s twilight years. After these groups became accepted, this hatred was redirected at people from Latin America.

In today’s America it is unfashionable to openly endorse discrimination against, or express hatred of, others because of their race, gender, religion or nationality. So all that is left is sexual orientation.

Whether one agrees or disagrees with these bans on same-sex marriage, this fact should be remembered: if, in 1967, in the case of Loving v. Virginia, the United States Supreme Court had affirmed the State of Virginia’s power to regulate who can marry that stage in Chicago’s Grant Park on the evening of November 4, 2008 would have been empty, because it would have been illegal for Barack Obama’s African father and white mother to marry.

Obama’s election is being celebrated as a time in America when hope triumphed over hatred as the nation left its past behind to move towards a brighter future.

Only time will tell if this hope is justified.