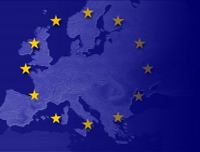 The end of War World II brought the idea for the unification of Europe, now known as the EU, but some individuals or groups also known as the world rulers needed to conduct an experiment before the formation of an important super power such as the EU. And soon, they succeeded; the right person for them was Josip Broz Tito leader of Communist Party and lifetime President of the Socialist Federal Republic of Yugoslavia (SFRJ). With the Royal family in exile and a post war atmosphere in Europe, Tito became famous, an ideal partner for this experiment.

Many will wonder why Yugoslavia? The answer is very simple; besides the Union of Soviet Socialist Republics (USSR), which was too powerful to play with, Yugoslavia was the only post war country in Europe with multiethnic and multicultural population, and Member Republics.

In 1945, from the remains of the Kingdom of Yugoslavia; the Democratic Federal Republic of Yugoslavia was proclaimed, headed by Tito. Tito becomes Prime Minister and Minister of Foreign Affairs.

The experiment begins; one State with six republics, one army, one currency, one federal police, one federal Government and Law, one passport, no borders and a visa regime among republics, and most of all: every Republic had their own Government with all vital institutions. Still, one very important thing for this experiment was the fact that Yugoslavia had different cultures and religions among state members, such as: Orthodox, Catholic and Muslim. The way the population is going to live in these circumstances was essential for the future of the EU.

In 1948, Tito makes one interesting move, highly motivated; he becomes the first socialist to defy Stalin's leadership in COMINFORM also known as Information Bureau (Inform biro). This move by Tito gains him good positions with all Western powers, of course his old friends, but bad relations with the USSR. For good results and loyalty to the West, in London, in 1954, Yugoslavia gets zone B from Free Territories of Trieste by treaty based on the "Memorandum of Understanding".

On the other side, with the first results of the experiment, formation of the future European Union begins with European Coal and Steel Community (ECSC) in 1952. Let us not forget that coal and steel were, and still are, very important in war and industry. Very important founding member of this Community was West Germany. A few years later, the Treaties of Rome in 1957 created two more communities: the European Economic Community (EEC) and European Atomic Energy Community (EAEC or EURATOM). The EEC and EAEC later merge into EEC in 1967.

Strangely, but as previously arranged, Tito choose for the SFRJ to be free Eastern European country, independent from the USSR, and neither member of Warsaw pact nor NATO, however in 1961, Tito puts Yugoslavia to be a founding member of the Non-Aligned Movement (NAM). Membership in NAM did not affect the experiment since Yugoslavia was the only European country in the Movement at that time, but it did affect future of Yugoslavia.

Time is running, and in the beginning of eighties, Tito dies, although, the experiment continues. The West needs a few more years before final announcement of new European Union. Europe is rapidly altering; many countries have joined the EEC.

At the beginning of nineties, Europe is about to change forever. In Yugoslavia a new government is forming headed by Slobodan Milosevic, the experiment is about to end, mission is about to be accomplished. World rulers are entering the final phase before the formation of the EU. With the USA battling Gulf War in Middle East, in Europe, history has been written; Germany's reunification takes place in 1990, followed by; dissolution of the Union of Soviet Socialist Republics in 1991, dissolution of Socialist Federal Republic of Yugoslavia in 1992, dissolution of Czechoslovakia in 1992, and wide spread fall of communist monopoly.

As planned, the new Europe comes into being in the year 1993, and with no threats on the way, a new star was born, the European Union. Just a few months after termination of the USSR in which America had a big influence, the USA got a new rival; the EU. This rival will become more influential and powerful than any other country or Union in the world, more powerful than the old USSR.

Tree questions arise from this: First, did world rulers decide to put European Union instead of the USA as a leader of a free world and first super power? Second, who are those rulers and where were they coming from? Third, what about Yugoslavia?

Answer for the first question is yes, they did, and as planned, the USA was used. Second: We will never know who they are, but they are definitely coming from Germany, they are not Jewish as many think, if they were Jewish then they would have had their own State long time ago.

Third: if we turn back and look through European history, Yugoslavia lost everything, it's like she never existed; she was just an experiment. Germany, on the other hand was not defeated in the WW II as many think, she played very smart; waited and planned to return stronger than ever, and she did through the EU, as leader and strongest Member State. Germany was, and still is the Union's biggest net contributor; with the biggest economy, she is responsible for about 23% of the EU budget. Same is with Japan and the USA; it looks like Japan was also not defeated in the USA-Japan war. Now, Japan is the strongest independent economic and industrial power on the earth, most Japanese products is represented in the USA. In contemporary days, power is not measured through weapons, rather through strongest industry.

After this successful experiment, will the EU have an equal rival in the future?

It will; a true rival for the EU will be a future Union with lots of money and same religion among member States as an advantage (maybe, Union of Islamic countries?).

However, maybe we are being deceived with the EU; perhaps the EU is just another world experiment before the launch of another giant Global Union.