The American way of life is dead…

.... and like a beheaded corpse, still stumbling around, it has yet to come to that realization that should be obvious to anyone. 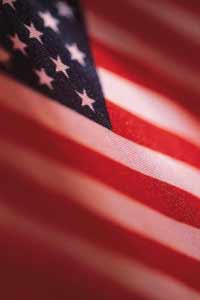 The American way of life is dead…

The American way of life, a system unsustainable by any stretch of the imagination, was facilitated on two facts: cheap gas and a valuable currency, the currency than morphing into cheap credit.

Since the US signed a deal with Saudi Arabia to value oil only in US dollar, something that happened in 1948, the US dollar has been a powerful currency, quickly rising to the level of the world reserve currency. As soon as all nations needed the dollar to purchase oil, there seemed to be no end as to how many dollars could be printed and what first the US government and than the ever down sized taxpayer, could afford...just add the cheap credit.

Godless consumerism never really took off the way it did until Nixon took the US off the gold standard in 1973. From then to now, there was no stopping it. Add to this, the cheap gas, partially guaranteed by that God forsaken deal between America and the worst of the worst of the Islamic jihadists, and the far flung suburban life style, with houses packed full of cheap priced and even cheaper quality Chinese goods, was born.

Of course, anyone with half an understanding of reality and economics knew it could not go on forever and so it has come to an end. However, the elite oligarchies of America, must be congratulated that they were able to keep it going for so long. Of course the estimated $500 Billion in plundered Russian wealth, from the early and mid 1990s, sure did help.

However, the era of the dollar is over and with it US power. The dollar has been in a steady free fall for the better of the past 6 years, faster than the steady decline of the preceding 30 years. How is it, that with a prolonged war, costing close to $1 trillion, no new taxes have been raised? Well, that's what printing presses are for and why since 2004, the Fed has stopped issuing the M3 report.

Due partially to this dieing dollar, the falling US power that has stopped being able to pressure Arabs into pumping more, increase in demand world wide and the resurgence of Russian industry drinking up their own oil, the price of oil has skyrocketed. It sure does not hurt that the US idiocy of having cake and eating too is still fully in the swing: that would be the plan to be foreign oil independent while not drilling your own oil or to build nuclear power plants.

The era of big spending, large houses, long commutes and giant SUVs and trucks are over. Sure, the contraction back into tightly packed cities and small modest houses, budgeted spending and compact cars will not come over night and it is equally sure that the indebted and breaking US consumer will fight it every step of the way, but it is over.

The first thing to already go is the big trucks and SUVs. Sure there are plenty still on the roads, but sales of new ones are falling fast, actually collapsing out right would be a more proper term. Next, considering the absolute lack of public transportation in most US urban and suburban areas and for that matter the very city centers, next will come the car pooling fad, as smaller cars still eat gas, a commodity still climbing in price.

Sooner or later this will reach a tipping point as well, where even car pooling will no longer work, as incomes will never keep up with inflation. Incomes will further degrade as the cycle of cut backs by suppliers followed by cut backs and layoffs by businesses continues. Fewer hours and less real pay will make the expense of far flung large yards, expensive to heat and cool large houses and high gasoline bills, seem rather infuriating and pointless to support.

A final hit upon the suburbanite will be the high increase in the cost of goods around him. Since rail head are limited and diesel is sailing far ahead of gasoline, the best prices on goods will be those around the inner city, closest to the rail heads. Goods that have to be trucked out to the various far flung stores will bare the price of the fuel that delivers them. Many stores will close driving not only jobs away from the suburbs but also the ability to live comfortably.

As more and more suburbanites return to live in the city, the property they sell will have massive downward pressure on their neighbors' property values. This in turn will force more of their neighbors to equally move out. Would be farmers should take note, perfectly good farm land will be rather cheap to come by...just have to burn off the ply wood massive shacks on it.

Crime will also initially sky rocket, especially in the far flung neighborhoods. The satellite cities that grew up around the big cities will be hardest hit and many will bankrupt as their tax base continues to erode. With bankruptcy will come cut backs in services, to include the police force. Gun rights advocates should take heart as more and more Americans will quickly come to depend on self protection for their sole source of protection.

Large quantities of second hand goods will also come on the market, as people move away from large stuffed houses in the suburbs to smaller, some times much smaller, apartments and houses in the cities. Craig's List, Ebay and garage sale hunters will greatly benefit, at least in the short term.

But there will be massive problems in the cities. Over crowding is the most obvious one. But with little industry, little money and only the service economy to rely on, the cities will be poor, angry and dangerous, as well as over crowded. The country side will become once again lonely and manageable and small towns and villages a lot more inviting. A return to America cira 1920s is more likely.

Illegal aliens take note: not only will American workers compete more directly with you over jobs than any time in the past 50 years, but they will fully view you, and correctly to boot, as the usurpers you are of their livelihood. Illegals' lives are going to get very dangerous and violent.

Tourism will of course suffer, so all those far flung, well developed tourist hot spots, that also happen to be in hurricane paths, will become lonely and decayed. It will become harder and harder for the government to pay for their almost annual rebuilding or even to justify it. Nature will be a big winner in all this.

But one final issue must be faced, the one issue that could easily launch those over packed cities into full scale revolt: veterans. Yes, with bankruptcy of the great big world wide empire, some one million well trained and often enough, well armed, veterans will be returning to the cities where their chances of jobs are slim at best. If they take arms, things in the America of the 2010s will be rather interesting and lively indeed.