War of All against All-Introduction 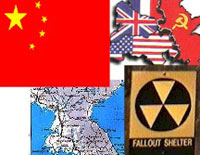 War of All against All-Introduction

During the Cold War, the ideologies of the two superpowers were strangely co-incident in one respect-equality and classlessness. Despite the unequal distribution of the wealth, the United States supposedly offered equal opportunity for getting rich and freedom from the Old World pattern of class conflict, and in the Soviet Union the working class was said to be the only class. But in reality, neither did the U.S. have de facto or de jure equality (or equality of any sort), nor did the U.S.S.R. ever achieve a Marxist classless society.There has never been a classless mass society, and hence such a society has never been free of class conflict. The American claim to equality is particularly ironic, given the great economic inequality in the U.S., and its denial of class antagonisms only hardens them. But the ideological co-incidence shows that they have the notion, though they have not the latitude and extent of it.

Even under the best conditions of class society, life is a war of everyone against everyone, which the lower class decidedly loses. If the ruling class cannot be overthrown, The best hope is for a decent culture, a humane system of rules for interaction, with those with modest means being left alone to lead a humble life. According to Hobbes, only an all-powerful state, a Leviathan, could create order out of the chaos of social warfare, and thereby assure a civilized life for the great as well as the powerless. Yet in every age, the rewards of freedom have been worth fighting for. The Spartacus revolt in ancient Rome, the Jacquerie in France, the Peasants' War in Germany, and the Nat Turner and Denmark Vessey revolts in the antebellum American South were all desperate challenges to the class system. Their brutal suppression in every instance terminated armed revolutionary resistance to oppression, yet class struggle continued in economic and cultural forms.

The universality of class hierarchy suggests something important about human nature, especially when viewed in contrast to the hunting-gathering society. The urge to be dominant in any social situation is strong, as is, on the other hand, the habit of conformity and acquiescence to authority and superior force. Both are survival strategies for an unnatural environment. Thus, slavery was practiced in every ancient society. "Force made the first slave," observed Rousseau, "and cowardice perpetuated his slavery." Eastern or Western, communist or capitalist, "democratic," plutocratic or aristocratic-no mass society has been without a ruling elite, which suggests to many thinkers that hierarchy and conflict serve some "function." "Conflict must do something for societies [writes anthropologist Robert J. Wenke] or it would be difficult to explain its depressing ubiquitousness in human affairs."

But more plausible is the idea that the elite, and the conflict stemming from its rule, is dysfunctional, governing society for no higher reason than to promote the needs and desires of its own members, and bending the energy of the masses to those ends. How else could one explain its privileges and wealth? The elite enjoys a superior education, maximum leisure, a privileged place in the military, multiple luxurious residences, worldly travel, a superior diet and superior health care, laws favoring excuse of their depredations, and exemption from work (except the prestigious political kind). On the other hand, the poor are subject to monotonous and arduous manual labor, a modest domicile, minimal leisure, impressment into the low ranks of the military, criminal laws biased against them, and inferior diet, health care and education. The brutal exploitation of earlier ages included the corvee, debtor's prison, droi de seignor, physical torture, slavery, starvation, peonage and complete absence of human rights in the lord-vassal paternalistic relationship of feudalism. John Jacob Astor Vl candidly stated, "I have found that work interferes with pleasure," thereby illustrating the rewards of power.

Class privileges bear tangible and eminently pleasurable rewards, and to solidify them is the goal of social control. In a sense, norms of interaction are a truce in social warfare, and this truce is continually being renegotiated. Changing historical conditions continually alter the class structure, and as a new elite masters the relations of production, social control is reinvented. That the basis of social control is coercion can be seen in its extreme form in the use of terror to maintain command. The Romans, for example, practiced decimation (the massacre of every tenth person) to suppress rebellious colonies, and some modern dictatorships employ death squads. The politicization of the police and military is a means of social control

all over the world. The principal means of social control (socialization, indoctrination and propaganda), however, are subtler, and replace the police power in all but the most desperate situations. Although always retaining a lingering element of coercion, indoctrination works more by conditioning to make certain thoughts unthinkable, to present the status quo as part of the natural order of things and place it beyond the limits of debate and controversy. Being more explicit, propaganda-like indoctrination found in every mass society-by appealing to a wide audience, attempts to form a majority attitude and apply the power of numbers in obtaining total compliance. Social control is often so effective that unthinking conformity results, and revolt or even constructive social change seem dangerous, foolish and unnecessary or hopelessly beyond realization.

The basis of societal power is the following-a category of people who, even though they may stand to benefit but little, are prepared to aid and obey its leaders. Members of the upper class have the largest followings and hence the most power. Although fame is an important source of a large following, being high in a chain of command-whether in an economic organization, the military or the government-can also be a source of power, since all one's followers need not be able to name or formally recognize the powerful people who can compel their obedience. Analysis of the power of the ruling class shows its ascendance to be based more than anything else on the organization of people who view its authority as legitimate. Various pretexts for power-such as the divine right of kings, a special relationship with a deity, and economic efficiency-have been advanced over the ages, but actually every elites relies on a dominant, consolidated following to maintain rule through coercion. If the lower classes in a rare instance happen to be both discontent and organized, their leaders constitute an eminent threat to the ruling class. Though God or right may not always side with the larger battalions, the power of numbers usually prevails. The authority, allegiance and social organization of the powerful prove decisive.

Similarly, the everyday struggles of class society are expressed in the competition for status. Important determinants of status are money, fame, "breeding" (i.e., family prestige), "connections" (i.e., relationships with powerful people), demonstrable achievements of various sorts (in athletics, scholarship, art, science, engineering, invention, etc.), and physical attractiveness and intelligence. Though sometimes viewed as harmless status seeking and improvement of one's comforts, the status struggle is in reality driven by that same love of power that results in social classes. A person of higher status dominates another, enjoys deference and primacy in the relationship, analogous on a small scale to class divisions. Contrary to the prevailing view in economics, the things that money can buy-although in themselves very useful and gratifying-are not the principal reward of financial success. All wealth is referential, and what it actually commands is the domination of men, symbolically mediated for the most part but nevertheless very real in its consequences.

Although it is taken for granted that civilization is synonymous with the city or developments like agriculture and writing that accompanied mass society, in the Kalahari Bushmen, the Australian aborigines and the northern Eskimos (that is, in the hunting-gathering band), are remnants of man's primal nature, fast fading from the earth but not altogether into oblivion. By far the greater part of human and hominoid evolution was spent in the hunting-gathering band, a small community of about 25 souls, whereas mass society has existed for a mere several millenia, a negligible period in evolutionary terms. For millions of years, biology (natural selection) prepared man and his ancestors for survival and reproduction as hunter-gatherers, yet he now finds himself in unnatural, crowded conditions.

Whereas the small size of the band, in which relationships were face-to-face, precluded the formation of hostile classes, the growth of mass society was like the expulsion from Eden, with class conflict and the evils of impersonal hierarchy as original sin. Their subsistence was crude, yet the members of the hunting-gathering band enjoyed equality, democratic decision making and meaningful labor for personal use, such as to be the envy of any modern Japanese, Frenchmen or American. In comparison, mass society is wicked, with its conversion of morality into an abstraction. "Evil is the product of the ability of humans to make abstract that which is concrete," said Sartre. Humane sentiment is weakened and dissipated by being extended over the impersonal social distances of mass society.

Whether one holds that human behavior is largely inscribed in the genes, or is a function of learning and culture, or is a combination of these, the point is that man is ill-disposed to live in an impersonal overpopulated community, in which conflict, injustice and cruelty are inevitable. Nominal democracy, rising standards of living, scientific advances and purported "technocracy" cannot resolve class warfare. Nevertheless, it is not inconceivable that a growth in class consciousness of the lower orders may overturn existing class systems. While their commitment to equality may be more ideological than genuine, strong socialist parties on every continent except North America advocate the elimination of gross inequality. The masses of the world may more and more come to believe that they, and not a privileged class, are entitled to the fruits of their own labor. The future, in this event, could hold a restoration of that primeval human community that through the ages forged the identity of man, of that decent and humane existence from which he hasso long been estranged-the classless society.

John Fleming, "The War of All Against All: An Analysis of Conflict in Society" (Lanham, Md.: Univ. Press of America, 2OOO). to order: www.univpress.com