Irish NO a YES for democracy

The people of Ireland have rejected the Lisbon Treaty, according to early tallies from Thursday’s Referendum. Despite the ominous claim from Irelands’s Europe Minister Dick Roche that “it might come right later in the day” at midday, there is a clear sign that the Lisbon Treaty has been rejected across the board. 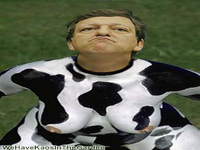 Irish NO a YES for democracy

Under the provisions of the Treaty, all 27 member states have to ratify it before it comes into force on 1st January 2009. Ireland is the only one of these states to have had the guts to put the Lisbon Treaty to a democratic vote. In the rest of Europe, 14 countries have already ratified the Treaty through closed parliamentary sessions.

Tally counters, who under the Irish electoral process monitor the counting in polling stations and form an objective idea of how voting is going, indicate that the No vote is winning across the country by up to 60-40, and not only in rural areas but in urban centres as well.

E.U. votes are historically accompanied by a low turnout, in this case just 45% of Ireland’s three million registered voters and decision making does not seem to reflect national issues (the Irish Prime Minister, Brian Cowan, and all the political parties represented in Parliament, with the exception of Sinn Fein, were in favour of ratification).

Public awareness campaigns did not seem to have made inroads - in an opinion poll carried out by the Irish Times/TNS mrbi in June 2008 just 8% of people in declared that they had a “good understanding” of the issues. Therefore it can be concluded that rather than the terms of the treaty (in this case, streamlining in decision making processes, cutting out the right to national veto in more issues), it is the whole idea of the European Union, as it is presented, which creates at best, apathy and at worst (for the bE.U.rocrats), rejection among the people.

Unlike the army of grey, besuited bE.U.rocrats who suddenly mushroomed everywhere, whose jobs and lifestyles the E.U. perpetuates, the people of Europe would rather have a loose, trading agreement such as existed under EFTA and such as that which existed in the early days of the Common Market.

Nobody asked the people of Lisbon, or Portugal, if they wanted to join the Euro; nobody told the people of Lisbon or of Portugal that prices would double and salaries would lag far behind after the disappearance of the Escudo and the virtual control of the country’s economic affairs by Brussels, conveniently exonerating national government of a large part of its responsibilities. (“It’s not me, it’s Brussels!”). So why should the Treaty of Lisbon be imposed on anybody, especially when nobody wants it? One and a half thousand years ago, the United Europe project of ancient Rome collapsed in ruins, despite its single currency, its single legal system, its single administratve system and even its single language. Why? Because nobody wanted it any more.

Millions of European citizens today would like to embrace the courageous people of Ireland with a clear and heartfelt message: