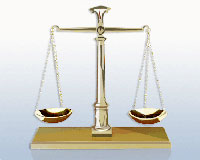 However far too often informants have done more harm than good.

Informants often manipulate their status for personal gain. The Federal Bureau of Investigation’s (FBI) use of organized crime figure James “Whitey” Bulger, for example, enabled Bulger to eliminate competition by informing on other organized crime families, then taking over their territories after their members went to prison.

Harvey Matusow, an informant during the “Red Scare” era of the 1950s, later admitted, in a book entitled False Witness, that he had often been paid to provide false testimony about alleged communists, and was even encouraged to lie by Senator Joseph McCarthy and Roy Cohn, McCarthy’s chief legal counsel, after their anti-communist “crusade” catapulted them into the national spotlight.

Also there is a proclivity for law enforcement to conceal the criminal activities of informants, even at the expense of justice. Recently a judge awarded Joseph Salvati and Peter Limone, and the families of Henry Tameleo and Louis Greco, a judgment in excess of one hundred million dollars after it was revealed that the FBI, in order to shield an informant, allowed these four men to go to prison for a murder they did not commit. Salvati and Limone both served over thirty years, while Tameleo and Greco died in prison.

In addition, informants are prone to lie, especially to please their “handlers.” According to a recent article from the Associated Press, the informant in the Van de Kamp case had stated under oath that he received “no benefit” for his testimony, when in fact he had been given a lighter criminal sentence.

This same type of dishonesty was also used to wrongfully imprison former Black Panther Elmer “Geronimo” Pratt in California. Pratt was convicted almost exclusively on the testimony of an informant, who under oath denied being one. There was also evidence that this informant’s testimony was possibly influenced by jealousy, since Pratt, rather than him, had become leader of the Los Angeles Chapter of the Black Panther Party (BPP) after former leaders John Huggins and Alprentice “Bunchy” Carter were murdered in January of 1969 by members of “US,” a black nationalist group founded by Maulana Karenga (aka Ron Everett).

Pratt subsequently spent twenty-seven years in prison, eight of them in solitary confinement, before his conviction was vacated. Even then, despite clear evidence of the perjury used to convict him and a former FBI agent’s admission that Pratt had been framed, the Los Angeles County Prosecutor’s office, then headed by Gil Garcetti, demanded that Pratt remain imprisoned.

Tragically the unlawful methods used to convict Pratt had indirect, and lingering, social consequences. A recent History Channel documentary revealed that many disaffected African-American teenagers in Los Angeles had looked to Huggins and Carter for guidance and structure in their lives. The murder of these two men left a leadership vacuum that Pratt did not have time to fill, since he was arrested a year after Huggins and Carter’s deaths.

Filling this vacuum was fifteen-year-old Raymond Washington, who would ultimately found the gang known as the Crips. During the ensuing years, hundreds of African-Americans would lose their lives due to conflicts with rival gangs or internecine rivalries within the Crips, and hundreds more would become innocent victims of gang violence.

FBI documents, including a memo dated November 29, 1968, would later reveal that the Bureau had intentionally exacerbated tensions between the BPP and “US.” Therefore it appears that a “black nationalist” group headed by the founder of Kwanzaa, and the most powerful law enforcement agency in the world, were directly responsible for the murders of several members of the BPP, and indirectly responsible for the violent, gang-related deaths of countless African-Americans.

Informants are sometimes prone to actually encourage crimes or violence. This way they can get paid for informing on the very crimes and violence they helped to create.

During the late 1960s, an informant named William O’Neal infiltrated the Chicago Chapter of the BPP. During this time the FBI was endeavoring to undermine the efforts made by Fred Hampton, Chairman of the Illinois BPP, to create a “Rainbow Coalition” of political activists from all races. Hampton needed the support of an African-American group known as the Blackstone Rangers. O’Neal covertly worked to deny this support by creating confrontations between the Panthers and the Rangers.

Ultimately O’Neal would provide the FBI and Chicago Police Department with a sketch of Hampton’s apartment. This culminated in a police “raid” where both Hampton and fellow Panther Mark Clark were killed. O’Neal was subsequently paid a “bonus” of three hundred dollars for his “information.” He committed suicide two decades later.

Finally, there is the “snitch” jacket, which is used by law enforcement to falsely label someone an informant. A target of this tactic was William Albertson, a member of the Communist Party USA (CPUSA).

Albertson had rebuffed FBI attempts to recruit him as an informant, so the Bureau placed a “snitch jacket” on him by forging an “informant’s report” in Albertson’s handwriting. According to a court complaint later filed by Albertson’s widow, this “report” caused Albertson to lose his job, and associates and friends ostracized him. He spent the remainder of his life vainly trying to prove he was not an informant.

An equally, if not more, tragic story is that of Anna (Annie) Mae Aquash. A member of the American Indian Movement (AIM) during the late 1960s and early 1970s, Aquash was found murdered on the Pine Ridge Reservation in South Dakota on February 24, 1976. For years it appeared her death would be one of the more than sixty unsolved murders that had occurred on Pine Ridge because of an armed conflict between AIM members struggling for self-determination, and pro-government Indians, known as GOONs. To many AIM members, Aquash’s violent death symbolized the depths to which the United States government would sink to deny Indians their treaty rights and heritage.

But in 2003 two former AIM members were indicted for Aquash’s murder. One, Fritz Arlo Looking Cloud, was convicted, and the second is awaiting trial.

During Looking Cloud’s trial it was revealed that Aquash had not been killed by forces hostile to AIM, but by some AIM members who suspected her of being an informant. These revelations were echoed in the documentary The Spirit of Annie Mae.

These revelations have created a great deal of dissension. Some argue that the government is now using Aquash’s death to paint AIM as a criminal organization, thereby diverting attention from the legitimate grievances that inspired its creation in the first place. Others claim that these belated prosecutions are designed to destroy any possibility of parole or a new trial for imprisoned AIM activist Leonard Peltier. Others, however, welcome these trials as an opportunity to seek justice, albeit belatedly, for a woman who selflessly dedicated her life to the betterment of her people.

There are some who will argue that the legal system ultimately rights its wrongs by financially compensating those who were wrongfully imprisoned or falsely labeled informants: William’s widow Lillie Albertson, Elmer “Geronimo” Pratt, Joseph Salvati, Peter Limone, the families of Henry Tameleo and Louis Greco, and the families of Fred Hampton and Mark Clark were all awarded compensation for the wrongs directed against them or their loved ones.

Unfortunately even the prospect of paying financial compensation may not be enough to dissuade zealous or corrupt prosecutors from misusing informants. From a purely cost/benefit perspective, some government officials probably felt it was worth paying a few million dollars to silence “Geronimo” Pratt behind prison walls, to murder Hampton and Clark, and to put a “snitch jacket” on Albertson. After all, do monetary damages really have any deterrence value when the government has the entire United States Treasury, and all the taxpayers, at its disposal?

Still, as demonstrated by the plethora of wrongful convictions, the leadership vacuum that led to the formation of the Crips, the suicide of William O’Neal, and the murder of Anna Mae Aquash, the direct and indirect social costs for misusing informants can be staggering.

Everyday, whether they want to acknowledge it or not, Americans walk on eggshells. Their money, their homes, their freedom, their very lives can be lost in an instant because of dishonest informants and corrupt members of a legal “system” who believe “sending messages” or “winning” is more important than truth.