The chickens come home to roost

In several previous Pravda.Ru articles, particularly American Morality Scam and American Morality Scam Part II, I explained that by limiting the definition of “morality” to issues involving human sexuality, religious, business and political leaders are able to treat their fellow human beings as sadistically, unjustly or callously as they want, secure in the knowledge their deeds will never be labeled “immoral” by the corrupt power structure. 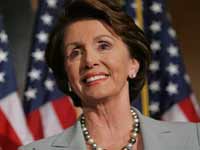 The chickens come home to roost

I also explained that this reality was evidenced by the fact that while former President Bill Clinton faced impeachment proceedings for lying about an extramarital affair, America’s illegally appointed, illegitimate occupant of the White House, George W. Bush, and his partner-in-crime Dick Cheney, have never faced (and most likely will never face) any form of impeachment or criminal penalties for starting an illegal war whose costs have been billions of tax dollars and hundreds of thousands of lives.

Somehow in the eyes of those in power, including the “Democratic Congress” that many hoped would be a catalyst for change, such acts apparently do not rise to the level of “high crimes and misdemeanors” necessary to institute impeachment proceedings. So while Bush, Cheney and countless other hypocrites have routinely demonstrated their cowardice by hawking the Iraqi war, demanding sacrifices of others that they—through family influence and deferments—refused to make themselves, House Speaker Nancy Pelosi has demonstrated the cowardice of the Democratic Party by refusing to institute impeachment proceedings against them.

How ironic it is that in America an extramarital affair rises to the level of “high crimes and misdemeanors” but the following does not:

1. The use of torture. Where is the moral outrage over the fact that George W. Bush recently vetoed a bill banning “water boarding,” a torture heralding back to the days of the Spanish Inquisition?

2. The use of slave labor for corporate profits. Where is the moral outrage when thousands upon thousands of American workers are thrown out of work everyday, while billions of dollars in profits roll in from child and prison labor, the maquiladoras in Mexico, and sweat shops throughout the world?

3. Lack of patriotism. Where is the moral outrage over the double standard enjoyed by American corporations that abandon their nation or overcharge their government for products and services during wartime? After all, average people are supposed to be patriotic, and often find themselves ostracized, threatened and condemned for even questioning the motives for war. Yet corporations that engage in ruthless war profiteering, or that leave America during wartime to exploit lax labor and environmental standards in other nations, are praised for their business “acumen.”

4. Price gouging. Where is the moral outrage over the price gouging of big oil companies, who carry politicians around in their hip pockets, destroying the economies of entire nations because the billions they already make in profit aren’t enough?

5. The protection of corporate fascism. Where is the moral outrage over the fact that, regardless of what political party is in power, all governmental institutions, under the guise (or lies) of promoting “freedom” and “democracy,” exploit their resources to protect the profits of multi-national corporations, awarding no-bid “rebuilding” contracts to political cronies, and using the military to ensure continued oil profits in Iraq and the abundance of cheap labor in Central and South America, while condemning as subversive or anti-democratic, and frequently destroying, any group or social movement that strives for social, racial or economic justice.

Now the cowardice of Pelosi’s pansies has come home to roost. The party that refused to impeach Bush and Cheney again finds one of their own, New York’s Democratic governor Eliot Spitzer, caught in a sex scandal. And once again the Republican Party feigned “moral” outrage, and threatened to impeach Spitzer if he did not resign.

So forget the slaughter of innocents, forget the lies that caused thousands of Americans to die in an illegal war, forget the exploitation of the workers and the millions without health insurance, forget the cowardice of the war hawks who refused to serve in the military themselves, forget the undermining of democracy through electoral fraud and corrupt Supreme Court justices, forget the fact that corporate fascism has replaced democracy in America, forget the fact that torture is now an acceptable part of American jurisprudence, and forget that every law, policy and institution in America is designed to ensure that the rich get richer while the poor get poorer. After all, in the eyes of the plutocrats who truly control America, none of these things are immoral.

The moral of the story is this: American politicians can do nothing immoral, illegal or worthy of impeachment, no matter how vile, unjust or corrupt it may be, as long as they keep their clothes on while doing it.

And the fact that Americans continue to permit such a moral to exist is the greatest immorality of all.