Colombian fascism murdered in Ecuadorian territory the commander Raúl Reyes, of FARC (Armed Revolutionary Force of Colombia), in an operation of State terrorism. The Portuguese journalist Miguel Urbano Rodrigues, a scholar of FARC, writes on the attack where fell the one who he considers a revolutionary hero, and whom he knew personally.* 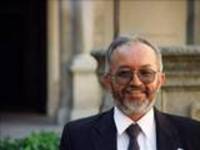 At dawn on Saturday (1), in the territory of Ecuador, the government of Álvaro Uribe murdered the commander Raúl Reyes of FARC in an operation conceived and executed with the support of the USA.

The surrealist announcement of the Minister

The piece of news was initially spread by Uribe’s Minister of Defense in a triumphant notice that rudely corrupts the events, hiding the criminal character of the terrorist action.

According to Juan Manuel Santos, Raúl Reyes would have been established in a camp situated in Ecuador, 1,800 meters from the border, during a bombing carried through by the Air Force of his country from Columbian territory, for "not violating the sovereignty" of the neighboring countries. But soon he explains that, later, army troops crossed the border to collect the body of Raúl Reyes to bring it to Bogota, bury it and prevent the FARC guerrillas doing the same.

The Minister’s note presents an absurdity, a surrealist touch. It is unimaginable that any plane could pour bombs on a camp, being almost two kilometers in distance. And grotesque that this lie is followed by a confession of which, at last, the forces of the Colombian army violated Ecuadorian sovereignty. Things happened otherwise.

The finger of the United States

Through North American satellites, Uribe knew about the presence of the group of FARC guerrillas on the Ecuadorian side of the Colombian Amazonian region of the Putumayo.

Bogota knew through allegations that Raúl Reyes was there. The revolutionary leader had a price on his head, alive or dead, for 2,7 million US$. The condemnation was paid and Super Tucan planes of the Air Force, the mightiest and best equipped of Latin America poured a rain of bombs on the camp.

In a criminal attack of air piracy they died, besides Reyes, the revolutionary singer Julian Conrado (the great artist of the clandestine Radio Voz de la Resistencia - Voice of the Resistance) and 16 guerrillas. They were massacred while they were still sleeping, in conditions inadequately known.

While receiving the piece of news, Uribe congratulated the Air Force and the body of Reyes, crippled and sheared by machine-guns, was taken to Bogota. Soon photographs of the bloody corpse of the hero appeared in televisions and newspapers of ten countries. Almost the same macabre ritual that covered the murder of the Che in 1967.

The wings of the crime

The terrorist attack takes place in a moment in which the campaign for the release of French Colombian, one Ingrid Bettancourt, inspires headlines in the great international press. Never to concern itself much on the Colombian reality as in these days in which, on the pretense of the suffering of the ex-candidate to the presidency, FARC is a target of a mountain of slanders.

One day it will be obvious that in the discussions around the humanitarian exchange, FARC always acted with transparency and revolutionary authenticity, moved by a humanist objective and Uribe with hypocrisy and unconfessable intentions.

Corresponding to the insistent appeals of Hugo Chavéz and of Senator Piedad Córdoba, FARC decided in the first phase to unilaterally free Clara Rojas and ex-deputy Consuelo Perdomo. The operation was postponed as a matter of fact for some days because Uribe intensified the concentration of troops in the area where presumably both should be handed to the International Red Cross and transported to Caracas in Venezuelan helicopters.

FARC was conscious of the enormous risks that the operation involved. Only one who knows the geography of Colombia, a country with 1,14 million square kilometers and 45 million inhabitants, furrowed by three chains of mountains, gigantic rivers and a great part covered by the dense Amazonian forest - can value what it meant to drive two women from the unknown camp in which they were found to the Department of the Guaviare, near the Venezuelan frontier. It is useful, and you connect, to remember that the Colombian army violated the cease-fire pledge and began to bomb the place one hour after the helicopters had taken off.

The proposal of the demilitarized zone

FARC insisted subsequently on the disarmament of the local authorities of Pradera and Florida as an essential condition to a humanitarian exchange demanded by the Colombian people, an operation that foresaw the exchange of 40 prisoners of war in the control of FARC including Ingrid Bettancourt - for 500 guerrillas jailed in government prisons.

Nevertheless, this uncompromising attitude of the neofascist President of Colombia, FARC corresponding to a new appeal of Hugo Chavez, took the decision to free, also in a unilateral gesture, four deputies in their power.

Once again, the operation was postponed because the Army, on the eve of the predicted date, mobilized powerful forces, concentrating them in the regions of the Caquetá, the Goal and the Guaviare, where FARC is well implanted, and where, presumably, them parliamentarians might pass.

The objective of this initiative was double

If there was a direct hit, Uribe would hold FARC responsible for the deaths of the deputies. Simultaneously, you can spy on the planes, equipped with a technology that Washington only provides to Israel, while they were active.

The American satellites had transmitted information valuable to Bogota.

But FARC had satisfied, once again, and did not obstruct an immediate intensification of the pro-liberation campaign - of Ingrid Bettancourt.

This demand was, in the existent conditions, of impossible realization. A fragile, sick, woman could not walk under any circumstances during the day through savage regions, where the Colombian troops might intercept the command of those responsible for her.

They had, therefore, renewed FARC’s proposal for disarmament of Pradera and Florida, without which the humane exchange is impracticable.

The hero fallen in combat

The commander Raúl Reyes was, after Manuel Marulanda, the most outstanding member of the Secretariat and of the Central Great State of FARC.

Revolutionary from youth and at present 60 years old. He was first locked in trade unionist political struggles. They were an initiation for other battles. More than thirty years ago, Luís Edgar Devia made his way into the mountains, and joined FARC, becoming Raúl Reyes.

I knew him in May of 2001. I received an invitation to spend some weeks in his camp next to San Vicente del Caguán, capital then of the Demilitarized Zone. I accepted with pleasure.

Raúl Reyes was not impressive for his physical appearance. Low, lightly gray, he had the insignia of a gentle voice. But soon in the first night, after dinner, when we talked in his command post, an austere office, with a table and two chairs, installed under a tent hidden by the high tops of the Amazonian forest, I realized that that fragile guerrilla was an exceptional personality. We talked about the world in crisis before offering books and documentation to me as an indispensable prologue to approaching the fight of FARC.

There was the person in charge of the peace conversations that were elapsing those weeks in the village of Los Pozos, with the representatives of the government of president Andrés Pastrana.
Those were the times where Pastrana greeted Manuel Marulanda with Judas' hugs, days in which I saw ambassadors of countries of the European Union disputing the words and the smile of the legendary Tirofijo, supreme commander of FARC.

I traveled with Reyes to La Macarena, where FARC had unilaterally freed 304 soldiers and policemen, prisoners of war, and had the privilege to hold with him, in the lukewarm dawns of the forest, long dialogues on his revolutionary organization, Latin America and the strategy of US imperialism, the great enemy of the humanity. And also on life.

I wrote proper articles in the camp for Avante! (weekly of the Portuguese Communist Party) on the FARC combatants and an interview was also published by the agency of PCP.

The atmosphere had something unreal, because the proper texts were transmitted by the secretary of Raúl for a recipient who later directed them to the newspaper. The Internet, paradoxically, could function as an instrument in the service of a revolutionary guerrilla.

For my honor and privilege, Raúl Reyes kept in contact with me. With frequency I received his messages, through commanders and friends, at times being thankful for articles that he published about the fight of FARC.

I remember that a short while before the capture in Ecuador of the commander Simón Trinidad – afterwards delivered by Uribe to the U.S.A. – he suggested that I come back to the Colombian jungle. The project was then to puncture because the Ecuadorian border became very insecure.

The Voice of FARC

Until his last day, Reyes was the voice of FARC in their dialogue with the world. But the guerrilla commander, assigned countless tasks, still found time to write articles, some on complex ideological questions, for the magazine Resistance, international organ of FARC, and to give interviews to newspapers in Europe, Latin America, and the US. In them, the knowledge and the firmness and the temperament of a hardline Communist had as a harmonious complement the culture of an intellectual humanist.

Uribe now celebrates the death of the combatant who, in the words of homage of Jaime Caicedo, the secretary-general of the Colombian Communist Party, was an exemplary revolutionary who "gave his life for the cause in which he believed."

The triumph of the neofascist president of Colombia that financed the paramilitaries when governor of Antioquia and has his name in the list of the narcotics traffickers elaborated by the Drug Enforcement Agency of U.S.A., but is today the best ally of Bush in the Continent does not have the power to make history.

The passage of the presidency in the countries of Uribe and Bush will leave barely a memory of shady acts and crimes against humanity. The march against the paramilitarism and for peace in Colombia, to will occur on day March 6th in Colombia and different capitals of Europe and Latin America, also now assumes the meaning of posthumous homage the Raúl Reyes. Solidarity with those who are beaten and they die for a democratic and progressive Colombia is, more ever, necessary.

Raúl Reyes enters, disappearing, assassinated, into the pantheon of the heroes of Latin America. As Sucre, as Bolivar, as Artigas, Che, Raúl Reyes surpasses the border of the only way of possible eternity - of the men who lived to serve humanity and to contribute so that it continues.