Affirmative action: Idea whose time has gone? (Part I)

In 1965, during a commencement speech at Howard University, then-President Lyndon Johnson stated, “You do not take a person who, for years, has been hobbled by chains and liberate him, bring him up to the starting line of a race and then say, ‘You are free to compete with others,’ and still justly believe that you have been completely fair.” 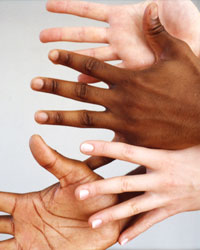 Affirmative action: Idea whose time has gone? (Part I)

With those words, the idea of affirmative action was born. Although it has been distorted and misused over the years, affirmative action simply stands for the policy that when two or more people are similarly (not equally) qualified for a position, be it employment or admission to an institution of higher learning, then the race and/or gender of an individual can be considered as a factor in deciding who to choose.

At its inception, many critics argued that the use of similar, instead of equal, in making hiring or admission decisions essentially meant that people with inferior qualifications were being favored, thus cheating not only more qualified individuals, but consumers as well, since they were being forced to rely on less qualified people for their goods and services.

However, what was ignored in this argument is the reality that, after over two hundred years of slavery and another hundred years of both de jure and de facto segregation, equality in America was a myth. Employers, in making hiring decisions, customarily considered the work experience of the applicant. This meant that white males, who were routinely hired for the most desirable and best paying jobs, always had the work experience advantage over their minority and female counterparts.

Besides the similar vs. equal criticism, affirmative action policies faced other obstacles as well, ironically from The United States Constitution—a document that was allegedly created to “establish justice, insure domestic tranquility . . . promote the general welfare, and secure the blessings of liberty . . .”

Article III, Section Three of the constitution outlaws “corruption of blood,” a practice that was once used to punish treason by denying the families of alleged traitors the right to inherit property. Many opponents of affirmative action have cited this clause as an indication that America’s founders expressly rejected the idea that the sins of the parents could be visited upon their children; thus people born after slavery was abolished should not be penalized because their ancestors were slaveholders, and people born after de jure racial segregation was outlawed should not be penalized because their ancestors politically or economically benefited from racial segregation.

Of course, those citing this argument conspicuously ignore another: if one should not be penalized for past wrongs, neither should one benefit from them. Yet rarely, if ever, has anybody in white America expressed a willingness to give up, or make reparations for, the economic benefits that slavery and segregation provided to their race.

Even the amendments added to the constitution at the end of the civil war—in particular the Equal Protection Clause of the Fourteenth Amendment—failed to bring racial justice to America. Although this clause optimistically promised that all races were entitled to “equal protection of the laws,” the courts soon interpreted it to mean that any laws or policies based upon race, even those intended to enhance the opportunities of historically oppressed minorities, had to survive the highest form of judicial scrutiny (known as the “strict scrutiny test”) to be considered constitutional.

Ironically such laws always seemed to pass this “strict scrutiny” test when they detrimentally affected racial minorities. In 1896, for example, the United States Supreme Court, in the case of Plessy v. Ferguson, ruled that racial segregation did not violate the Equal Protection Clause, thus making the doctrine of “separate but equal” the law of the land. In the 1944 case of Korematsu v. United States, this same court held that it was constitutional for the government to place Americans of Japanese descent into “internment camps.”

Even the landmark Brown vs. Topeka decision—which gave birth to the modern day civil rights movement by declaring that “separate but equal” was “inherently unequal”—did not resurrect the Equal Protection Clause. Instead the United States Congress had to rely largely on the “Commerce Clause” to obtain the constitutional authority necessary to pass civil rights legislation during the 1960s.

The death knell for the Equal Protection Clause finally sounded in 2007 in the case known as Meredith v. Jefferson County, but more accurately described as Plessy Restored. In this case, the racists who currently comprise a majority of the United States Supreme Court ruled that the Equal Protection Clause prohibits race from being used as a factor in the desegregation of schools. In perhaps the biggest display of hypocrisy since this increasingly corrupt court illegally elevated George W. Bush to the White House, many of the so-called “justices” cited the Brown case to rationalize their decision.

One of the world’s unsettled questions is whether art imitates life or life imitates art. Men like Connerly and Thomas appear to prove the latter, since their antics and self-loathing mirror that of Sgt. Waters (brilliantly played by the late Adolph Caesar), a character in the 1984 movie A Soldier’s Story.