Russian Foreign Ministry: The truth about the British Council

In the middle of October the British Council (BC) announced its intention to curtail by the start of 2008 the activities of its regional offices within Russia with the exception of its offices in the cities where there are the diplomatic and consular institutions of Britain . The British explained their decision by changes in the overall concept of Council activities all over the world. This coincided with our intensive discussion with the British side of the question of the absence of a legal base for the activities of the British Council in Russia . 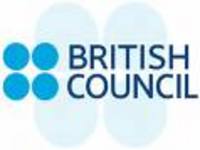 Russian Foreign Ministry: The truth about the British Council

The British Council began its activities in Russia from the early 1990s. Having first opened its main office in Moscow , the Council without an appropriate legal formalization set up in subsequent years a total of 15 regional representations of its. In violation of the 1995 Russian Government Resolution on the Procedure for Establishing and the Conditions of Activity of Foreign Cultural and Information Centers on the Territory of the Russian Federation , the British side not only did not obtain, but also did not request consent for the opening of these regional offices. Moreover, there were in the Council’s practical activities some violations of Russian legislation in the financial, taxation and other spheres.

Carrying out its activities under the umbrella of the consular institutions in St. Petersburg and Yekaterinburg, the British Council is in breach of the 1963 Vienna Convention on Consular Relations, because this organization has no relationship to either diplomatic or consular representations. Of course, we by no means call in question the right of consular institutions to promote the development of comprehensive, including cultural and scientific, ties between a represented state and a host stage. It is crystal clear, however, that these activities cannot be carried out under the shingle of other organizations not provided with diplomatic or consular status.

An abnormal situation has evolved, where the Council has for a long time been working on the territory of our country without any legal grounds for that. The agreement on cooperation in the fields of science, education and culture of 1994, to which the British side refers in confirmation of the supposedly legitimate activities in Russia of the regional offices of the Council, as applied to the British Council has but the character of a framework document which determines neither the legal status nor the procedure of opening nor the conditions of functioning of its offices. A separate bilateral agreement on the procedure for establishing and the conditions of operation of cultural and information centers was to have solved these issues. This document was precisely designed to create the necessary legal and regulatory base both for the activities of the Council in Russia and for the possible opening of Russian scientific and cultural centers in Britain in the future. But the unfriendly actions towards Russia undertaken by the British side in July 2007 and accompanied by the imposition of a whole array of discriminatory measures frustrated our efforts for the preparation of this document.

In the conditions of the absence of a legal and regulatory base governing British Council activities in the Russian Federation , the British side has been informed of the suspension from January 1, 2008 , of the functioning of all regional offices of the BC in Russia with the exception of its main office in Moscow . This involves a freeze on their work, including realizing the current projects, until the elaboration and conclusion of the above-mentioned Russian-British agreement.

In this case we would like to stress that the Russian side has always supported, and continues to do so, the development of ties with Britain in the fields of education, science and culture which are an important integral part of our interstate relations. At the same time this does not mean that the activities of organizations working in this sphere, including the British Council, can come into contradiction with the rules of Russian legislation and international law.