Empty words, or a heartfelt wish? In fact, how can anyone have a Happy New Year so long as we, collectively, do not redress the imbalance which has crept ominously into an international community, ruled by the USA and its nerve centre, Tel Aviv, which systematically disregards international law, flouts every norm of diplomacy and which spreads not peace and love, but conflict, discord and malevolence? 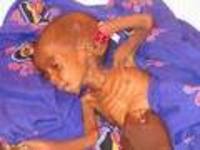 The coming of the new millennium brought with it great hope and high expectations that Mankind would be able to come together, living as brothers around our common lake – the Oceans, using the tools of diplomacy – debate, discussion and dialogue, in the proper forum – the UN Security Council – to address our differences in a spirit of openness and friendship.

However, as we approach already the second leap year of the millennium, it appears we are slipping further and further into an abyss. What we have is a world set upon the foundations of bullying, blackmail and belligerence. It is not true that there are many culprits and everyone has to shoulder some of the blame.

If the excuse to launch a vicious and savage, illegal and murderous attack on Iraq was based upon some warped notion of fighting international terrorism, how befitting this is of Washington’s tissue of lies, spun to dupe the US citizen into funding the war efforts which enrich the corporate elitists and their masters in Tel Aviv who have hijacked the United States’ government, its institutions and have sullied the noble precepts upon which that nation was born. In fact, they have profoundly insulted every fibre of what the Founding Fathers built.

Yet it does not have to be like this. On the eve of the birth of my first grandchild, I do not want him or her brought into a world which thrives on disrespect for international law. What sort of a savage has Mankind become? Would any of the major religions condone the situation whereby two hundred thousand million dollars are spent waging war in Iraq while the malnitrition rate among children in Darfur reaches record heights?

The average man in the street may decide to shrug his shoulders, because he thinks he cannot make a difference. But he can. Due to the fact that the majority of states are based upon the model of democratic governance, it is not difficult to hold political leaders responsible for following an ethical policy and accountable if they do not. It is every man’s right to demand that these leaders explain their positions very clearly before they are elected.

This being the case and if Mankind can collectively rise to the occasion, maybe we can say a meaningful and heartfelt Happy New Year to everyone, regardless of their race, colour or creed and hope once again that this time we will enjoy a year of international peace and friendship, building a brotherhood of nations and people living side by side in a secure world, without hatred or killing.

They say hope is the last to die.