How the CIA Functions

The CIA held prisoner Mohamed Farag Ahmad Bashmilah in several different cells during his incarceration in the secret net of prisons known as “black holes.“ But the small cells are all almost equal to each other, around 2 by 3 meters. Oftentimes Bashmilah was completely naked, and oftentimes handcuffed for weeks. 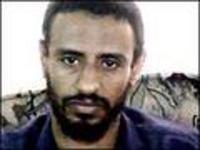 How the CIA Functions

In these cells, he was chained by the ankle to a metal staple fastened to the ground. There was a small latrine. In another cell, nothing but a bucket. Video cameras were recording all his movements. The lights were always on so that there would be no day or night. By speaker he was bombarded continuously with noise, or with rap music, 24 hours a day.

Policemen had uniforms and black masks. They would not say a word when Bashmilah was taken for interrogations, one of his rare interactions with other human beings for a period of 19 months in prison. Nobody told him where he was or when he was going to be freed.

How much is enough before making anyone go mad? In the end, Bashmilah tried to cut his wrists with a small metal piece and, with his own blood, scrawled on the walls of the cell the words “I am innocent.“ But the CIA covered them with paint.

Then Bashmilah stopped eating. Even when his weight went down to 40 kg, he would still be dragged to an interrogation room, where a tube was forcefully put down his nose and his stomach. They fed him with liquids though the tube. The CIA would not allow him to die.

Several times, when Bashmilah’s mental state degraded dangerously, the CIA tried doing another thing: he was handed over to the care of mental health professionals. Bashmilah was treated by psychologists and trained psychiatrists. “Tentatively to make me recover my spirit and to tranquilize me,” said Bashmilah said in a telephone interview, with the help of an interpreter, from his native Iemen. “One of the things they were telling me was not to repress my crying and to breathe“.

Last June, Salon revealed the use of psychologists by the CIA to support in the interrogation of the terrorism suspects. But the role of the mental health professionals working for the CIA in the “black holes” so far was unknown in the hair-raising history of the secret arrests of the Kafkian Agency abroad.

Little information was published up to now about the conditions of Bashmilah’s incarceration. The detailed descriptions of the interview granted to Salon and of recently filed judicial documents give us a first complete description, in the first person, about captivity in a black hole of the CIA.

Lawyers and human rights advocates methodically reconstructed his entire case, using Bashmilah’s descriptions about the cells and the jailers, as well as documents of the governments of Jordan and of Iemen, and the advocates of the United Nations High Office for Human rights verified his evidence. The flight records, with the details of the movements of CIA planes, also confirm Bashmilah’s, statements following his trail through the Middle East, even to Afghanistan and then in turn, already imprisoned in the USA.

To read the original: