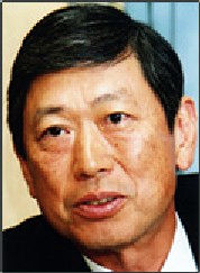 Tokyo will boost a joint U.S.-Japan missile defense system, Foreign Minister Masahiko Komura said and emphasized that it was not directed at Russia . He met with Russia’s foreign Minister earlier Tuesday.

Komura, who met Russian Foreign Minister Sergey Lavrov in Tokyo, was responding to recent concerns voiced by Moscow that the missile defense plan could be an effort to preserve military superiority.

"Our missile defense is not a spear, but a shield. It is an exclusively defense-oriented policy of Japan," Komura told reporters. "We intend to push ahead with our plans together with the United States," he said.

Tokyo and Washington have been jointly developing an advanced missile defense system, and have stepped up joint missile defense programs since North Korea's missile launches and nuclear test last year.

The two countries held a regional ballistic missile defense drill in July, with another round of exercises scheduled for November. The U.S. also keeps about 50,000 troops across Japan under a bilateral security pact.

The talks between Komura and Lavrov, who is in Japan on a one-day visit, came after U.S. and Russian negotiators ended talks in Moscow on Friday over a range of issues that have chilled relations, including a missile defense system the U.S. wants to build in Eastern Europe.

Lavrov was slated to leave Japan Tuesday night for Harbin, China, where he was to attend a trilateral ministerial meeting with China and India, according to Japan's Foreign Ministry.