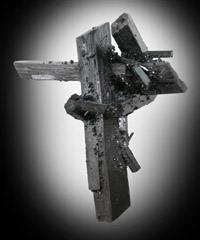 Yevgeny Anoshin, spokesman for Rostekhnadzor, an agency that oversees mine safety, told ITAR-Tass that a group of miners had burned automobile tires on Friday deep in the closed mine to melt the extracted tungsten, a heat-resistant metal used to make light bulbs.

Since the mine lacked a ventilation system, the extremely high concentration of carbon dioxide became lethal, Anoshin said.

Seven other miners were saved by rescue workers, ITAR-Tass reported.

The mine, located seven kilometers (four miles) from the town of Zakamensk, was closed in 1996, but several residents continued to descend into the pit to extract tungsten.